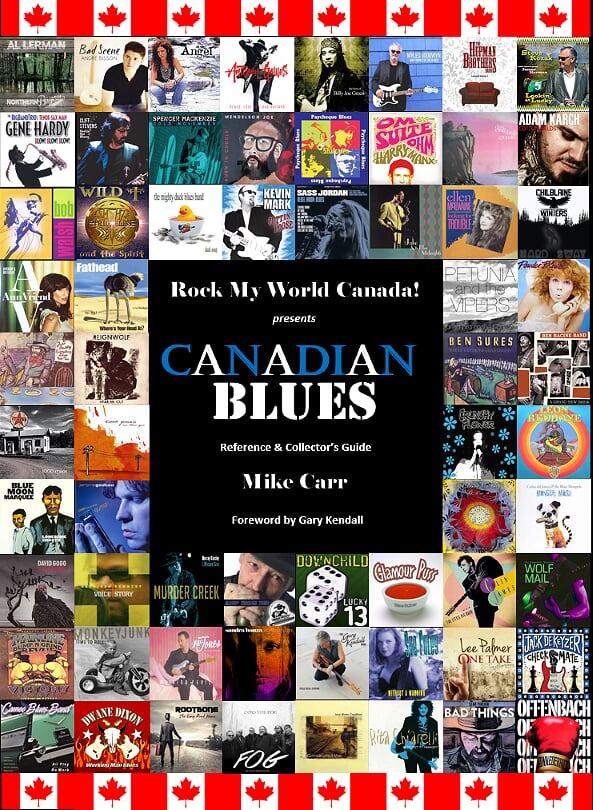 “It’s all about the music,” Carr considers. “I started this project as my personal commitment to help support Canadian musicians. No matter what genre you favour, we have a vast amount of talent in this country. The goal is for readers to discover something new.

“Just like a song can trigger certain memories, I found album covers could do the same,” he continues, marvelling. “I remember when I was younger, I could hardly contain my excitement when, after purchasing a new album, I could admire the artwork, review the liner notes, and check out the band credits.

“In this digital age, though, it appears album covers have become a lost art.”

Carr’s first foray into the project was in 2013 and, in 2018, he published the series’ print debut: Canadian Alternative & Indie Reference & Collectors Guide. That first tome featured over 900 musical acts and upwards of 3,000 album covers — spanning the gamut from the genres most famous to nearly-never heard of Canadian artists.

“I’m sure there are hundreds of acts that I missed, so please no hate mail,” he quips. “The series is designed as a compilation of the history of each musician or band as shown by the studio album releases and a short biography. The qualifier for each artist to be listed in the book is they had to have recorded at least one studio album or EP — so no splits, live, or compilations, unless deemed historically significant.”

The releases are designed to be tangible, hard-copied companion pieces to his website — the digital archive that is RockMyWorldCanada(dot)ca. “It’s so these issues don’t become outdated,” Carr explains.

Alan Cross says of the project: “If you’re at all into collecting / cataloguing / researching Canadian music, this pictorial discography — and the ‘pictorial’ part of that description is very important in the digital era — will be immensely valuable. It’s fun to flip through, too, because it offers a new perspective on a whole universe of our music.”

“Finally someone has stepped up and dedicated hours, days, months, and years to a project that documents what Canada has contributed to the world’s wealth of Blues recordings,” Downchild Blues Band and Mighty Duck Blues Band member Gary Kendall adds. “(This book) bears witness to a growing art form.”

“I do not profess to be a writer, so let’s be clear about that,” Carr laughs. “But like most Canadians, I am a music lover and, although I’ve never been a musician, I always felt I missed out on something in my life by not being an active participant in the music community.

“This is my contribution.”