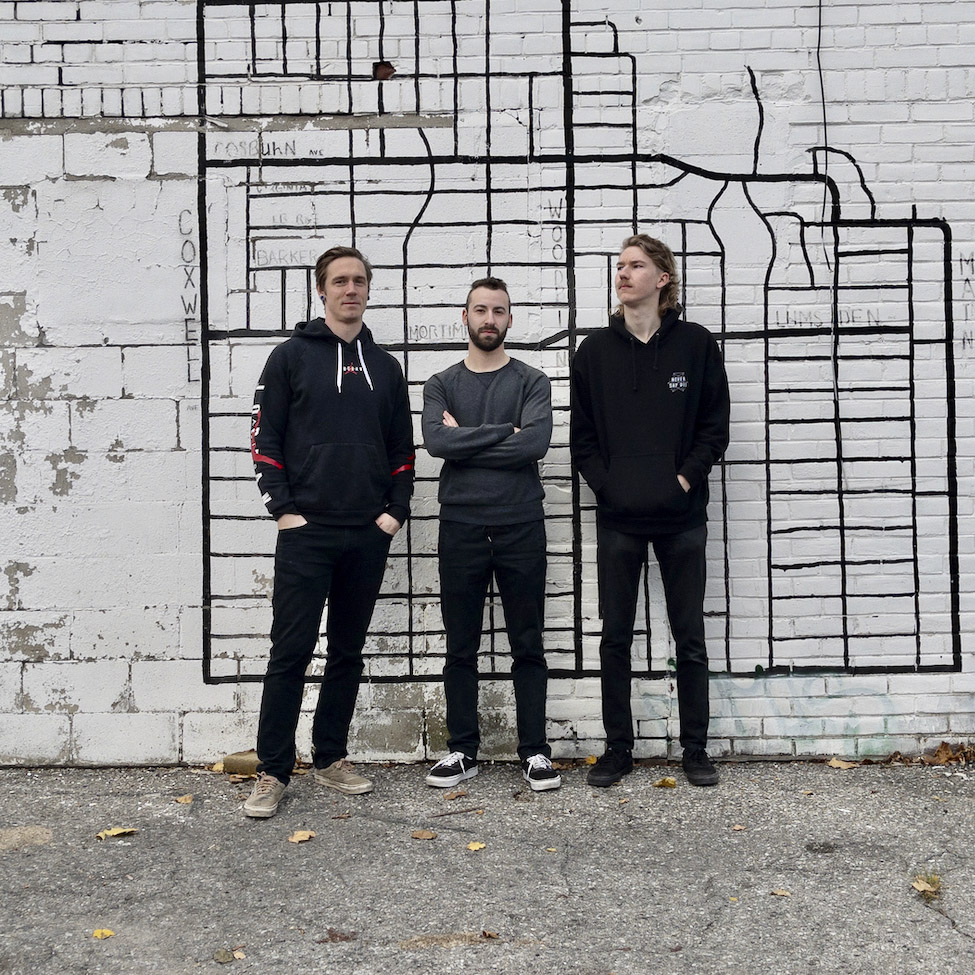 The new track from post-hardcore outfit GURTH is a simple request and, after one spin, you’ll be ready to accept; “Take Me Home” from the Canadian rockers and you can watch and listen on YouTube here:

The band — Taylor Martin (Frontman, Vocals, Guitars), Brody Post (Vocals, Guitars), Vadim Balanyuk (Bass), and Daniel Goldstein (Drums) — have laid down a screamo anthem for the ages. An understated plea that builds to a begging bellow, infused with a haunting melody that coils your heart along the way, this hard-hitting rock track is punk at its core, alternative in its layers, and metal on the fringes.

“Take Me Home” explores Martin’s introspection in the aftermath of a love gone very wrong. He describes his “vulnerability to her hook” in the lyrics:

You were built to tap into my anxiety,
I was built to build the need for you to rescue me,
There are kinds of hardened wounds that travel deeper than the bone...
My straw heart was always filled by the place I laid my head,
And in your arms I starved or over fed.

He recalls “cycles of chaos, of extreme love bombing, to ice-cold indifference — the latter always leaving me yearning for the former…”

“At the time, I felt this experience was significant, but unique to me,” he continues. “Looking back, I realize it’s a pretty normal thing many people go through.”

This realization fueled by formidable courage to scream, pound, and playout raw, painful truth results in the resonating power of the entire album.

The creative power of The Well, an apt image synonymous with a dark, subconscious force, suggests that music needs Martin just as much as he needs it. More than a mere breakup album, “The Well represents an awakening: the shift from autonomic, robotic movement through life to self-awareness, and a conscious understanding of why the hell I got myself into this mess,” he continues. “I already feel nostalgic for this period of instability, pain, transformation, and growth; an indication that I need music to deal with the discomfort I feel in times of peace.”

As a band, GURTH’s birthplace was in 2015 in Toronto, the heart of Canada’s indie music mecca, when Martin and Goldstein first met and began developing a distinctive sound. They released two experimental EPs — Autophage in 2018 and A Better End in 2019 — both well-received by the hard-rock community of the 6ix.

Building on that early success, they fleshed out the lineup with Post and Balanyuk, and set out to write and record their forthcoming debut LP, The Well.

The Well highlights GURTH’s iconic blend of contrasting sound: the sweet highs of euphoric infatuation and deep lows of eviscerating heartache, “Take Me Home” begins soft and builds like a rollercoaster, taking us on a wild ride through intense obsession, barreling toward the inevitable reckoning.

This ride is the maniacal muse for ensnaring melodies, electrifying beats, and crushing lyrics — all demonstrating GURTH’s mastercraft. Beyond first-rate composition, The Well is all heart.

These four musicians from Toronto have seen love in the dark. They’re not afraid to bring it into the light and take it home.