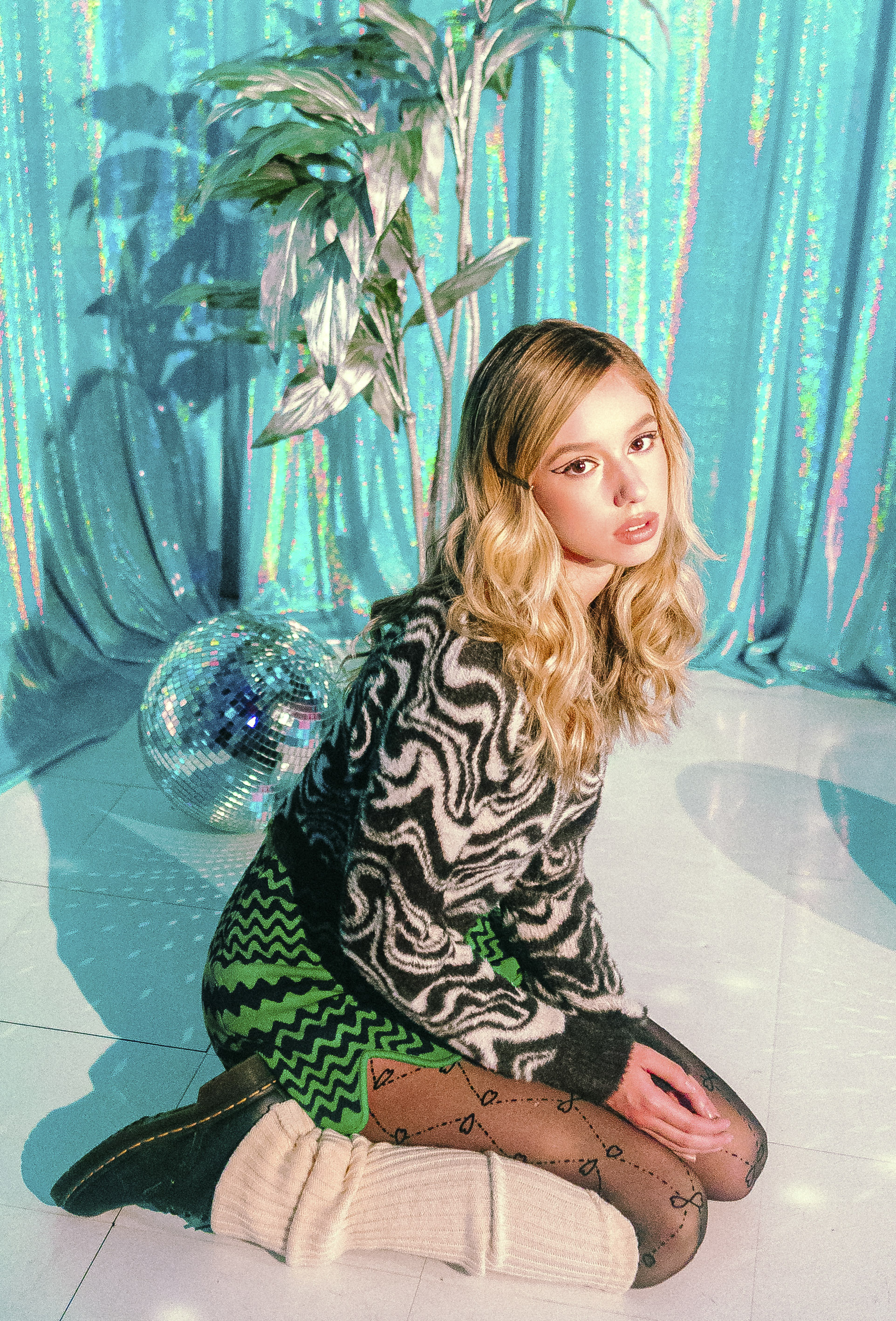 A good rule of thumb: The type of dude who has posters of babes on his wall is often not the type of dude you want to date. And Los Angeles-based pop diva Kayla DiVenere sings like someone who’s learned this lesson the hard way on her searing new single, “Megan Fox” – check it out on Spotify here:
open.spotify.com/track/3qboOCxreAR56KwFV8Zc7S?si=01c91041ec934069&nd=1

With a foundation of artfully dissonant industrial beats, “Megan Fox” tells the story of a young woman whose boyfriend compares her unfavorably with a poster of Machine Gun Kelly’s fiancée… And it doesn’t end well.

“Why can’t you be more like her”
Your famous last words
And if we’re just taking turns
Well, I’ll go first:
You can go and get a new girlfriend”

The song’s overarching theme of a talk-sing “argument” over sparse beats is interrupted by interludes of melody, allowing the listener to experience the narrator’s deep sorrow over being unfairly compared to a Hollywood actress, as well as her stomping, justified rage. ‘Try my best, but I always just end up fuckin’/ Stressed I’m not tryna be your second best.’

It’s a song that reflects with unflinching honesty the prison of impossible female beauty standards. “’Megan Fox’ is a fierce twist on the frustration of never feeling good enough in a relationship,” DiVenere said. “It outlines the insecurities of constantly being surrounded by unachievable standards of perfection.”

DiVenere penned the song based on a wounding personal experience. “I felt like no matter what I did, I could never please this person, be good enough for them or ever give them what they wanted, no matter how hard I tried,” she shares. “I poured buckets of my frustration out that day and wrote a mega-empowering song that I later jammed out to in my car and. let me say, it was better than therapy.”

She adds that no one should have to be in that predicament of feeling not good enough in a relationship.

Well-known for her roles on hit shows such as “Law & Order”, Hulu's “Love Victor,” and Hulu's "Light as a Feather” – not to mention feature films such as “Under the Silver Lake” – Kayla DiVenere is a teenager enjoying incredible success in her budding music career since bursting onto the scene in 2018 with her debut, “Youth.”

At more than 1+ million streams across Spotify alone, the songstress is making an indelible mark on the industry with her innate talent, songwriting ability, acting, and showmanship. Her last single with a celebrity name, “Justin Bieber,” about teenage fandom, garnered 1.5 million views on YouTube, and her star just keeps on rising.