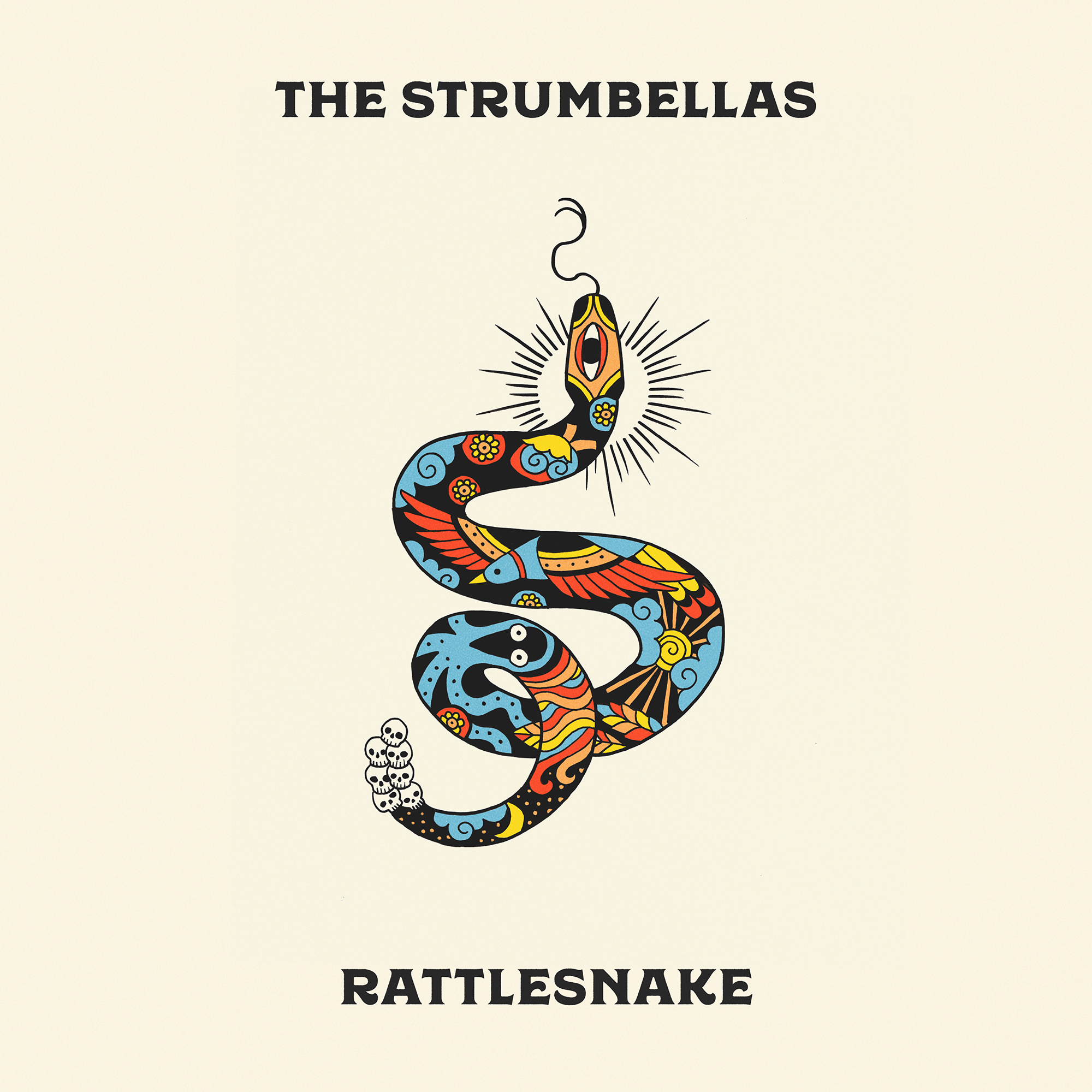 Rattlesnake marks a stylistic turn from the group’s melancholy, introspective releases, to an uplifting album with songs that focus more on optimism. Produced by Tim Pagnotta (Elle King, Walk the Moon), co-produced and engineered by Brian Phillips, the album was recorded on the band’s home turf, at the legendary Bathouse Recording Studio outside of Kingston, ON and at Revolution Recording in Toronto, ON.  The nine-track body of work is the sunny side of the street follow-up to The Strumbellas’ Billboard Charting third album, Hope, which featured the #1 single, Spirits.

“Well, after the last tour, Izzy had a baby, I got an English Bulldog, Darryl travelled to Bali, Jon built a cottage, Jer drove all the way across Canada in his 85’ Camper Van, Dave grew a moustache and we made an album that we are REALLY proud of,” commented Simon Ward. “Everyone in the band is SO excited to get back on the road to show everyone some new music.”

The release of Rattlesnake will be accompanied by a spring headline tour, which will take the band over to Europe and across the U.S. They will be performing at the Canada Winter Games in Red Deer, AB on March 1st (with more dates to be announced soon). See below for tour details.

The Strumbellas are Simon Ward (vocals, acoustic guitar), David Ritter (keys), Jeremy Drury (percussion), Isabel Ritchie (strings), Jon Hembrey (guitar) and Darryl James (bass). In 2017, they won the iHeartRadio Music award for Best New Alternative Rock Artist of the Year and collected the JUNO Award for Single of the Year ahead of Drake, The Weeknd and Shawn Mendes. From the onset the band received critical praise from the press: "The Strumbellas have perfected a story arc that's summed up in the title of their new album Hope,” wrote The New York Times and “The Strumbellas aren’t just taking on the US, they are taking on the world,” declared Forbes.