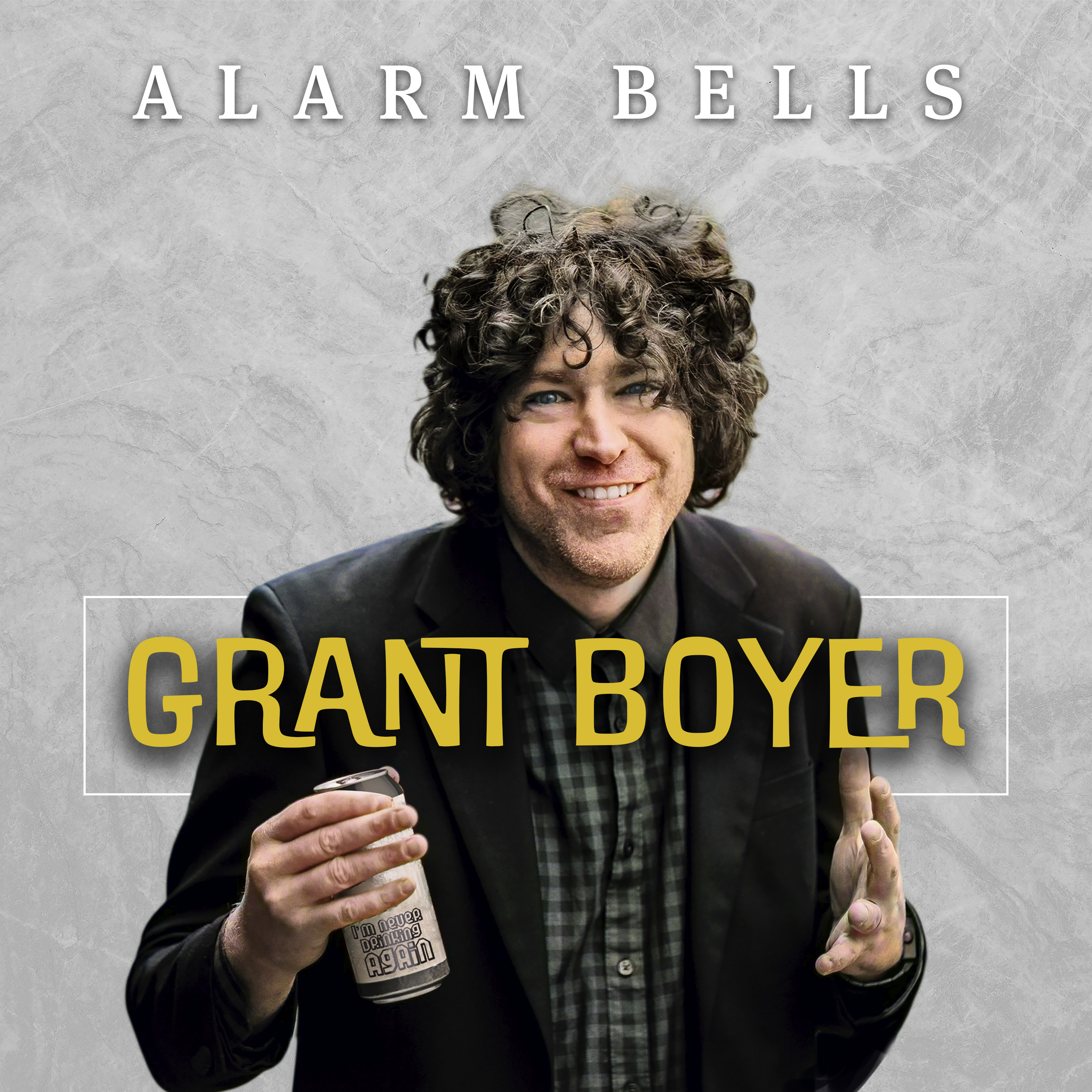 Foggy brain; pounding head; the flashbacks of what might or might not have happened – we can all relate to the morning-after regret from a night of heavy drinking. With grungy riffs and verses full of humor, Grant Boyer captures all the angst on his new single “Alarm Bells (Never Drinking Again)” – check it out on YouTube here:

Inspired by ’90s bands like Nirvana and Weezer (and infused with the fun, kitschy bratty-ness of Ugly Kid Joe), “Alarm Bells” is a wild romp through a night of partying, and panic the next day.

My head is pounding and I woke up on the floor
Alarm bells are sounding and my landlord's at the door
Drank all the rent again,
Drunk dialed my girlfriend,
Now she's not my girlfriend anymore

The corresponding music video, produced by Sam Samiak, depicts a crazy group of hard-partying friends drinking straight from the bottle, drinking out of a bong, and then passing out in a heap on the floor. The video cuts back and forth between the party scene and the band playing and starts out with a landlord getting ready to ring the doorbell.

There’s a mournful, wailing guitar solo that seems to, in its lament, express the same sentiment repeated over and over in the chorus: “I’m never drinking again.” “It was fun trying to make a guitar sound drunk,” Boyer confesses.

“I just wanted to make a fun and relatable song that hopefully makes people laugh,” he continued. “I think most people can relate to the struggle to not drink anymore.”

Grant Boyer is a founding member of Canadian rock group Golden Gate Graves. During their time, the band released a significant catalog of music, toured Canada coast to coast in 2010, and shared the stage with many great Canadian acts including Big Wreck, The Tea Party, Mother Mother, USS, April Wine, and Trooper among others. After five full-length records, the group disbanded in 2018.

As a solo artist, Boyer has shared stages with Honeymoon Suite, Hollerado, Moist, and performed on multiple legs of Canadian tours with members of the Trailer Park Boys. Between 2018 to 2020, Grant took some needed downtime and built a small family in the process, yet never stopped writing new music. His current releases fall under the category of edgy alt-rock with a dash of humour. Don’t call it Dad Rock.

For more on Grant Boyer visit his website: grantboyer.ca