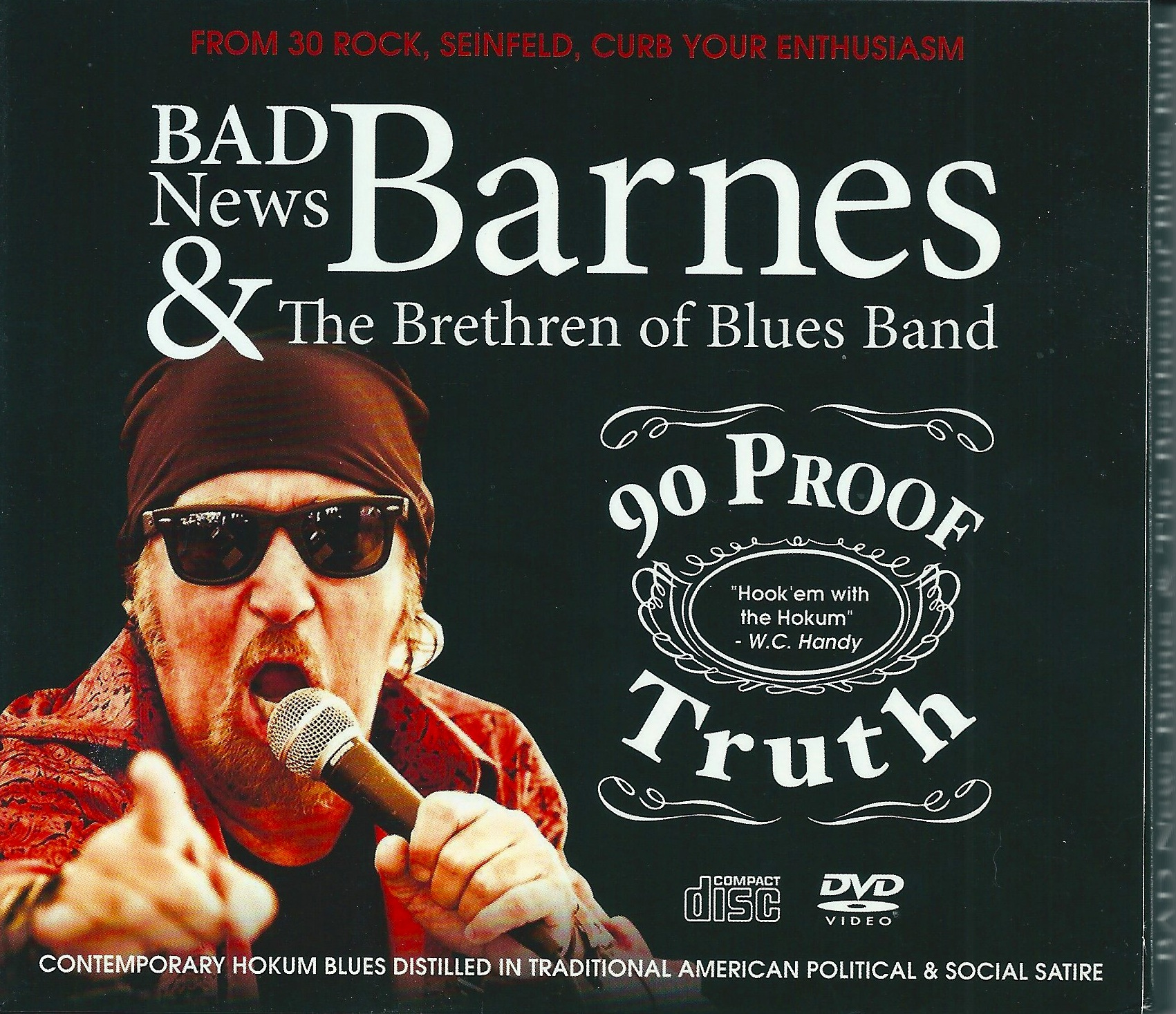 A dozen tracks of complete hokum, as it clearly says on the album cover, from one of the USA's finest hoaxers and hoary frontmen. This guy is not just a comic with a challenging sense of humor, he's also one helluva singer/songwriter with an at times decidedly jaundiced eye on the skewed social and political world of modern America. I have to declare an interest from the very off with this offering: I absolutely love it. It makes me laugh out loud and the sheer inescapable mastery of the full-tilt, Stax-like horny (pun intended, as Barnes would expect) musical backing makes for totally irresistible stuff.

Barnes crosses genres as easily as he reaches out to cross-dressers, straights and gays with a full-hand of delicious songs. From the opening track, "America Needs A Queen", with its sublimely comic lyrics demanding a gay leader on top, you know where this collection is likely to take you - a rolling ride of excellent music packed to bursting with wit and wisdom, sure-fired soul and super sounds. Religion also comes into the firing line with a marvellous number, "Westboro Baptist Blues," that should carry a health warning along the lines of 'Do Not Listen While Eating or Drinking' - for fear of spraying your near neighbors with half-chomped, slurped debris.

A wonderful fun album with a backing band that includes the likes of the late, Lew Soloff on trumpet and around half of the surviving members of Blood, Sweat & Tears, among others. And as a bonus - if such was needed - this is a double CD/DVD release, so you can also watch the mayhem as it unfolds.