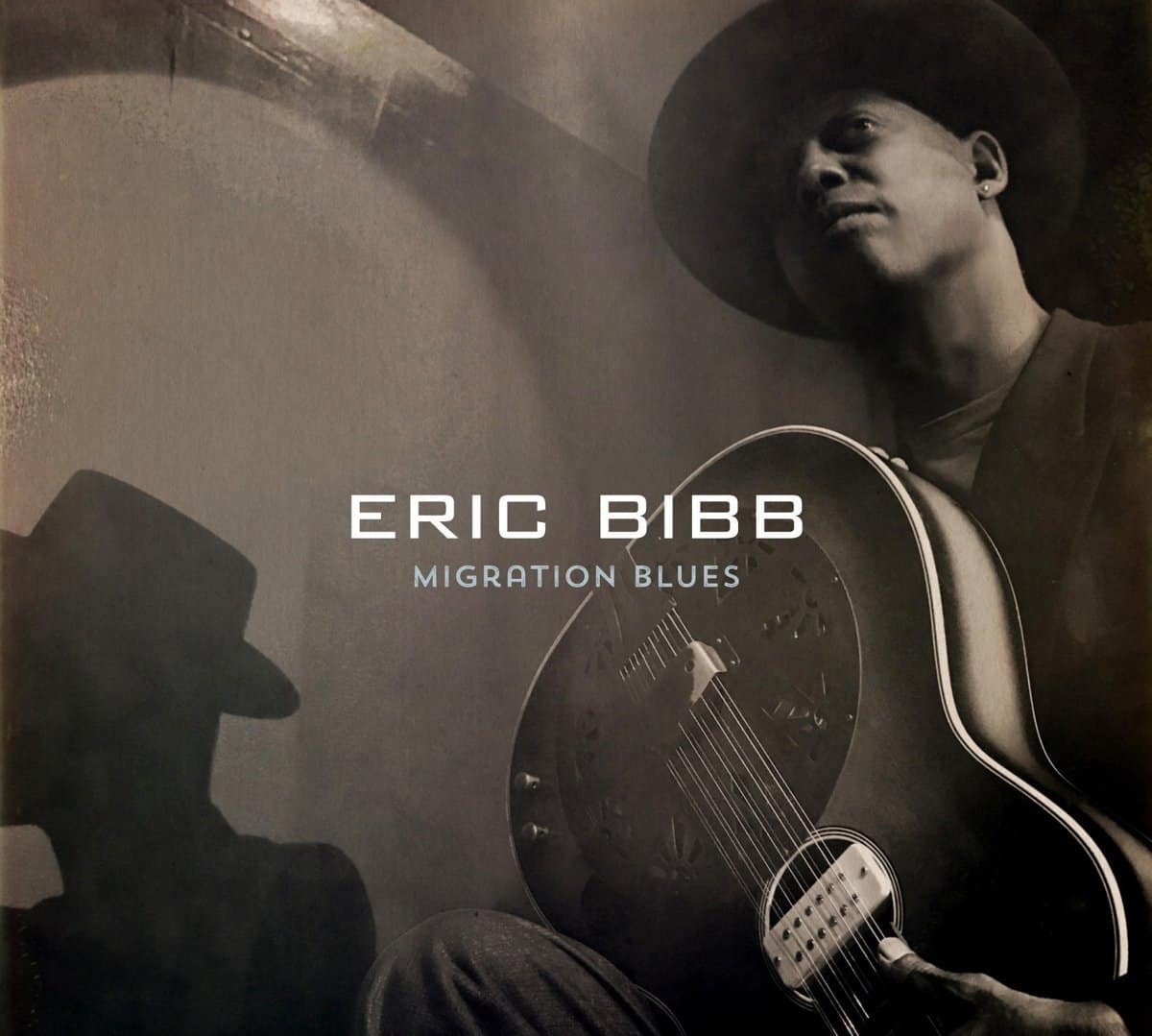 There are some musicians who seem to achieve the near impossible by imprinting themselves in a memory with a flash of sheer individuality, a signature sound or something similar that makes them instantly recognisable. We can think of Dylan, The Beatles, The Stones – all musicians that have captured that remarkable essence over the years. I’m not trying to say that New York-born bluesman Eric Bibb is the new Lennon, McCartney or Dylan but he does have that extraordinary quality of a voice and musical style that renders him immediately recognisable, a rare familiarity bound up in his very being.

By my reckoning this is about his third release in the past twelve months, following hot on the heels of The Happiest Man In The World and Lead Belly’s Gold. Migration Blues takes as its theme the seldom more relevant subject of often necessary movement of the underprivileged and disadvantaged and the struggle for survival in a harsh world. Bibb has the evident ability to write songs with depth and meaning that also retain memorable melodic hooks and soulful purpose.

Anyone who has caught Bibb at his sound-check before a live gig will know just how much effort he puts into the search for aural perfection, a trait that he carries into the studio; he recently told me he loved touring but was comfortable and relaxed in the studio where he can hear what’s going down in an optimum setting.

With Migration Blues he is again joined by his old touring and studio buddy, Canadian Michael Jerome Browne on support guitar and French blues-harp ace, JJ Milteau, who also featured strongly on the Lead Belly tribute release early in 2016. Now into his mid-sixties, Bibb is no longer the young kid on the acoustic blues block. Instead there’s a maturity and essential inner strength that shines brightly with each successive release from this wonderful musician. Migration Blues is yet another essential album for his ever-growing, legion of fans worldwide. Buy it, it’s excellent, even though his take on Masters Of War brings nothing new to the table.