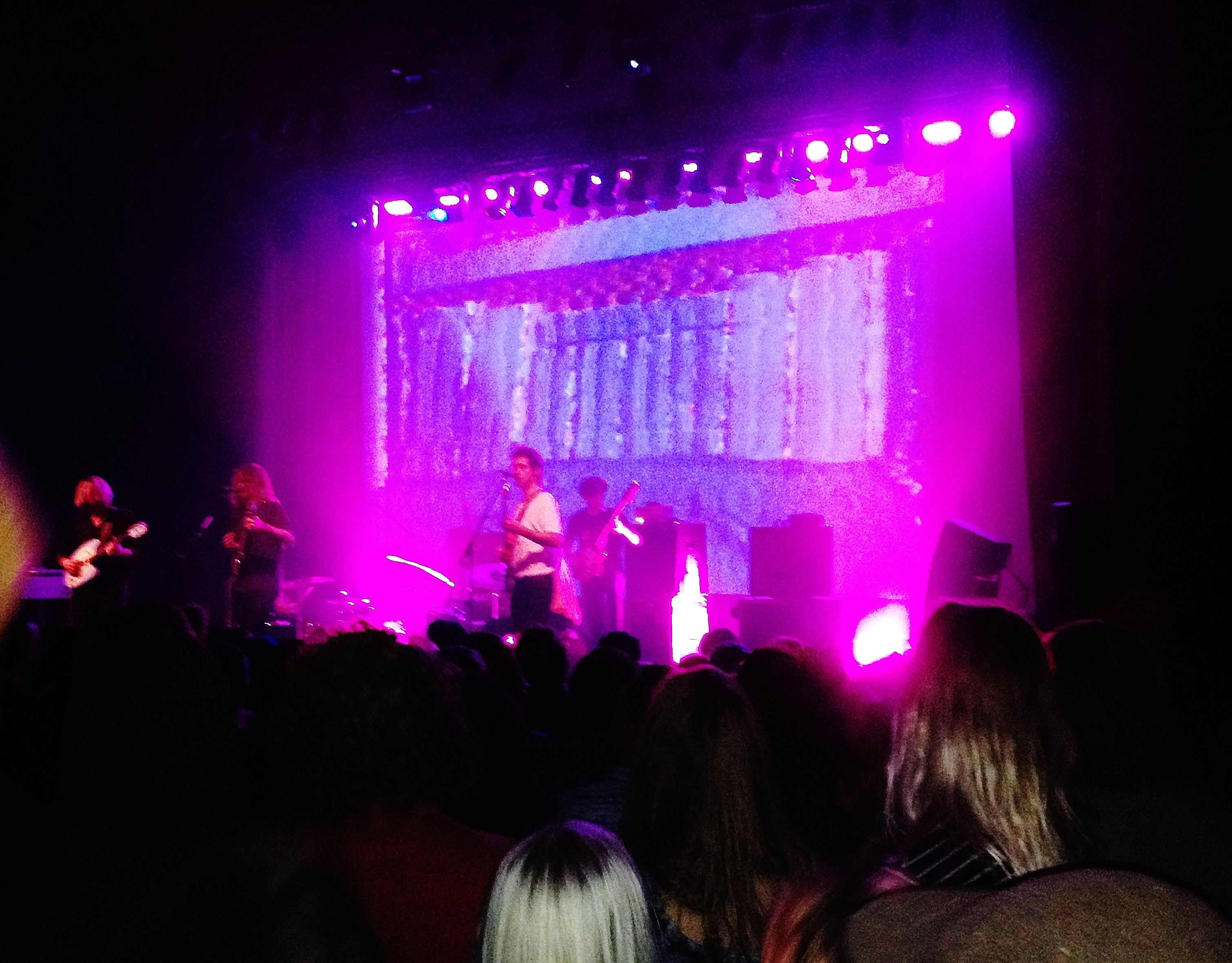 Opener Orb stormed through the bottom half of their set to a two-thirds full room. When the left the stage it was full and by the time King Wizard and the Lizard Gizzard came on we were jammed up against the walls and the bars and if the woman in front of me stepped back just another millimeter I was gonna have to buy her dinner. Not bad for an act that gets zero airplay, whose albums are hard to find and whose music fits no genre. Someone noted that this was their third time in Toronto and each time, they play a larger venue, then turned to cheer for the roadies moving stuff around. That was how pumped the crowd was and the band did not disappoint.

The take-no- prisoners tone was set with the rapid fire drums and soaring line from the three guitar players which backbone opener'Gamma Knife'. 'Lord Of Lightning' 'Nuclear Fusion' and an atonal song from the new album kept the rush strong as they built up to the explosive 'Rattlesnake", and its chant along chorus.

Respect for the soundman who delivered a mix at a volume befitting two drummers and three guitarists without losing the high ends in the roar. Worked well for Stu Mackenzie's vocals too, which showed a ton of range between ominous growls and Robert Plantish flights into the upper registers.

By this time, every song was greeted with raucous vocal thunder which at certain times, got even louder. This happened I was told, whenever the band played an older song from the 9 album back catalogue, like the hugely popular "I'm In Your Mind Fuzz" and " Hot Wax."

Current album Flying Microtonal Banana is intended to reference the atonal scale common to Arab musics and it does so both in the recurring elements in the songs structure and embellishments like the moments of unusual guitar sound, seemingly pulled from Eastern/Arabic folk guitar. The other recurring elements is how often the vocals are emphasised by the guitar, which tracks the melodies, note-by-note. This is most effective on the slower jams (yes, they have those), not so much on the bangers like the title track but it's a sure bet that eastern music styles will become absorbed fairly smoothly by the omnivorous thing that is the King Wizard and the Lizard Gizzard sound.

When they throw down onstage, the folks they come from miles around to dig that crazy LizGizz sound. Can't wait to do it again.