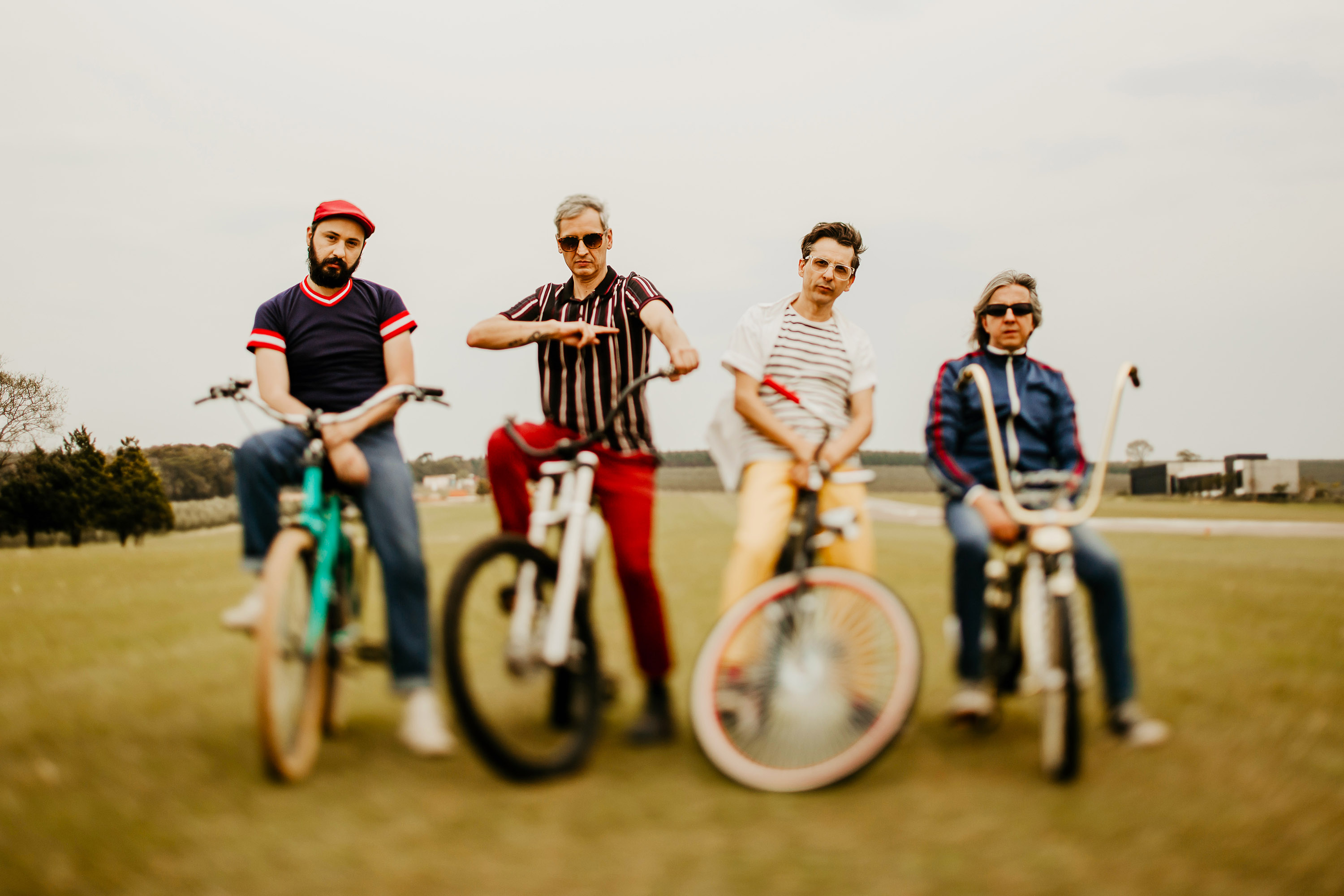 Brazilian alternative rock band WRY blesses the musical landscape with their electric new single ˆWhere I Stand” — check it out on YouTube here:

The latest single off of WRY’s forthcoming splashy new album Reviver is a poignant love song about the complexity of relationships, and our place within them. The airy nature of the music accompanies the hopeful tone of the message embedded in the lyrics, and demonstrates the sophisticated approach to music that flourishes within the well-travelled band.

“I’m going through this thing in my head
Love is here but she is in despair
I can see her in the shadows
She’s waving in slow motion
I’ll bring her back.”

The international appeal of WRY’s unique flavour is effortlessly telegraphed through their lyrics like a warm breeze across the sands of Brazil’s world-famous beaches. The fun and liberating aesthetic of the band is conveyed further through the music video by renowned director Alex Batista. The video is a callback to childhood innocence with the band riding bicycles on an airplane runway in their hometown of Sorocaba, Brazil.

ˆWhere I Stand” joins nine other catchy tracks set to form Reviver — the third in a trilogy of album releases planned by the band; the award-winning first record release, Noites Infinitas (2020), and the second remix album, Reimagining Noites Infinitas (2021) were released in the past year to critical acclaim.

For its part, Reviver is composed of musical arrangements accumulated throughout WRY’s career that have been resurrected and re-recorded. WRY’s philosophy is to “rescue and recycle art,” and “to show how timeless the power of music can be.”

While the writing process took place in multiple countries, the recording process occurred at the band’s own Deaf Haus studios in Sorocaba, Brazil. With a culturally diverse and rich musical history, there is no shortage of inspiration for any aspiring band in Brazil. WRY was formed in the late 90s to counter conventional sound, and take cues from genre-defining artists — including The Cure, Sonic Youth, My Bloody Valentine, and The Clash.

WRY’s debut album Direct (1998) would find some success locally before moving their musical operation to London, UK, to develop their artistry further. Gracing soundstages across Europe allowed the band to refine their craft while putting their music out in multiple formats on cassette, CD, and vinyl. The band is currently composed of Italo Ribeiro on drums, William Leonotti on bass, guitarist Luciano Marcello, and vocalist/instrumentalist Mario Bross rounding out the group.