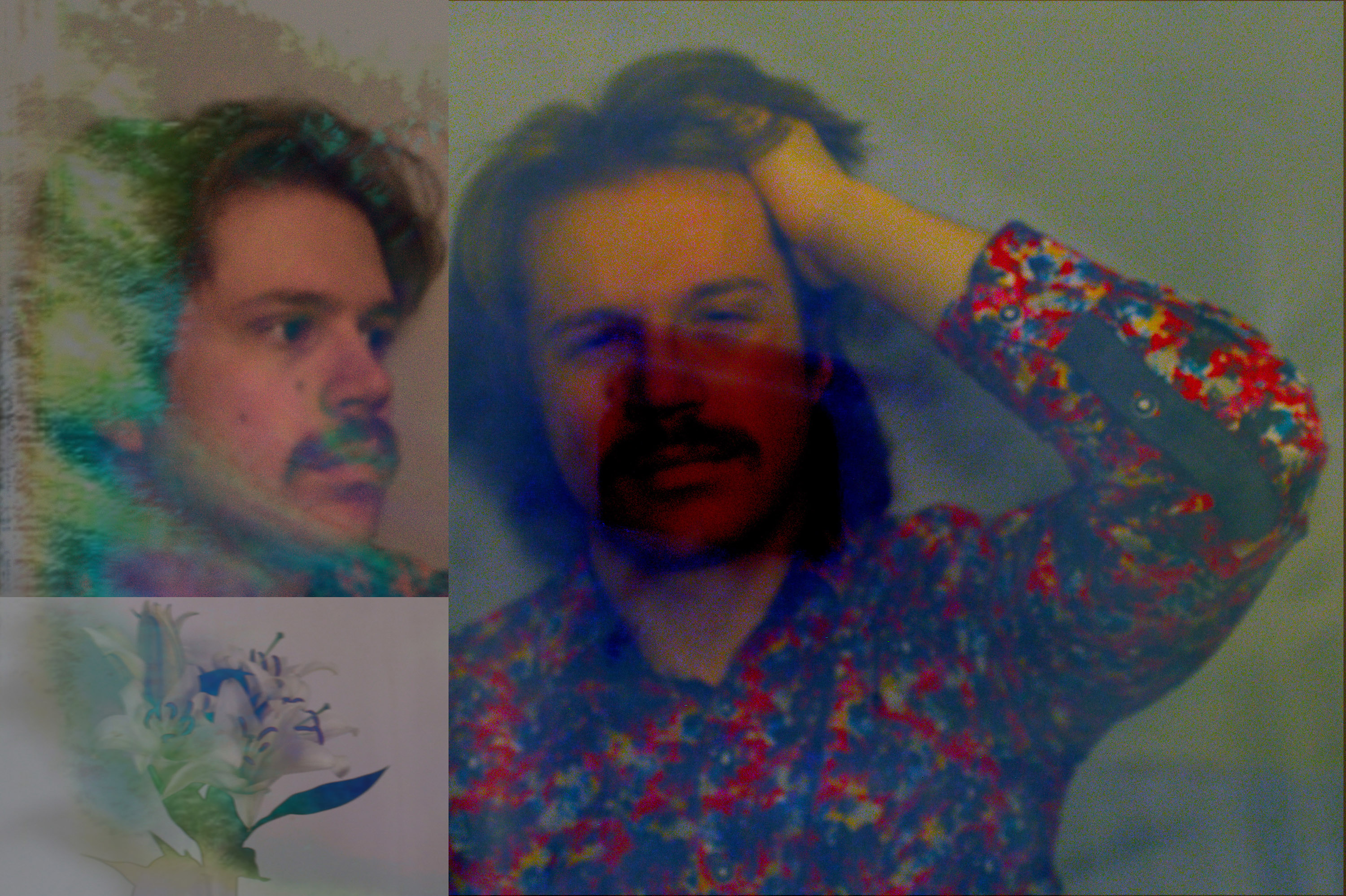 The brainchild of Calgary-based musician Dominic Demierre, the song is the latest to land from Celogen’s most recent LP, Wastebasin Lake — an unleashing of industrial electronics combined with guitars, keyboards, strings, and horns… All of which make their heady debut in “The Red Lips Called Snowfinch.”

Certain melodic elements tempt to lure the listener into a final resting place while counter melodies and dissonance remind you that this is a journey that is just beginning — for both the main character of the story and the listener.

A tale of two young lovers out for a drive at night, “The Red Lips Called Snowfinch” is a sonic adventure through limbo; one falls asleep at the wheel and, when he awakens, his lover, Snowfinch, has transformed into a silkworm. “In shock, he drives his car into Wastebasin Lake, and the album goes on from there,” Demierre explains.

“I wanted to explore the ability of an album to tell a story beyond a simple emotional arc,” he continues. “This album represented a change for me… The words are deeply personal.”

While “The Red Lips Called Snowfinch” is a stimulating production of its own merit, Celogen prolifically conveys a story that will sit deep in the listener’s gut long after the song ends, leaving them immersed in dramatic and alluring worlds.

‘The red lips called Snowfinch / The air smelling cleaner, you touch her skin.’
‘But warm blood meets cold, long white body spews red flow / you jerk the wheel to the lake below’

Through hauntingly familiar melodies inspired by pop and driven by chaos, the notion is further underscored throughout the release.

“This is a strange album,” he nods. “It has many recurring motifs and a reality-bending story…

“Despite my longing for experimentation, I never intended to be numbingly avant-garde,” he continues. “At its core, Celogen is — and will always be — a reaching to touch others via the magic of pop songwriting.

“After all, no matter one’s wanderlust, the gift of human connection remains paramount.”

For his start on the scene, Demierre found himself playing in a handful of post-punk and emo bands during his years in university; as time went on, however, he found himself boxed in. The chaos of people being drawn into their own separate genre corners drove Demierre to break out — to seek out something unique that he could call his own.

Reaping the benefits of prior experience, Demierre created Celogen: a boundary-stretching solo project.

Three EPs and three full-length albums have been released under the moniker since 2018 – a manifestation of the desire to cut loose from so many readymade aesthetics and seek out something unique. These include 2020’s Celogen Was Built by Ghosts, for Ghosts, 2019’s Goodnight Childsprite, and 2018’s Stonehome, Tameplane, and Doveflood.