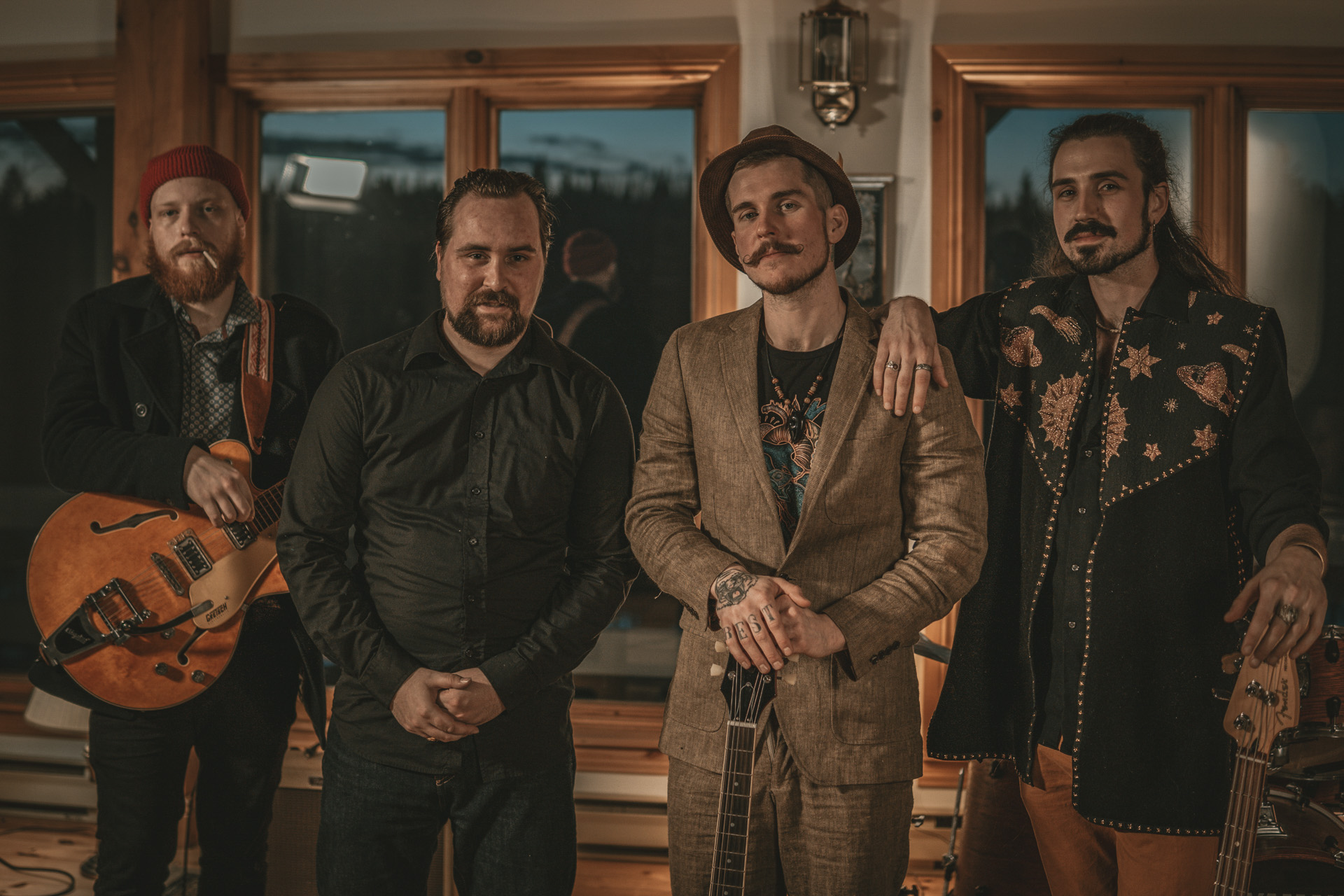 You could call it a breakthrough for a universal woe, or simply the latest single from Before The Dinosaurs. But either way you slice it, the indie rock four-piece from Canada’s East Coast are celebrating “Cure For A Heartache” – check it out on YouTube here:

“Cure For A Heartache” is a twinge of pain, served neat over a tumbler of acceptance.

“The song was written in the summer of 2021 when (band member) Jordan Best was going through a break-up with his ex-girlfriend, and his former band — simultaneously,” Jordan shares. “While the song was originally written and inspired by my indescribable love for his partner at the time, I found playing and writing the song eased the pain, and realized the cure for a heartache is not just someone you love, but anything you love that brings you joy.”

For Jordan Best (vocals/guitar), Ryan Mazerolle (lead guitar), Chris Bishop (bass), and Christian Arseneault (drums), “Cure For A Heartache” is a Nashville feel, with “a unique twist” as it deviates ever so slightly from BtD’s over-arching soundscape.

Pushing sonic boundaries sets the band up for an exciting vitality and eclecticism in their music, and this song lands no differently as it cascades through a yarn-spinning country ballad, lending a knowing nod to Drive By Truckers, and an amiable handshake with Wilco.

Produced, mixed, and recorded by Don Levandier (Frontman of The Motorleague), and mastered by Harry Hess (Arkells, Billy Talent, Barenaked Ladies), it’s a sashay in a tango of love and love lost; a flannel-clad prose on sadness and accepting fate.

And — following their previous single, “Set Yourself Free,” which already has a staggering 33,000+ streams on YouTube alone — “Cure For A Heartache” arrives ahead of the band’s forthcoming full-length, set to arrive this Fall 2022.

What happened Before the Dinosaurs? It’s half-myth, half-legend, and all steeped in musical truths. The group came together in September 2021, and as musicians and songwriters, they wasted no time in writing, recording, and releasing music. Now, armed with a summer single that sizzles sonically as it resonates on a human level, Before the Dinosaurs is well-positioned to remain Moncton’s best universally loved bands.

All while they deliver the “Cure For A Heartache” — which was, in this very case, the music itself.

Reviews
Album
Before The Dinosaurs