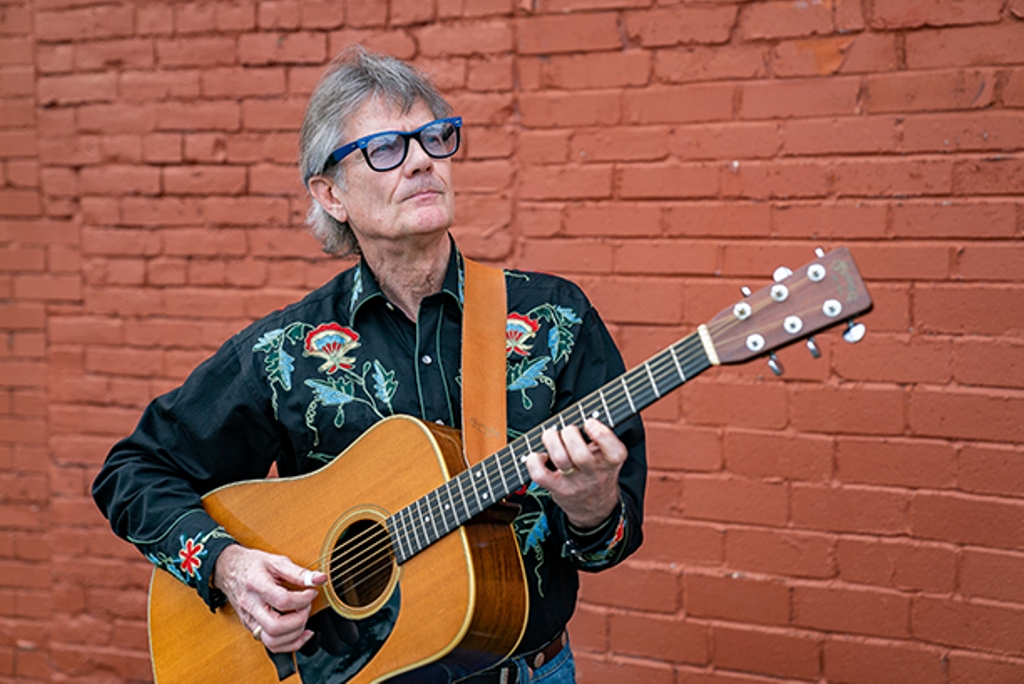 Watch and Listen to “Do Like You Do.” Here:

“I don’t care what anyone says,” Foster offers off the top about the new release. “Listen to music however you want, but I still like albums! “My albums are always a journey that takes you somewhere,” he continues. “And the best way to get there is from start to finish. Not Far Away reflects on places, things, and concepts that can seem distant but really are not far away, by measure of distance, time or attitude.”

And so goes the foundation for Foster’s fifth album in a decade with the Glen Foster Group.

Not Far Away is no exception. With nine tracks that run the rootsy gamut from country-pop and rockabilly to skiffle, Celtic folk and even soul-stirring gospel — not to mention arrangements that incorporate everything from strings and choir to harp and ragtime tack piano — it's far and away the most ambitious and multi-faceted work of his career. "This album could easily be a vinyl LP with lively uptempo songs on Side 1, while Side 2 is more folky and laid back, with violins and strings," he says, jokingly christening his sound "Cathedral Rock" after the album's title photograph featuring the famous Arizona butte.

For all its grandeur and majesty, however, Not Far Away also houses some of the most spiritual, philosophical and emotionally grounded lyrics Foster has penned. The playfully titled album opener “Dusty Roads: Ode To Dusty Rhodes” is not a tribute to a wrassler, but a moving salute to a stage manager whose biker persona masked a heart of gold. Fittingly, the track is anchored by a gorgeous Fender Rhodes electric piano, superbly played by longtime go-to-guy Marty Steele. Then there's “Brains Brawn and Beauty,” a classic rocker whose lyrics "speak to determination, making it and not being denied," Foster says. He ought to know — he's been performing the song for more than 25 years. For its long-overdue debut on vinyl, he pulled out all the stops, adding a tense silent movie-style interlude that begs to be depicted on video. Equally scenic is “Dalgety Bay,” a Celtic folk number inspired by a village on the Firth of Forth that is home to friends.

Speaking of friendship, connection and closeness: “Fruit of the Spirit” fuses Biblical quotes, honky-tonk country, violin and even a harp to create a song that Foster calls "a message for all of humanity and faiths without borders: Love, joy, goodness, kindness, peace, faithfulness, patience, gentleness, self-control." Finally, “Somewhere Over The River: Somewhere Under The Rainbow” closes the album with lush gospel tones featuring a bass solo by Jay Stevens, tenor sax  from Pierre Komen, the Cryptomnesia Choir, and B3 organ played by Foster — all united in a song that came to him in a dream, as sung by Tom Petty during a mid-concert blackout. Between those touchstones, you'll find rockabilly rave ups, party-hearty anthems and even a shot of old-school, harmony-rich skiffle inspired by influential British legend Lonnie Donegan. And of course, all the tracks boast Foster's tastefully blazing fretwork and casually personable vocals.

Whether working the fret board or the microphone, he makes it all look easy. Of course, easy is easier said than done. It only comes with decades of blood, sweat, toil and tears. Foster knows that first-hand. For him, music is a lifelong labour of love. He grew up on a balanced diet of guitar bands like The Ventures and Santo and Johnny, pop icons like The Beatles and Beach Boys, and singer-songwriters like Bob Dylan, Neil Young and Paul Simon. He's criss-crossed the country with countless bands, backing Ray Materick of Linda, Put the Coffee On fame and fronting his own group The Falcon. He's gigged with everyone from Lighthouse, Dr. Hook and Stan Rogers to Valdy and Sammy Hagar. He's played Massey Hall, the El Mocambo, The Ian Tyson Show and the 2010 Winter Olympics in Vancouver. He worked with Daniel Lanois when the famed producer's studio was still in the basement of his mother's house. Bottom line: He's been there, done that.

Along the way, he's created an impressive catalogue of adventurous, meticulously crafted music: Two Falcon albums, and five with the Glen Foster Group. GFG's 2010 debut Trusted Tried and True featured guests like David Gogo, Gerry Barnum and The Turtle Doves. The 2012 concept album The Reckoning raised the bar with political lyrics inspired by the Occupy Movement and Arab Spring. 2015's acoustic outing Leaving the Lagoon featured bagpipes, while 2017's groovy, celebratory Music Alchemy co-starred a horn section. He's even got a best-selling holiday single: “The Spirit of Christmas,” released in 1986 and re-mastered in 2011 for its 25th anniversary.

If it sounds like Foster changes his tune with every release, you're right. "I don't bother to write a song that sounds like something else," he says. "For me to be inspired about something I'm writing, it has to be new. It has to be fresh. That's the kind of thing that lights my fire and gets me excited. I am kind of a stickler for excellence. But then it's great to improvise. That's when the free spirit will flow."

With Not Far Away finally arriving and a slate of narrative videos in the works, it's abundantly clear that Foster's creative spirit is flowing as strong as ever. Or, to put it another way: So far, so good.