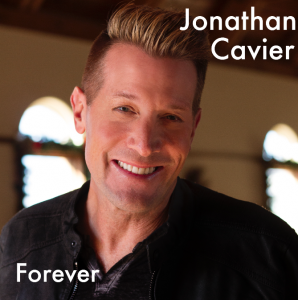 Jonathan Cavier’s 2017 album Blue Room will likely finish out the year surrounded by the same atmosphere greeting its initial release – as one of the year’s best all-around effort regardless of genre. This likelihood, however, doesn’t persuade Cavier to stand pat. Great albums are never finished, only released, and Cavier has opted for revisiting his album in collaboration with engineer Nico Essig for a full remix that casts his sophomore effort in a different light through adding previously unreleased songs, reworking his already fine vocals, and twisting the overall sound in another direction. Essig, with a CV including artists Katy Perry and Paul McCartney, has wreathed Cavier’s material in a robust and thoroughly modern sound that accentuates his musical and vocal strengths. The new material doesn’t upset the original album’s balance but, instead, ratchets up the intensity of the release and allows different sides of Cavier’s musical character to get their day in the sun.

“Blue Room” begins the album on a rousing note. The drumming and guitar work is the lit fuse that realizes the extraordinary potential behind this recording and the warm production reinforces the melodic values of his work even when he’s working in a predominantly rock mode. He shifts gears in a big way with the second song “When You Come Around” and his lyrical inventiveness get spotlighted here in a way that will prove difficult for listeners to forget. The electric guitar provides “Hollywood” with an emphatic exclamation point at the song’s end after a first half largely dominated by acoustic guitar and Cavier’s vocal excellence. “Phoenix” relies on electric guitar as well, but he uses the instrument in a more compositional way rather than giving it space as the lead instrument. It has a nice sound, however, that complements the emotional edge in Cavier’s voice. “Everything in Our Dreams” is one of two new songs added to the remix and has a much lighter touch than the second number. Cavier provides the audience with a wide open vocal that’s likable and intensely musical.

The revolving quality of the arrangement for “I Believe” has a nearly tropical lilt, but it’s never overplayed. It’s a primarily acoustic cut with an only minimal presence of an electric guitar in the mix and the breezier melodic strains will find favor with many. “Right Place” generates an impressive amount of rock energy despite never laying on electric guitar too thick and the track “Edge of Singularity” follows suit in much the same fashion. “Thank You Letter”, the album’s closer, is undoubtedly the rockiest numbers on the Blue Room remix and Cavier never sounds out of place in this environment. The biggest accomplishment from Blue Room’s remix is how well it reveals other sides to Cavier’s musical character. His credibility never wavers for a single second over the course of the album and the new additions to Blue Room, unquestionably, make it a more memorable listen. Jonathan Cavier’s remix of Blue Room makes a great release even better.