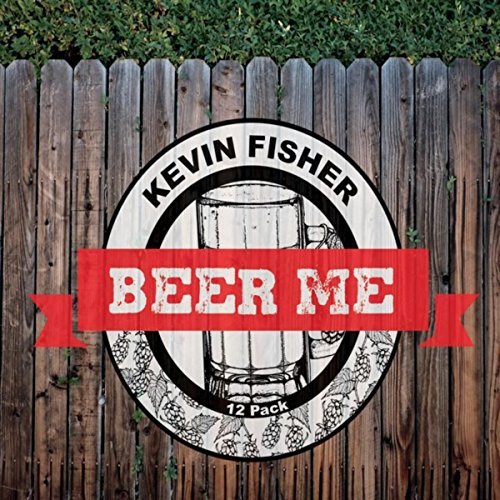 The dozen songs on Kevin Fisher’s debut 'Beer Me' have outstanding confidence in the way they come across despite being clearly comical in nature. He’s recruited a first-class cast of collaborators to bring the music to life and they come through on each of the twelve cuts with hard-edged gravitas that acts as a counterbalance of sorts to the comedic elements Fisher brings to bear through the words and vocal delivery. His extensive experience writing successfully for acts like Uncle Kracker and Sara Evans proves he can write every kind of tune you would imagine and it’s freeing to hear Fisher take the listener through twelve essentially silly songs without a moment of self-consciousness and just reveling in the moment. Beer Me is a fun ride from the start and we’re in good hands from the first song with an album that has no audible lulls.

It begins with the musically powerfully anthem “Beer”. If it seems like a simple enough statement, it is, and Fisher hooks it up with a blazing blues-rock backing oozing swagger. The backing never lowers itself to the bash thud crudity of some marginally talented bar band; instead, the substance powering the arrangement gives some real meat to Fisher’s praise of brew. “I Wish You Were Beer” might remind some of a Jimmy Buffet-ish tune, but it also has a cutting undertone that Fisher manages to deliver with a smile throughout. “I Like Beer” sounds cut from a similar cloth as the aforementioned track, sans horns and the beachside feel, and is highlighted by one of Fisher’s most infectiously easygoing performances. It’s a notable contrast to the number following it, “Beer in the Fridge”, and its bluesy leanings are quite convincing. Fisher inhabits the song quite well and proves equally convincing with the musical backing.

“Beerly Beloved” has a more streamlined, yet double-barreled, musical attack than many of Beer Me’s contributions in a rock vein. The twangy, airy shuffle of “Beer Thirty” is definitely the most countrified moment on the collection and comes near the end to give the album’s second half some unexpected flair. He takes another surprising turn with the song “Beer Blue Sky” and the lyrical slant to his piano playing makes for one of the more affecting moments on Beer Me. The comedic moments are largely forgotten in favor of a deep feeling, elegantly rendered bit of songwriting. The slightly woozy and jovial mood filling many of the songs returns with the album’s final curtain “Last Call”. There’s no more appropriate for a conclusion imaginable for the album and it comes across with a loose-limbed, amiable grace that closes things nicely. 'Beer Me' is a great debut from Kevin Fisher and has a lot of deep, surprising musical value for an album that might initially seem powered by gimmick alone.