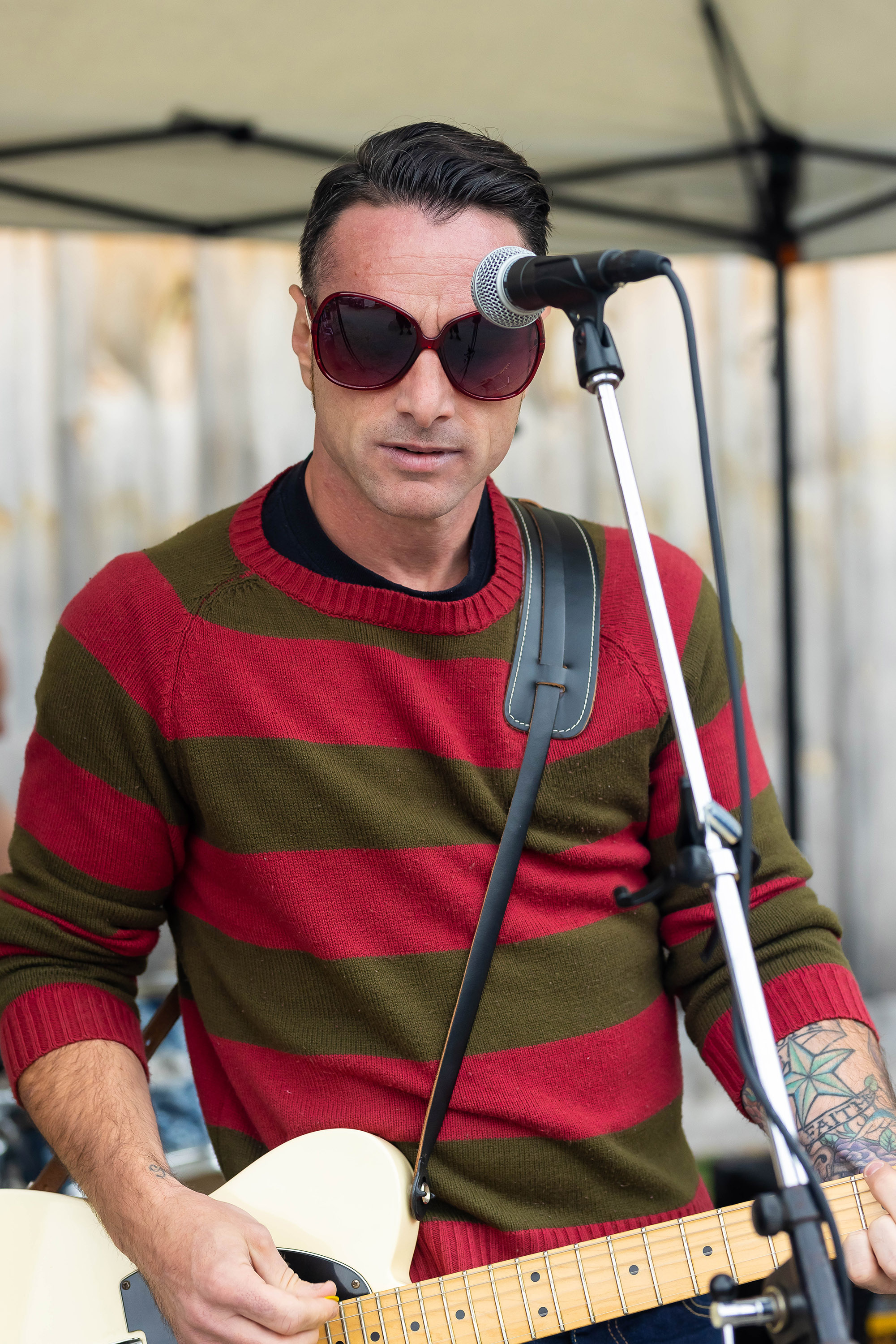 Watch and listen to “Perspective” here:

Listeners sidled up can expect deep-fried, sun-stained harmonica tones resonating over a chilled-out, classic D-beat as the playful punk-rock rollicking celebrates the inherent flaws of a dirty kind of love.

“These are stories we can all relate to,” Moone says of the song and its surrounding EP — Murder (noun): A gathering of crows. “It’s about broken hearts, and how we heal.”

The rugged release draws inspiration from real-life experiences and emotionally raw let-downs, as well as the timid innocence of early roots-Americana. Available now, the newly minted album sonically shackles all five tracks together with both the band’s passion for rock n’ roll, and a generally-held motivation to move forward at all costs.

Front and center in “Perspective” and its video is Moone’s ever-present knack for a “do it yourself” approach, transcribing this innate ability to “get things done” into his music and production skills.

Having recently received an award for Best Music Video from Mysticon, U.S.A. for his single, “In The Light,” — a video release he wrote, directed, and edited the entirety of — Moone sprung similarly into action on “Perspective,” where nothing was going to stand in his way to get this project done — not even the law…

“My production team, She Died Guerrilla Corps, filmed the project entirely on illegal terms,” Moone reveals. “No budget, no permits, no helmets, no problem.”

The results see a cameraman hanging out the side door of a rolling minivan as Moone speeds into frame on a motorcycle, keeping it steady at an arguably deadly distance. “We created this low-down, 70s-style ‘Bike-spoitation’ romance that unravels with the tenderness borrowed from late 80s television show, The Wonder Years,” he explains of the creative brief. “We wanted audiences to feel the freedom of a solo ride and the intensifying intimacy of a romantic relationship immersed within fast-paced visuals of rolling thunder.”

It's this cinematic production style, coupled with the group's ability to infuse relatable near-cathartic experiences and themes into their music, that creates such a dedicated following for the band.

With the band’s name, Murder, landing as a nod to the classic literary term for a ‘flock of crows,’ Moone’s Murder represents his own flock of multi-talented musicians gathered to unlock this sector of sounds in his creative scope; while Moone tends to perform solo with a more roots-country focus, when he has Murder — bassist Antoine Pacitto and drummer Matt Williams — behind him, it becomes that special sort of face-peeling punk rock reminiscent of the “tough love” you’d receive from a close friend.

“I’ve been going at it a long time on my own and I am very happy to finally have the band behind me that I’ve always wanted, that I’ve always dreamed of,” Moone shares. “I can’t wait to show you more of what we got!”