Skip to main content
Tender & Titanic All at Once, Christina Martin Releases Striking “Stay with Me” 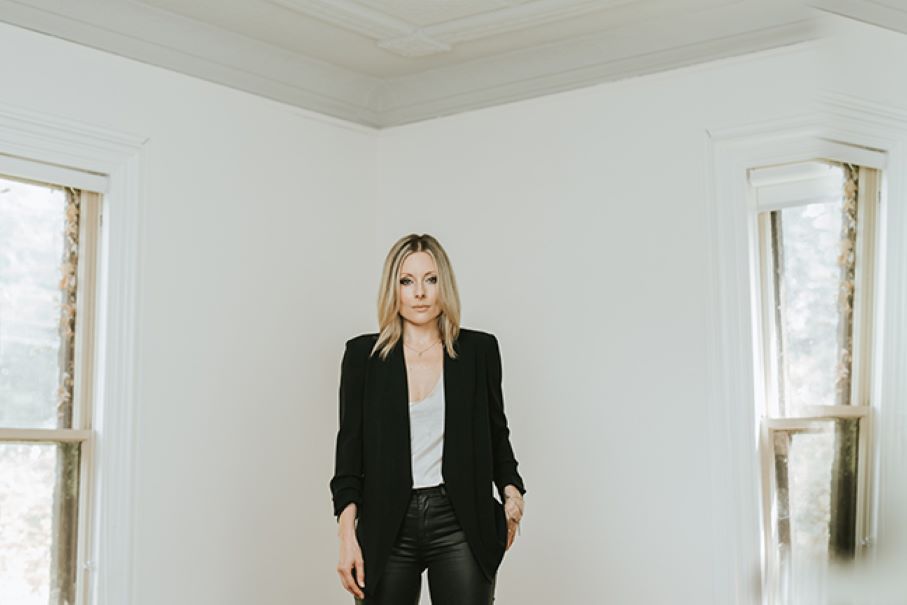 Christina Martin is a powerhouse musician, songsmith, and performer hailing from the windswept East Coast of Canada. Her music dances effortlessly through Pop, Rock, Folk and Americana traditions but stays deftly unchained by any one label, refusing to be pigeon-holed and unafraid to dip into stranger waters. From her Austin-inflected 2002 debut Pretty Things, through more rousing rocky climbs such as 2015’s It’ll Be Alright, to the sweeping cinematic dreamscape of 2018’s Impossible to Hold, Martin is an artist who is constantly shifting, and constantly evolving. Through it all runs a backbone of raw honesty about the human condition. Be they personal confessions or narrative tales, each song is lovingly crafted, and hits in the heart like a well-thrown punch. With a brand new album on the way, promising to be more sweeping and orchestral than ever before, Christina Martin is going from strength to strength.

The singer, songwriter and storm-maker Christina Martin is back, releasing lead single “Stay with Me” from her upcoming eighth studio album Storm, slated for a Fall 2022 launch.

Listen to “Stay With Me” on Spotify here: open.spotify.com/track/1lghx88kREv7vaoGl0BmhQ?si=9c05cb03b3fe45ac&nd=1

Pounding, titanic and tender all at once, “Stay with Me” is a string-drenched anthem that reaches new dizzying heights for the Canadian songweaver, and kicks open the doors for the masterclass album to follow.

“The muse for this song came in a pre-pandemic dream,” Martin shares. “I saw a girl wander a cobblestone city-street, through thick fog and moonlit night, and heard a familiar melody and the line ‘stay with me.’

“Unlike in dreams where I sometimes feel trapped in terrifying scenarios, with this song I found a space to purge my fears, and then coax myself to a better place.”

It should come as no surprise that a song this ethereal was born in a dream. After glimpsing fragments of it in her subconscious, Martin set to crafting the song into a finished piece, and it ended up as the cornerstone and trendsetter for the whole Storm album.

As suits its surreal origins, “Stay with Me” has a cinematic feel to it. All built around a timeless, theatrical piano and Martin’s spectral vocals, delicate as eggshells and yet soaring as an eagle, backed by drums that pound and burst like distant fireworks. Like much of the album to come, it’s impossible to ignore the luscious string section, which adds a grandiose, orchestral tone to the piece. Symphonic and succulent, Martin sweeps them up into a fervour. Yet her vocals rise masterfully above it all, like a lone ship cresting a great wave.

The lyrics, with true Christina Martin style, are enigmatic. They shift and turn on a phrase — painting mindscapes of despair and ruin, yet hope and peace at the same time. The oft-repeated title sounds at times like a desperate plea, yet other times like a world-wise mantra, and acknowledgement of one’s past experiences. It is poetic, powerful, even hauntingly prophetic in references to ‘breathing without masks’ and ‘living in fear’ in a song written (and dreamt) a year before the global pandemic. There is something untouchable at work here, something magical.

“Stay with Me” was one of the first songs recorded for the album, and had a heavy influence on the soundscape of those that followed. Originally rendered in a more upbeat pop/rock style, it went through a radical rework to end up at the dreamier symphonic tone of the final piece. This saw Martin co-producing with long-term collaborator Dale Murray, and writing the string parts alongside Karen Graves. This collaborative approach to orchestral arrangements was new territory for Martin, weaponizing midi synths and loops in the composing process.

“Stay with Me” is also accompanied by a music video, written and directed by Brendan Henry, which is suitably dreamlike, dark and surreal. Ahead of a series of upcoming East Coast tour dates, she’s hosting an exclusive 60-minute global Music Video Premiere Event October 24th at 2PM Atlantic Daylight Time. The event offers fans a behind-the-scenes look of the video, a chance for Q&A with her and the video director, and a new performance video of the song. Attendees need to pre-register for this event and have the option to ‘pay what they can’ to watch the video early, reducing any financial barrier to accessing an online experience during the pandemic.