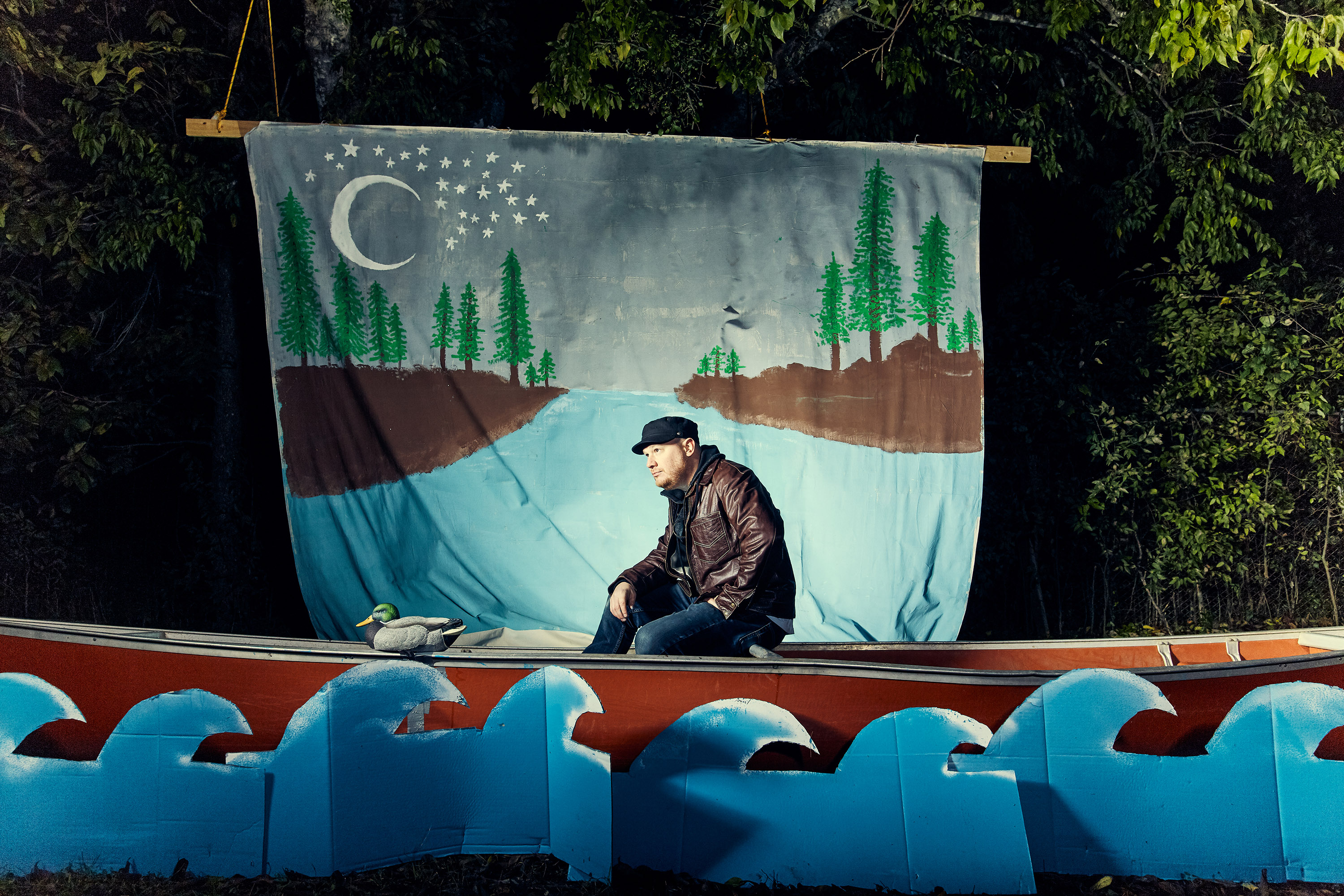 Sometimes you just gotta drop everything and get the heck outta dodge, especially when staying put means staying close to the person who broke your heart. Such was the case for Canadian alt-rock artist Bryce Clifford when a sudden bad breakup fuelled him to leave his adopted U.S. home in Austin, Texas, head back to Hamilton, ON, and the creative fire to write and record his upcoming album, Rebounder — with its scathing first single “Checkpoint Charlie” – listen here:

With its brawny guitars and breakneck tempo, “Checkpoint Charlie” speeds through a checklist of loss, anger, grief, and bewilderment that only a big change and a long drive may seem capable of soothing.

“The story of this record started three years ago,” notes Clifford. “I started driving up to Canada the day after a breakup in Austin. I was blindsided by it. Pretty wounded. It’s that expression... The ground dropped from under me.”

‘Loneliness, thicker than you think,
can’t cut it with water or a soft drink,
and you’re lying about how u feel,
every step u take ‘til u get behind the wheel’

After living, working, and making musical inroads in Austin, Texas for a decade, Bryce Clifford’s world turned upside down one day and he dropped everything to head north and home to Ontario the very next night.

“I’d been holding down good work in video, and living in a great apartment for eight years right beside the ACL (Austin City Limits) festival grounds,” he continues. “I guess I’d really been in love, because it jolted me to change up everything.”

That 2500-plus kilometre, 24-hour drive from Austin to Hamilton after the abrupt end of his relationship also jolted Clifford into a new musical beginning.

“I was feeling like I should steer all that adrenaline into making a new record from scratch,” he shares. “Make the best out of a bad patch.

“I'd been in a rut in my life and that disappointment gave me the kick I needed to remember that I love making music and should refocus back to that.

“Songs are happy to leave ya and go elsewhere if you're not going to sing them.”

An astute observation, and one that prompted Clifford to spend his first few weeks back in Canada hunkered down in an RV on a quiet piece of land near London, Ontario with just an acoustic guitar and a laptop for company.

“I followed every idea I had without discernment for two weeks. I was wallowing in the loss behind me, but it also felt great to stay off the grid, off social media the whole time. I suppose writing music is like a vacation from life.”

Perhaps it’s a way of reaffirming life, too.

The 12 songs that comprise Rebounder are what came out of that solitary session, along with an artist determined to move forward and keep his creative feet planted in two artistically inspiring cities on both sides of the border. Clifford spent two years repeating that round trip from Hamilton to Austin and back to record the album, incorporating the talents of the many musicians and friends he’d made over the years.

“It came together slowly because I was trying to record it as professionally as possible and it costs a lot,” he explains. “I'd save up enough money sporadically to do one song at a time and then start over again for the next.”

That long term commitment to professional excellence also provided the opportunity to master Rebounder with producer Glen Marshall through a legendary studio console once used by Daniel Lanois to record one of Clifford’s favourite albums, Bob Dylan’s Time Out of Mind, as well as works by Neil Young, Emmylou Harris and a laundry list of other greats.

“It's perfectly banged up and dusty, all the character you'd hope for,” says Clifford. “So, I asked Glen to master/EQ my record through that board, hoping to get some of that glue and magic from it. I can still hear the subtle cool things that this console did to the record.”

Soaking up a wide array of influences to help shape his own music has always been key for Clifford; case-in-point, the album’s song, “Odd Man Out,” was recorded and played with Elliott Brood, and counts as the most ‘alt-country’ sound Clifford says he's ever written.

In addition, Clifford toured Ontario in the ‘90s with his brother Brad in their band Pedestrian Status paying homage to post-punk heroes like Pixies, Elvis Costello, The Replacements and Hüsker Dü. Then, he made the leap to Austin and formed the genre-busting, big band Brother Superior with Canadian expat Kim Deschamps (Blue Rodeo/Cowboy Junkies).

With hooky melodic indie-rock, downtempo piano balladry, alt-country and echoes of revved up post-punk all woven into his new album, it’s apparent that Bryce Clifford continues to make his musical landscape borderless in style but always heavily focused on ‘the song’.