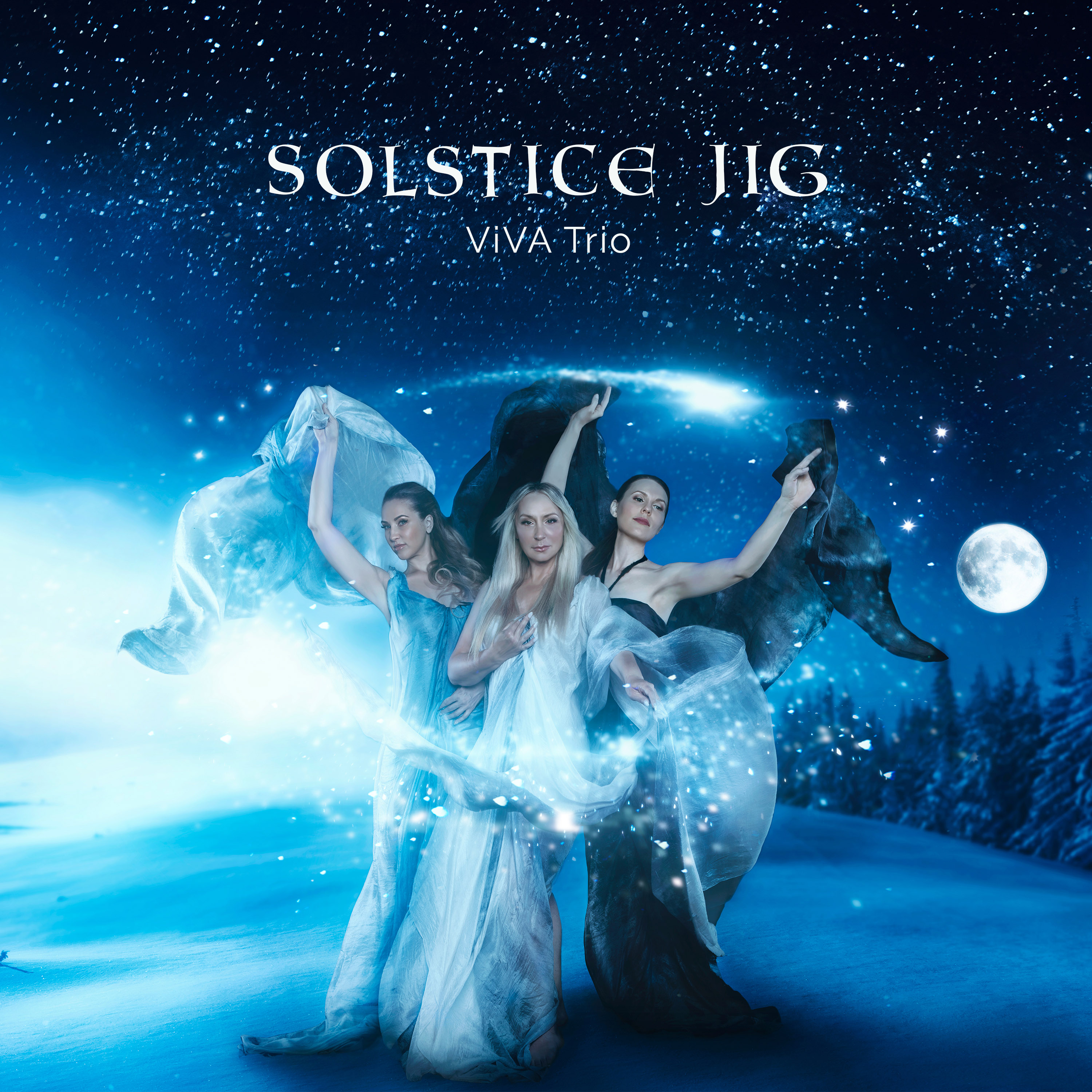 “We’re dipping our toes into the deep traditions of folk music, and loving it!” Anna shares.

“‘Solstice Jig’ is a more let-your-hair-loose kind of track for us,” Erin adds.

“This song is truly written as a celebration of the new season, and it’s time to dance baby!” Katya continues.

With multiple standing ovations every show, the international-touring, all-female group ViVA Trio has performed throughout Canada, the USA ,and Europe. Their latest single releases, “Siren Song” and “Lorien,” were featured on numerous top music blogs both at home and around the world, including CASHBOX Magazine Canada, Record World Magazine, and more. ViVA Trio has also been heard on the airwaves, having been featured by over 25 radio stations throughout Canada and Europe.

ViVA Trio’s three powerful sopranos — Anna, Erin and Katya — each have extensive solo performance backgrounds that take audience’s breaths away. Put them together, and their combined forces soar as pure thrill and magic!

ViVA’s debut album, Nothing Else Matters, delivered this indisputable wow-factor, and their new sophomore follow-up promises even more. Creating a full storyline spun out of fantasy and folklore, with mythical characters from Danish and Russian folk tales, to boot, all the music is being written by the Trio, fusing styles and defying categorization. They will take this album through a kaleidoscope of genres from cinematic, theatrical, classical to electronic and folk, with their incredible team of musicians, sound engineers, and producers in Toronto and Europe.

ViVA Trio also likes to entice their fans, who may notice that there are hints in “Solstice Jig.” Future song titles, and even the album title, have been revealed in this song, but you have to watch their videos to find all the ‘easter eggs.’ The trio plans to continue leaving clues in every release building up to their album release this Winter.

Begin the journey of the story unfolding of ViVA Trio’s second album; with ethereal vocals, upbeat instrumentals, and an overall feel-good, uplifting vibe, “Solstice Jig” is a great addition to any folk playlist.