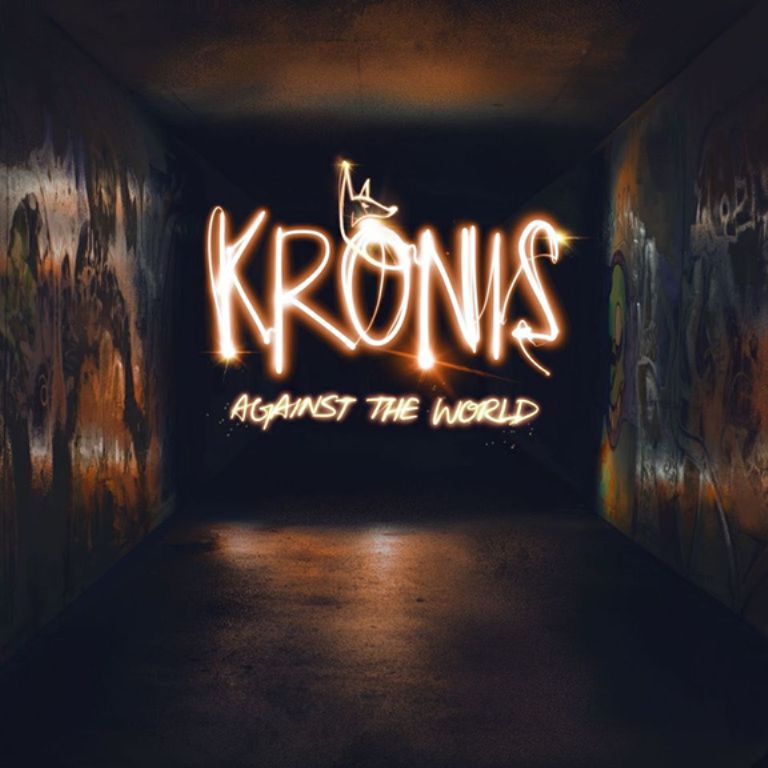 Canadian outfit KRONIS debuts their firm yet inventive footing on the fault line between alt rock and EDM with the release of their newest single, “It’s Time For Love,” and breakthrough album Against The World.

Watch and listen to “It’s Time For Love” here:

“I spent three years in the studio with Parker creating Against The World,” Toronto and Los Angeles, California-based frontman Aaron Kronis says, name checking mix engineer and producer Parker Ament of XLNTStudios. “We didn’t know what the title would be, or the number of tracks, but we knew we were onto something.”

That ‘something’ is alt rock streamed live with live guitars, live vocals, and Ableton. It’s guitars into cell phones while on hoverboards. It’s the essence of skateboarding at Burning Man channeled into a technologically enabled sonic sojourn spanning the ages.

“KRONIS has become the final evolution of a lead singer and an extraordinary guitar player who’s into electronic sounds and manipulations of waveforms to create something new that sounds familiar,” Kronis says. “And Against The World wholly captures the constant stamina required to endure this music industry based on my life in Los Angeles, and the world today.”

And there’s a lot more to come, Kronis adds. “We already have enough material for two or three more albums, so we’re just continuously working on tracks and live performance setups going forward.

‘Everything’s on a cob,” he continues, bringing his focus back to this Summer 2020’s debut LP, Against The World. “I mean, I watch just as much inter dimensional cable as the next guy, but this album seriously has zero compromises — and I never ever say that about a project.

“Why, though, for this one? Because it was my final say, and I gave the other artists involved the freedom to express themselves as they felt.

“It provided me with the best results imaginable.”