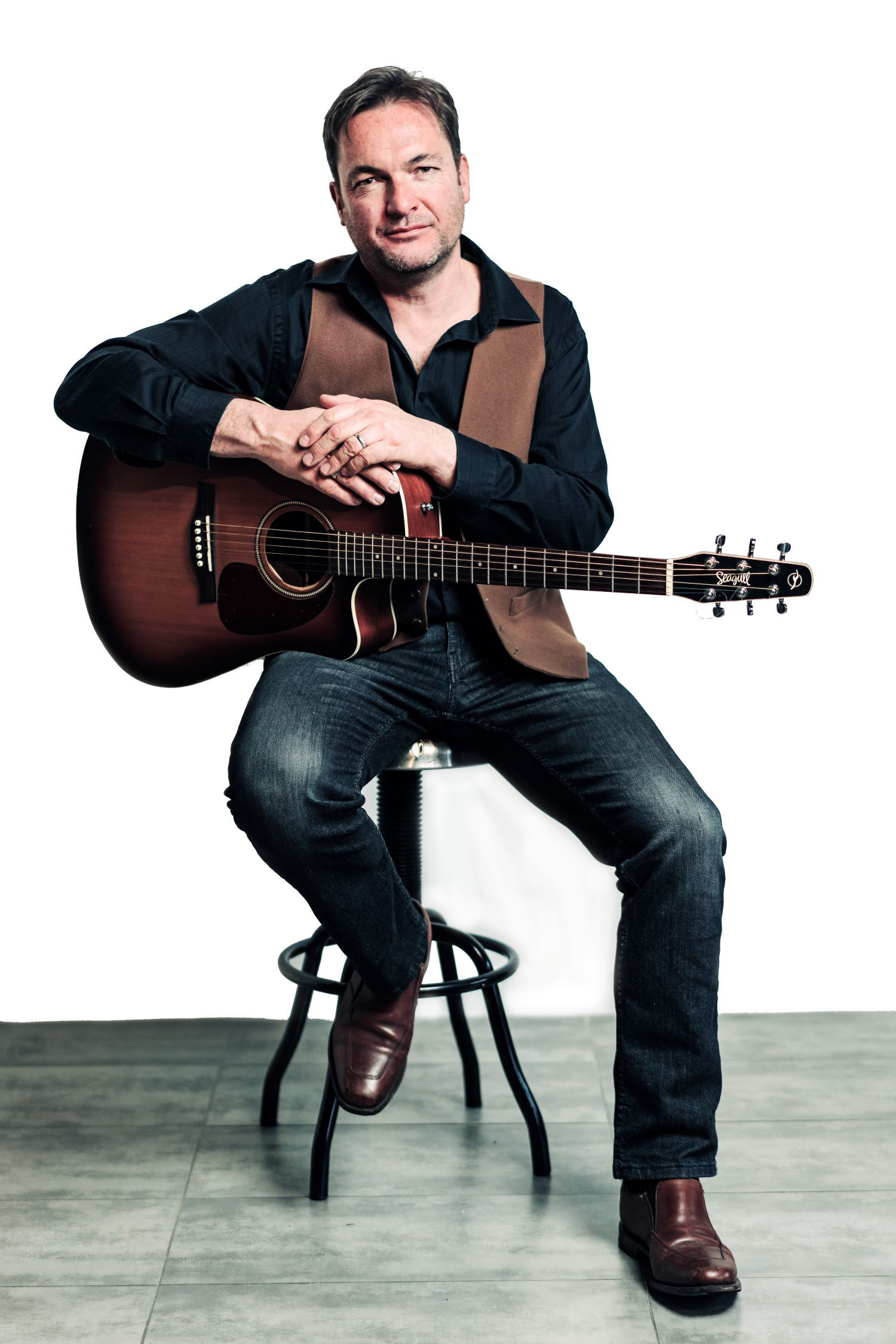 Newest single “Still Turning” confronts human-caused problems in its environmental theme, but ends with resounding positivity with its nod to the young, green movement. The song also highlights one of a few singing collaborations on the release; for “Still Turning” Ronald wanted increasingly more people singing the chorus to give the impression of a growing movement. “To do so, and to add a youthful touch, I had my children, who were 12 and 14 at the time of recording, join in for the final rousing chorus,” he says.

From there, the 11-track LP features a few rewrites from Ronald’s 35-year archive alongside more recent compositions; Chris Ronald wrote them all, save for one exception — the beautiful, Beatles-esque ballad “Old Lover,” which was co-written with his brother shortly after the first COVID-19 lockdown.

The pandemic played a large role in shaping the terrain for Light & Dark, Ronald reveals; lyrical nuances pepper the production, the crew navigated strict restrictions around recording — not to mention the untimely passing of Ronald’s father within it.

Songs penned pre-pandemic, such as “Please Don’t Come For Me Now” and “Bones,” suddenly embodied a new poignancy, while the release’s title track, “Light & Dark,” tackles mental health and the healing properties of music.

But Ronald’s intention was to give album lovers a bit of a ride, he shares. “As the title suggests, the album’s track sequence intentionally alternates between dark and light moods and themes, so there’s a bit of an emotional rollercoaster.”

To that end, bright and breezy “City Girl” reflects on the grind of city life whole holding the prospect of escape, while the ukulele-driven and reggae-flavoured “Sunshine” could be about that very thing, but was inspired by the birth of Ronald’s first child.

In all, audiences soon come to realize that, while Ronald doesn’t shy away from addressing some sticky issues, a common sentiment running through Light & Dark is one of hope.

Chris Ronald attracts some of the best talent in British Columbia to the studio and, while Light & Dark is no exception, COVID safety concerns reduced the band to three to include Chris Nordquist on drums.

Everything else is handled by Ronald and Ellis, who proves himself once again to be one of Canada’s finest players adding guitar, bass, dobro, pedal steel, mandolin, banjo, keys and more. The versatility of Ronald’s voice is unmistakable as he adds his own harmonies, though four tracks — including the duet “Pacific Time” — also feature the stunning vocals of Vancouver singer-songwriter Natalie Ramsay (nom de plume, Daughter of the Moon).

Chris Ronald has four previous album releases, including Pacific Time (2004), Turning Tides (2011), Timeline (2014), and Fragments (2017). He was nominated for Songwriter of the Year at the 2014 Canadian Folk Music Awards, is a Kerrville New Folk finalist, achieved Top 10 artist, song, and album ranking on The Folk Charts, and tours internationally — including annual showcases at the Americana and Folk Alliance music conferences. Born in Liverpool, England, he now lives in Vancouver, Canada.