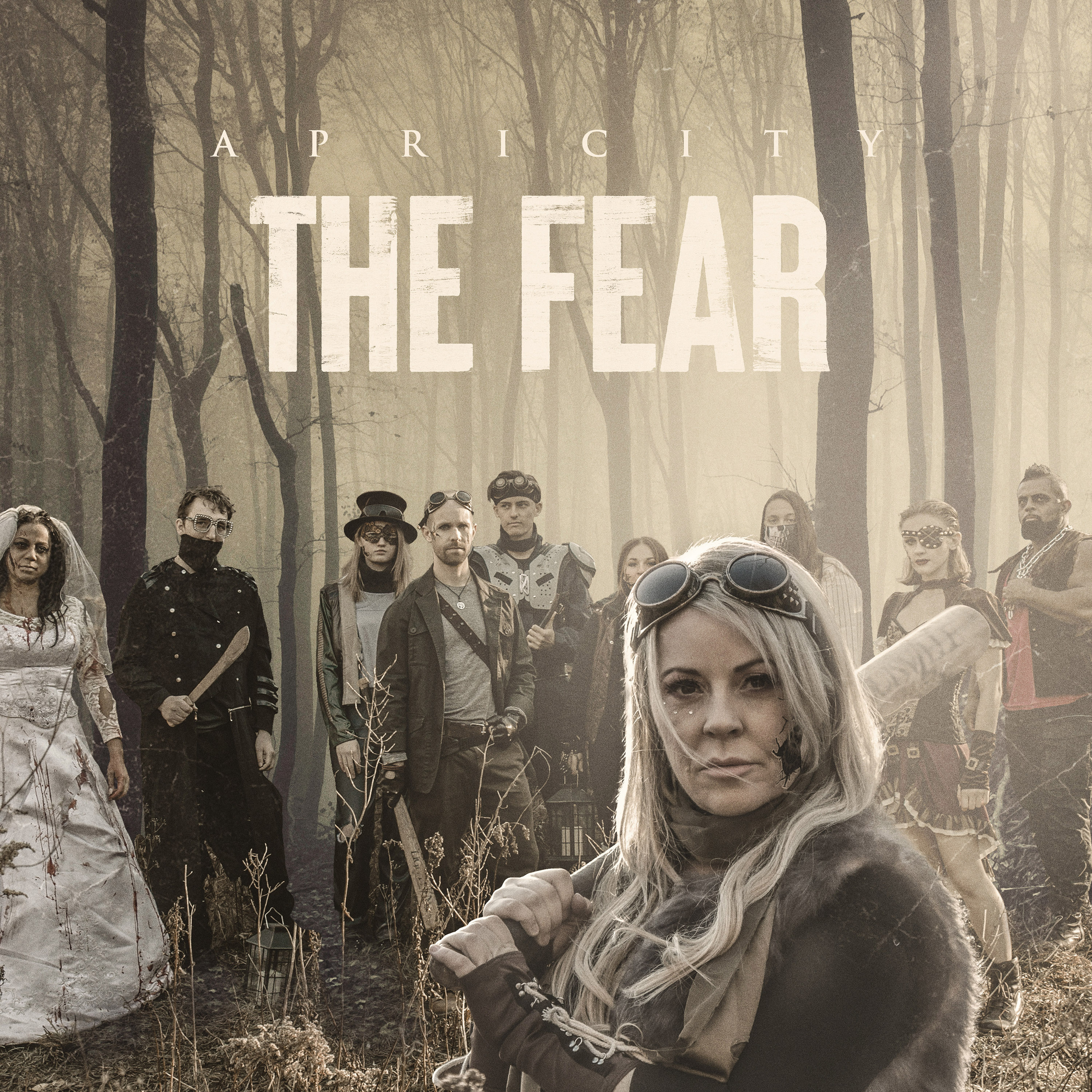 Alt-pop indie rocker Apricity ushers audiences into a dim and grim post-apocalyptic world with the release of her sophomore single and video, “The Fear”.

For those newly enchanted under Apricity’s cast of spells, be prepared for an audio and visual storybook of epic tales — literally and figuratively. “The Fear”s official music video is set in a steampunk world with dashes of Walking Dead and comic book escapism for good measure, and the release also features a stunning graphic novella to well-buckled boot.

“After searching far and wide in a post-apocalyptic world, I find my companion, Jason, only to discover he is now being used for sport to fight the captured zombies,” Apricity reveals of the multimedia project’s plot.

“It’s my second time working with Dropout Entertainment/Toronto Creatives’ director, Jesse Read — along with yet again, local amazing talent,” she continues. “It all really tied together to create something eerie that captured the unknown state of the world as we felt it was in with the pandemic.”

Her second official single, “The Fear” delivers an equally haunting sequel to her recent breakthrough debut, “All My Lies” — which has more than 200,000+ streams across platforms.

For the Scotland-born, Canada-based powerhouse vocalist, both “The Fear” and “All My Lies” showcase her intense vox over fastidiously chosen tracks that embody the spirit and vision of her musical tenure. Channeling the prowess from the likes of Shirley Manson and Alanis Morrisette, the indie songstress holds nothing back — pushing the boundaries on art, music, and all that’s in between. As an artist, Apricity promises to prey on the darkest corners of your mind, revealing your insecurities and curiosities about the afterlife; where “being awake” could mean a state of consciousness, a state of dreaming, or simply the state of mourning you’ve left behind.

Apricity’s penchant for the visual adaptation of music doesn’t rest solely with her captivating releases; the singer’s socials are rife with staggering spotlights of her artistry, pops of portraits chronicling her creativity.