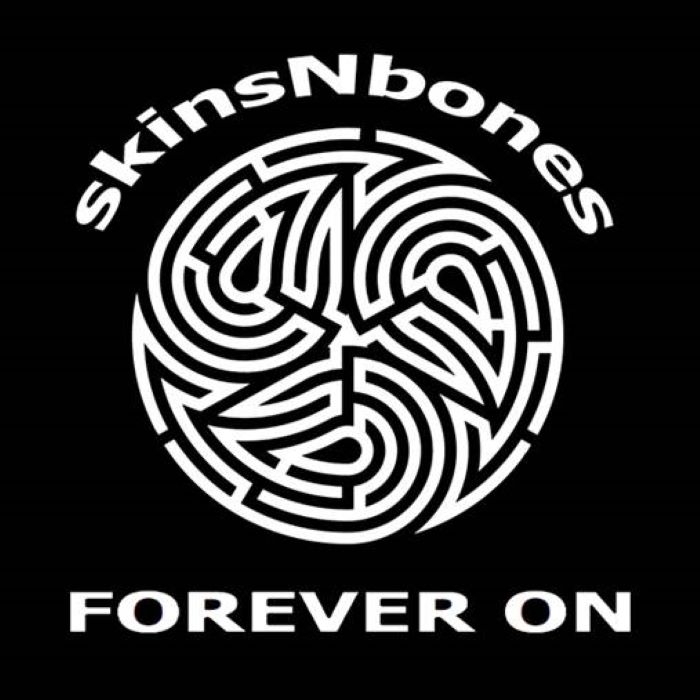 Australian ‘oldSkool rock’ and ‘nuSkool rollers’ skinsNbones rarely place one issue or storyline to their songs, and their newest single “Forever On” is no different.

Watch and listen to “Forever On” here:

“Our songs are definitely not about ‘boy meets girl’ or ‘boy loses girl,’” the band assures. “Each of our songs highlight a different social issue that we try to make the listener more aware of and to question.”

Case in point: “Forever On” is first and foremost an ode to mental difference, as they suggest calling it, and the band’s effort to help change perceptions around it. “We feel strongly about reducing stigma associated with mental dis-ease, or ‘mental difference,’” the band says. “We ask: ‘what would the world be like without mental difference?’

“Einstein, Nikola Tesla, Isaac Newton, Beethoven, Van Gogh, Da Vinci, Michelangelo…” they continue. “We could go ‘Forever On,’ but they all had mental dis-ease/difference. Without them thinking and seeing the world so differently, where would we be? No E=mc^2! No understanding of electrical energy that we're now only just using! And the art! Where would we be without such beauty?! Such inspiration!

“Plus, mental dis-ease/difference is linked to higher IQ and also helps develop a higher EQ, the ability to empathize and care. So again, we ask: ‘what would the world be like without mental difference?’ Without seeing “new views” from being “around the bend”?

“The second thing it’s about is finding the inner light within the Self — or from a higher Source — from tough experiences and using them to become more enlightened, a better person,” they continue. “It’s about fully accepting that mistakes will be made but used to grow and not to put one’s Self down.

“It’s about using the ‘rocks that tripped (you) up’ as stepping stones for others, and using all ways to learn, grow and burn brighter and brighter in Spirit ‘Forever On.’

“We’re all about promoting how beneficial Self growth is, especially from hard times, and that becoming a better being — not a bitter being — is healthy for not just your Self, but also the world around you.”

While they prefer to divert attention away from the group itself, focusing instead on the issues they’re bringing to light through dynamic lyricism and their driving rock sound, skinsNbones is a collaboration of Aussie artists, including Bones Barrett, Jason Kafoa, Gunnar Lindblom, and Red Rock. First formed in 2019, they’ve quickly created a sound all their own, rooted in thumping rhythms and in-your-face guitar, layered with soaring melodies and one of the genre’s most dynamic voices around.

Above all else, however, remains the lyrics and issues they amplify. “One reason our logo is a question mark is skinsNbones like to raise questions or issues to get people to think and question the world around them,” they offer. “We are not about self promotion, but the promotion of the issues our songs raise. We want people to use their discernment, even with what we’re saying.

“The ability to increase awareness, perception, and to discern what is — and is not — is vital these days.

“We recorded ‘Forever On’ at Rocking Horse Studios at Byron Bay Australia with our producer Paul Pilsneniks. The studios are in a lovely, laid-back country location, and are the perfect surroundings to get you into the right frame of mind to record.

“We have as much fun as possible in the studio, and we definitely have more laughs than takes. Especially when our little dog Ringo, who weighs about 8kg, wouldn’t let another producer into the studio. We think he was protecting our songs by not letting anyone else hear them. He is normally extremely friendly, but we all agreed Ringo can be in charge of security from that moment on.

“We treat our music and the issues we raise seriously, but keep things as light as we can in the process.