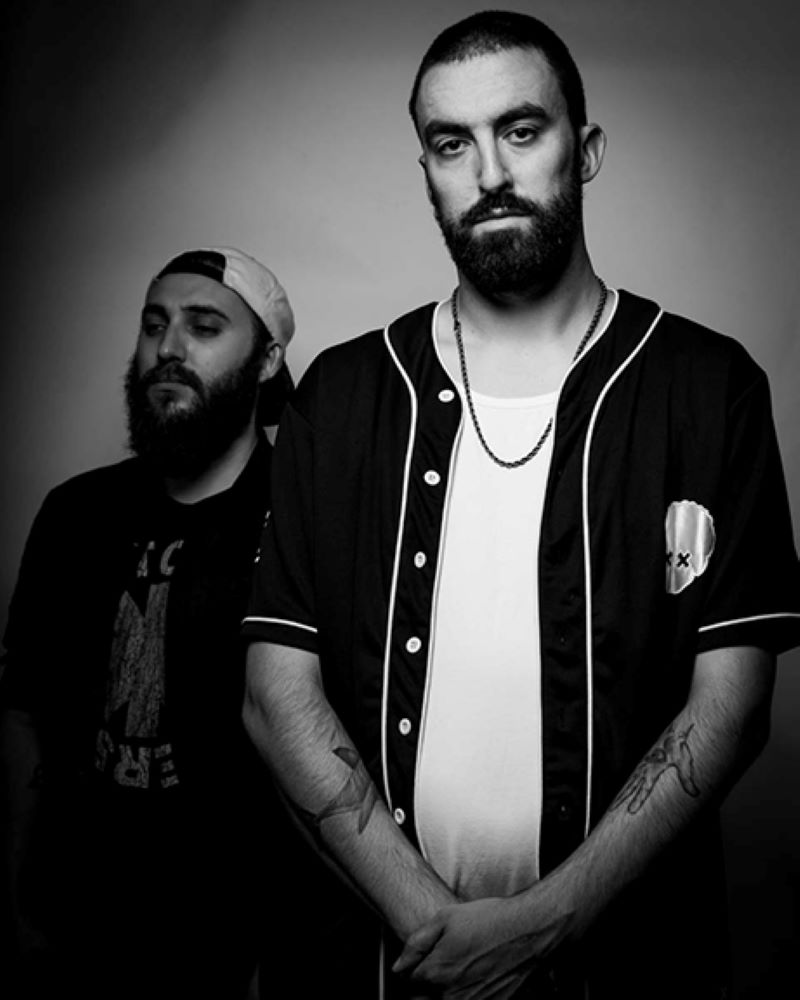 The track speaks to the concept of looking around, seeing a society rife with hypocrisy and in a dearth of empathy, and saying “I’ve had enough. I’m tired. I’m going back to bed,” the pair say.

“The lyrics are reflective of society, the human experience, and our interactions with each other,” frontman and producer Andre Thibault explains. “They point out a lot of hypocrisy and inconsistencies in the way we behave versus how we expect others to behave.

“So much of growing up in the technological age requires increased human to human interaction but, as we rely heavier on technology, we lose that empathy and compassion that helps our society function.”

“We wanted the song to feel like a rock song,” drummer and percussionist Matt Robillard offers of “Sleep.” “We tried to stay away from samples for the instrumentation as much as possible so the music feels organic, more energetic, and has a very human element to it.”

The video further underscores themes of humanization, Robillard continues. “You can see Andre rapping and singing while surrounded by people in a zombie-like state, shuffling around, engulfed on their phones. Portions were shot the day after Andre started dialysis, having since undergone a kidney transplant this past November.”

Further locations were picked meticulously, Thibault adds. “We even returned to the back area of Raven Street Studios, where Matt and I studied audio engineering.”