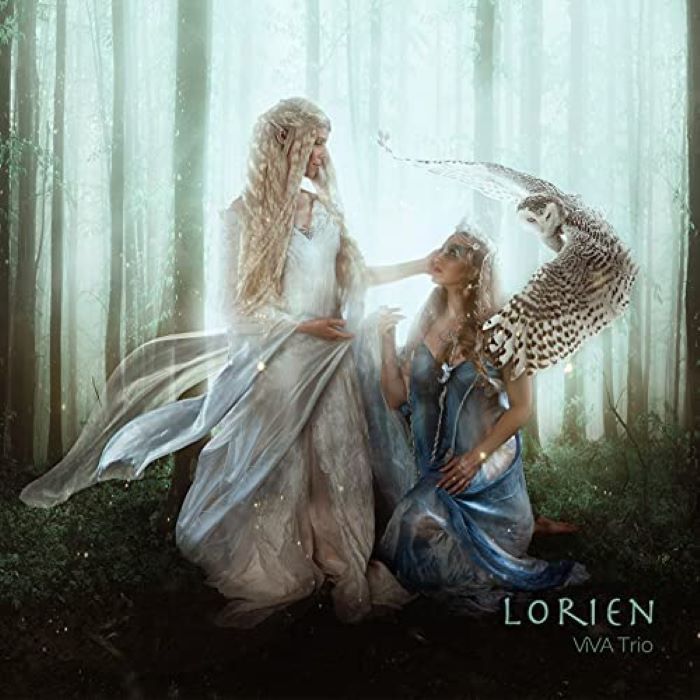 Spun straight from storybook shelves of fantasy and folklore, award-winning Canadian group ViVA Trio have released a new single ahead of their forthcoming concept album; “Lorien” is inspired by Lord of the Rings’ Galadriel.

Featuring ethereal vocals, theatrical moments, and a feel-good, soothing vibe, “Lorien” lands as an entertaining listen. And with electronic vocal layering, upbeat theatrical interludes, and a light-hearted energy, this track continues to demonstrate how ViVA Trio doesn’t do anything by halves; their first album, Nothing Else Matters, features 11 songs recorded with a full 52-piece live orchestra and children’s choir.

This time, having used their time away from touring due to Covid-19 to begin writing their next album, ViVA Trio is creating a full storyline spun out of fantasy and folklore — complete with mythical characters from Danish and Russian folk tales.

All the music will be written by the trio, fusing styles and defying categorization. They will take this album through a kaleidoscope of genres from cinematic, theatrical, classical to electronic and folk, with their incredible team of musicians, sound engineers and producers in Toronto and Europe.

Centered around the royal elf from the Lord of the Rings series, Galadriel, “Lorien” is the first release of many that come in anticipation of the female trio’s new concept album.

ViVA Trio’s Anna Bateman, Erin Fisher and Katya Tchoubar are Tolkien fans, and were excited to bring a little Tolkien magic into their album and story. The Lady of Lorien — aka Galadriel — is called upon for guidance, wisdom and prophecy by the young, yet also immortal Lumina, ViVA’s character based out of Russian folklore. This is the only song on the album which will feature the Galadriel character, and therefore, is just an appetizer of what’s to come on the rest of the album. Erin plays Tolkien's sage Elvish ruler, and remarks, “I’ve been a voice teacher for so long that giving good advice feels very natural actually, and writing for the Lady of Lorien was really fun! The biggest stretch in playing Galadriel was going Blonde!” “So, did you have more fun?” Katya asks. “It was fun actually! But I think I’ll leave the blonde to you guys!” Erin responds.

The women of ViVA Trio are no strangers to being in full character and costumes; each member has a long list of operatic and musical theatre credits. “To me this feels more like a return to our roots with a twist,” Katya says. “With this album, we’re creating our own story with characters from fantasy and myth!”

Anna, who has the highest vocal range of the group, plays the youthful character Lumina in the story of their album, and also in “Lorien.” “In this song, we’re meeting  the character Lumina in a cross-roads moment where she summons the Lady of Lorien, like a young girl would talk to her Aunt or Godmother,” Anna says. “We thought, who better to ask for advice than from an all-knowing sage, like Galadriel? Hard to top that I think!”

With multiple standing ovations every show, this international touring, all-female group has performed throughout Canada, the USA and Europe. Their latest release “Siren Song” was featured on top music blogs across North America and Europe, received airplay on radio stations nationally and internationally, and offered a sampling of what’s coming from the trio.