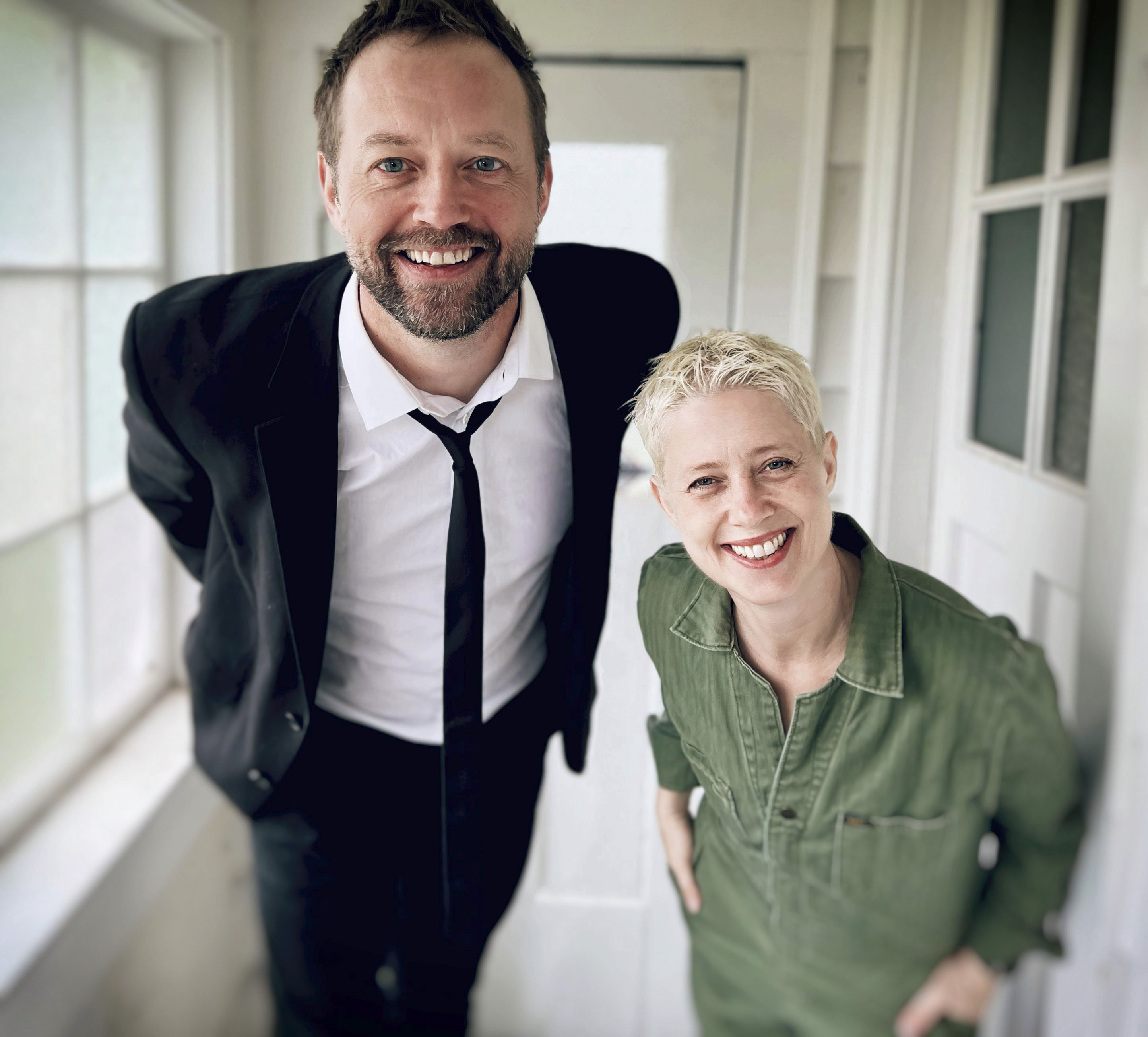 Songs about complete contentment and radical self-acceptance are few and far between, but multi-award-winning folk-pop duo Big Little Lions manage to celebrate both in their upbeat, stomping new single, “I Know I Know” — fresh from their new album Happy Accident – check it out on YouTube here:

With simple drums and jangly acoustic guitar, “I Know I Know” features an easy, infectious chorus and a message of positivity about following your own lackadaisical path and trusting your intuition: “Everything I’ve done so far doesn’t make any sense/ And I guess it’s just a happy accident/ That I find myself here/ I’m lucky, I know.” Helen Austin and Paul Otten’s voices blend beautifully, and they often sing in unison, inviting the listener to sing along and adopt the mantra for themselves. And what, exactly, is that mantra?

How often do we tell ourselves that? Rarely, if ever. “Oh, I like who I am,” is Austin and Otten’s answer to that attitude. Not that self-acceptance came to them easily, oh no. “It took a while to land,” they sing, though how they arrived here isn’t really all that important. “I Know I Know” is all about embracing yourself in the now.

The folk-pop duo Big Little Lions consists of Canadian Helen Austin (Royston, BC) and American Paul Otten (Springboro, Ohio). Their collaborations have earned them a JUNO Award and a John Lennon songwriting prize, and their songs have been featured in numerous commercials, films, and TV shows. Their music is jam-packed with emotion and tight harmonies, the sound of two people happily working side-by-side.

Living thousands of kilometers apart, they were used to working remotely — but they had always enjoyed coming together to tour for live shows. With those shows cancelled during the pandemic, the duo pledged to release a single a month, not just to keep themselves sane, but also connected.

Collectively those songs have amassed 400,000 Spotify streams, a Canadian Folk Music Award nomination, an official showcase at Folk Alliance International 2022, and a new record deal with Fallen Tree Records. They’re also back on the road again!

On Happy Accident, thirteen of those singles – songs of separation, songs of friendship and  songs of love – are collected to create one captivating album; “I Know I Know” is the only song that wasn’t previously released.