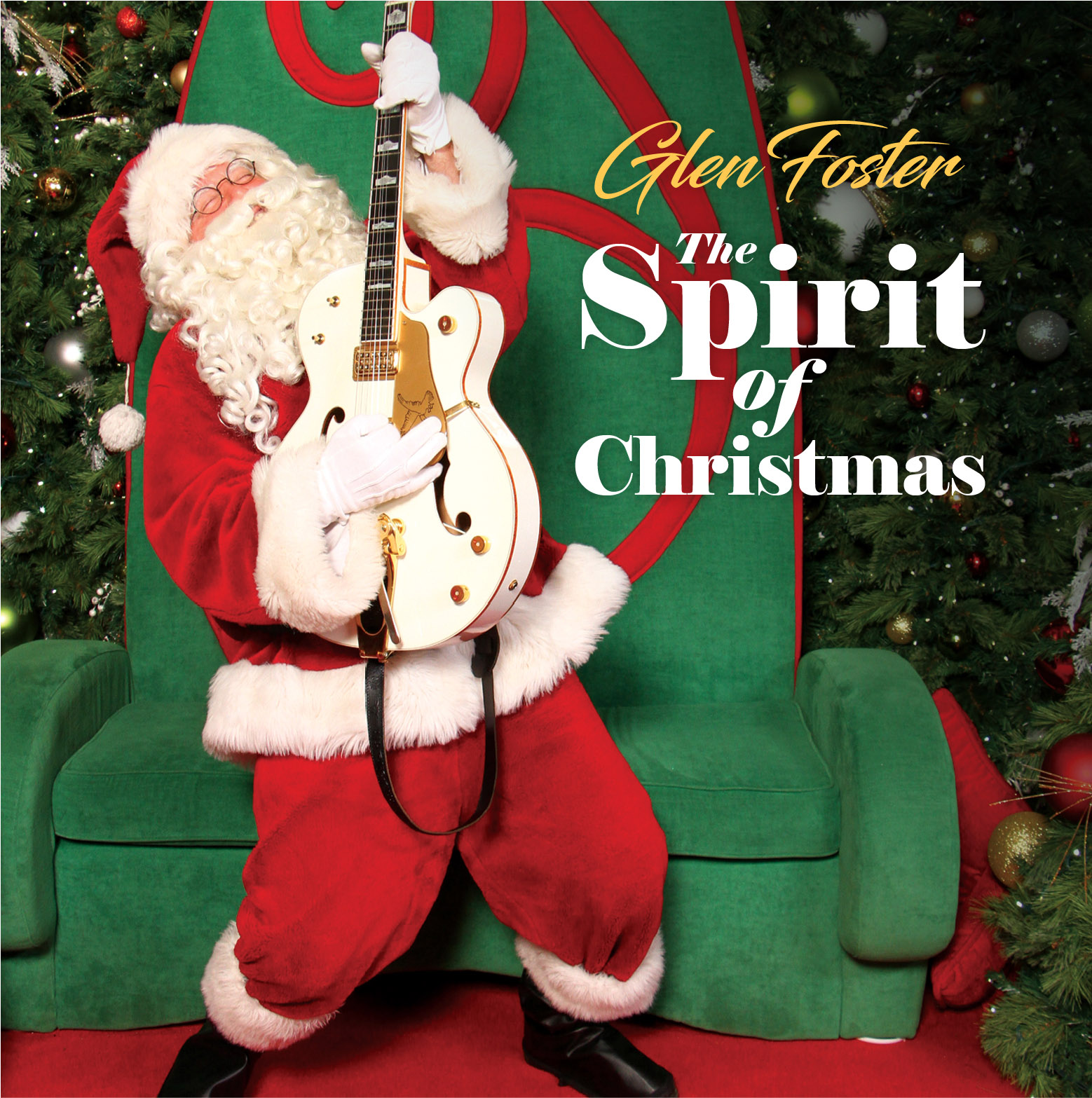 Renaissance musician and veteran Canadian folk-rocker Glen Foster embraces the holidays with a collection of songs sure to warm your home and hearts this season; The Spirit Of Christmas is available now!

Check out the title track “Christmas In Vancouver” here:

An eclectic assortment of classic holiday numbers paired exquisitely alongside original compositions, Foster’s extensive guitar experience lends itself to a unique twist on the Christmas standards endured for generations. Notable on the 12-song album is the remaster of Glen Foster’s 1986 single “The Spirit Of Christmas” — which was initially released on red vinyl, and inspired the new record’s title.

Inspiration for the release materialized gradually over years of Foster’s guitar teaching sessions, finally coming to fruition for this upcoming holiday season. Foster began the creative process by discussing the single and album opener, “Christmas In Vancouver,” with premier jazz keyboardist Marty Steele, and decided to expand the project into a full-blown album shortly after. He then gathered a team of all-star musicians under the guidance of seasoned producer Rick Salt to create a record that’s jazzy and festive.

The pandemic allowed for the time to record many of the solo guitar pieces at Foster’s home studio, giving the album an artisanal handcrafted quality. The glistening sounds of the season especially come alive on the uptempo “Jingle Bells Jig.” 100-year-old sleigh bells can be heard on the song along with a century-old cigar box refashioned into a ukulele; these rustic touches accentuate and embellish the rendition of the Christmas classic. Musical themes of togetherness are made more moving by the harmonies performed alongside Foster’s wife and a cute little part for his young son.

The depth of Glen Foster’s musical expertise stems from over 40 years of performing professionally with many bands and studying across multiple sonic disciplines. He runs his record label and publishing companies out of Vancouver Island, B.C, where he has written and produced nine albums with some of Canada’s top musical talents. Foster has enjoyed an accomplished career, including a performance for the 2010 Winter Olympics in Vancouver and distinctly winning two silver medals from the Royal Conservatory of Music.

The holiday season is sure to be more harmonious, with the thoughtful musical stylings of Glen Foster uplifting your spirits all season long.

“The Spirit Of Christmas” is available on all digital platforms and retail outlets. Audiophiles can contact Glen on his website to obtain a rare collectable red vinyl version of the single on Rescue Records.