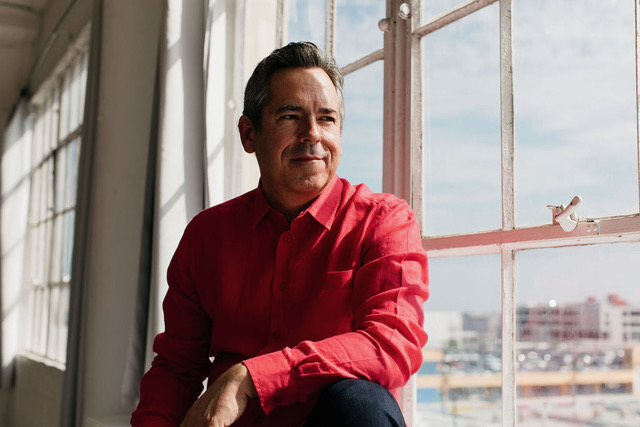 The dictionary defines ‘wanderlust’ as the ‘strong desire to travel,’ and nothing could be truer — both figuratively and literally — for Canadian jazz artist Blaine Sharp and his debut album and single of the same name.

“I’ve always loved the word,” the Los Angeles-based singer, songwriter and actor says. “There’s something about it that appeals to the romantic in me. That the concept of ‘aching to get away so badly’ has its own word… and, not just any word, but a portmanteau that attaches the passion of ‘lust’ to it all.

“I’m not a linguist, but as a musician… this strikes me as pretty fertile ground to explore.”

And explore is what Sharp is doing; this is a man who, if life was a checklist, seemingly had “it all” — an established career, his “dream home” and a teeming stable of family and friends close by. An avid traveler and musician at heart, however, his bucket just never felt full. “At this point in my life, taking a chance on my life’s dream required a leap of faith,” he says. “For me, it meant walking away from pretty much everything.”

In 2017 — with the encouragement of his husband, and an opportunity to move to LA — the time had come. “Moving to LA was a gamble…” he nods from his light-filled apartment in the creative heartbeat of the ‘Sunshine State.’ “So many people come here hoping to make their dreams come true against enormous odds, and I’m just another one.

“At my stage of life, though, the stakes are just about as high as they can be. People start to wonder if you’re crazy. I wondered if I was too.

“Truth is, however, I never felt saner and things never felt more ‘right,’” he continues. “There is something insidiously corrosive in becoming settled and secure in life. It is an alluringly comfortable place to be, and one that most struggle to even achieve. But… It’s also a trap that can leave you wondering what’s next.”

For Sharp, that’s “Wanderlust” — a project he had in him, but never set out to create. 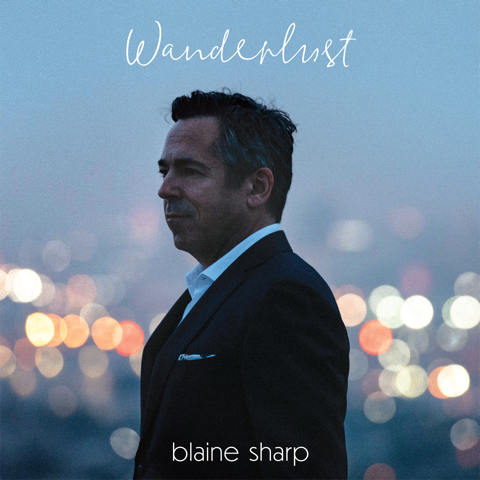 “I’m not really sure what my objectives were,” he says of the album’s earliest days. “Living in LA but waiting on a Green Card, my options were pretty limited. I booked some ‘for credit and copy’ acting gigs here and there, and I was taking some classes, but I became impatient. It felt like time was passing me by, like my wheels were spinning in place.

“I arrived on Peter Smith’s doorstep with a stack of music and an utter lack of direction,” he laughs, in hindsight, of connecting with his producer and co-writer. “I just wanted to sing.”

And sing, he does. Available October 18th, the freshman release deftly showcases his expansive range of artistic and creative influences and instincts. With inflections of traditional jazz instantly identifiable throughout, the album as a body of work lives up to its name, playfully traversing a wide variety of musical terrain.

More than a random collection of songs, the album — which includes two original tracks — builds on a connective theme. “There’s a lot of restlessness and yearning.”

That the title of the single matched the album was meant to be for Sharp. “The thing I realized I was missing was a title song that would tie it all together. So I wrote one that afternoon. No fuss, no muss, start to finish in about an hour.”

“As a writer, it just doesn’t get any better than that!”

“Wanderlust is the first milestone on this path,” he says, connecting his storied past and present with an excitingly uncharted future. “It’s the first thing that truly represents me and came naturally to me.

“When I sit back and listen to the album now, it strikes me how optimistic and uplifting it is. It wears its heart on its sleeve, a clear affirmation of love, hope and romance…”

“Timing is everything, and it often feels like we’re living in dark times these days. Or, disappointing times, at the very least. Maybe Wanderlust harkens back to rosier feelings. Or it’s the ‘permission’ to go out and chase your dreams.

“Maybe it’s a tonic for me. I hope that listeners will find something in it that’s a little tonic for them too.”