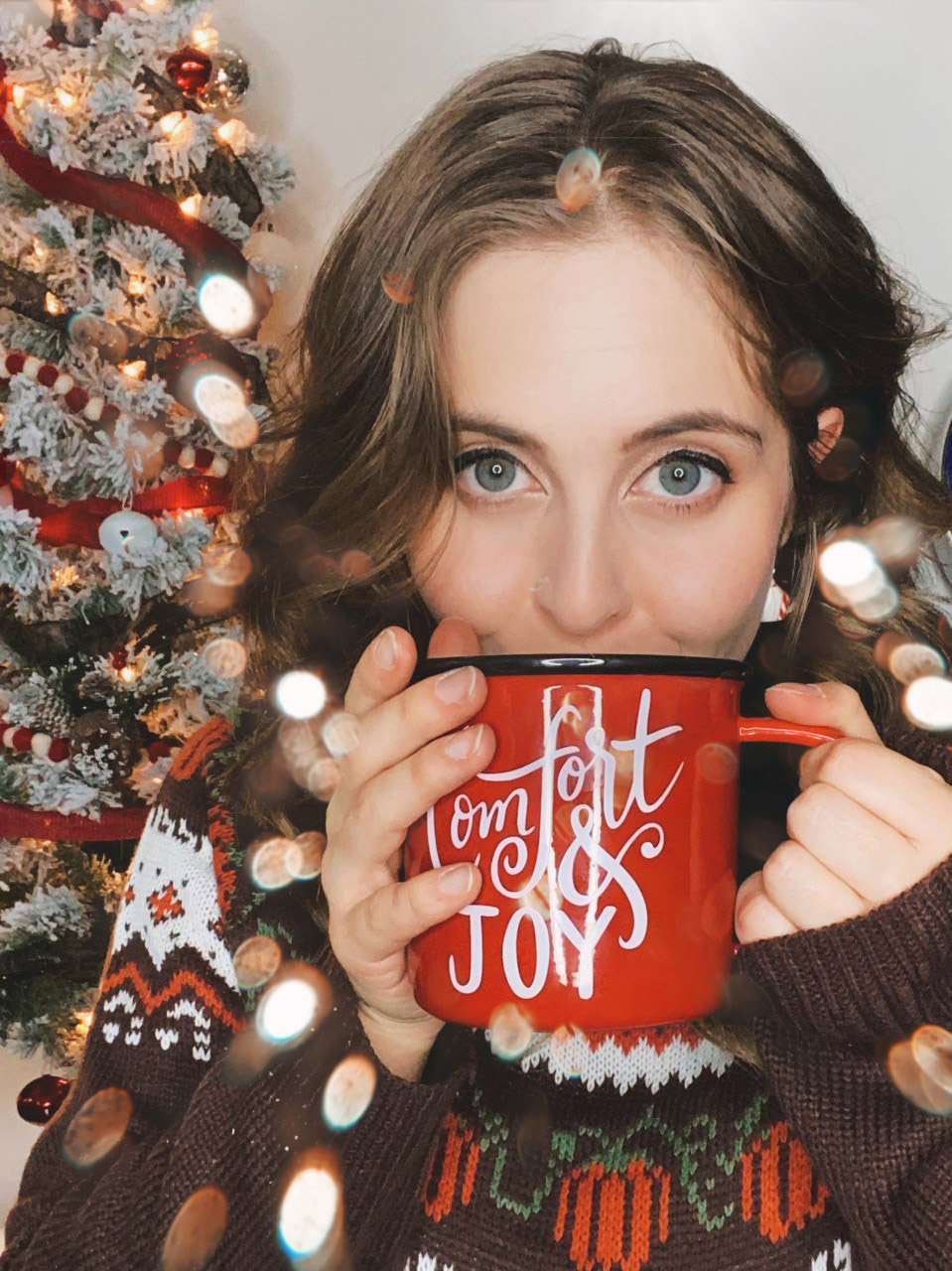 Every so often, an inventive artist sets out to challenge the norm when it comes to the merriest genre of music, and award-winning, stream-soaring, chart-climbing Vancouver, BC pop singer/songwriter Madison Olds does just that with her newly minted holiday bop, “Christmas At Home”.

The perfect duet for sipping hot toddies by the fire with friends, the song is in collaboration with Nearly York (Lucas Gienow); the pair paint a seasonal portrait epitomizing the joy found in hiding out at home, avoiding the crowds and holiday chaos — until the family arrives, that is!

Listen to the heartwarming “Christmas At Home” here:

Incorporating the jingling of sleigh bells, a Jason Mraz-sounding plucking vibe, and an up-tempo finger snap percussion, the song is a beautiful blend of Olds’ and Gienow’s gorgeous harmonizing vocals. Referencing ‘Grandpa Steve’ and poking jabs at Grandma and the reindeer incident,’ the cheerful, light-hearted track also features Olds’ father playing trumpet during the bridge — tying the family-friendly record together neatly with a bow.

“The song wasn’t originally about being stuck at home,” Olds reveals. “It was going to be a more classic angle before Lucas joked that sometimes, being amid the holiday chaos and trying to meet family expectations is very overwhelming, and there is peace and yuletide glee to be found in those quiet moments alone.

“This song was also born out of the idea that sometimes we forget we don’t all live those perfect ‘Hallmark movie’ Christmas moments, and that many people share Christmases with multiple families, or experience one alone, or endure complicated scenarios.

“It kind of also represents the thoughts from two different families and how they experience Christmas,” the Bell Media “Future Star” (December - January ‘21) adds.

Olds has become a mainstay in the Canadian music industry, rising rapidly to the top with her infectious pop songwriting and performing ability. Her debut EP, Drowning In My Thoughts, dropped summer of 2021 and went on to amass more than 2+ million streams — hosting a conglomerate of hit singles, including “Best Part of Me,” which reached #22 on Billboard’s Emerging Canadian Artists Chart.

The songstress has earned her way to the opening slots for mega stars Kacey Musgraves, Willie Nelson, Scott Helms, and more, and it was Olds who penned “Moments in the Mountains” for Kamloops’ 2018 BC Winter Games — which would later be selected as the soundtrack for the Fairmont Pacific Rim in Vancouver, BC. She’d follow that success with “Thank You,” an anthem dedicated to life after heartbreak, in whatever form it happens; the song launched Olds onto the Hot AC Charts in Canada, rewarding her with Top 10 accolades with CBC’s Searchlight 2019, and international showcases with Music Matters in Singapore.

A true philanthropist and animal rights activist, Olds has been making waves across socials not solely from her music, but also her desire to fight for causes she holds near and dear to her heart — including stem cell research with Bioxcellerator in Colombia, a biotech company aiding in the assistance of Olds’ partner who lives with a severed spine, by raising nearly 100k on TikTok. Olds has also leant herself to the rescuing of the often poorly-treated Pitbull breed (in which she has personally rescued four herself) by providing time assisting and raising funds for the SPCA. Additionally, Olds has utilized her platform to raise awareness of Mental Health by creating the PoCo Candle line, and sharing about mental health in the media and during Bell Let’s Talk Day.