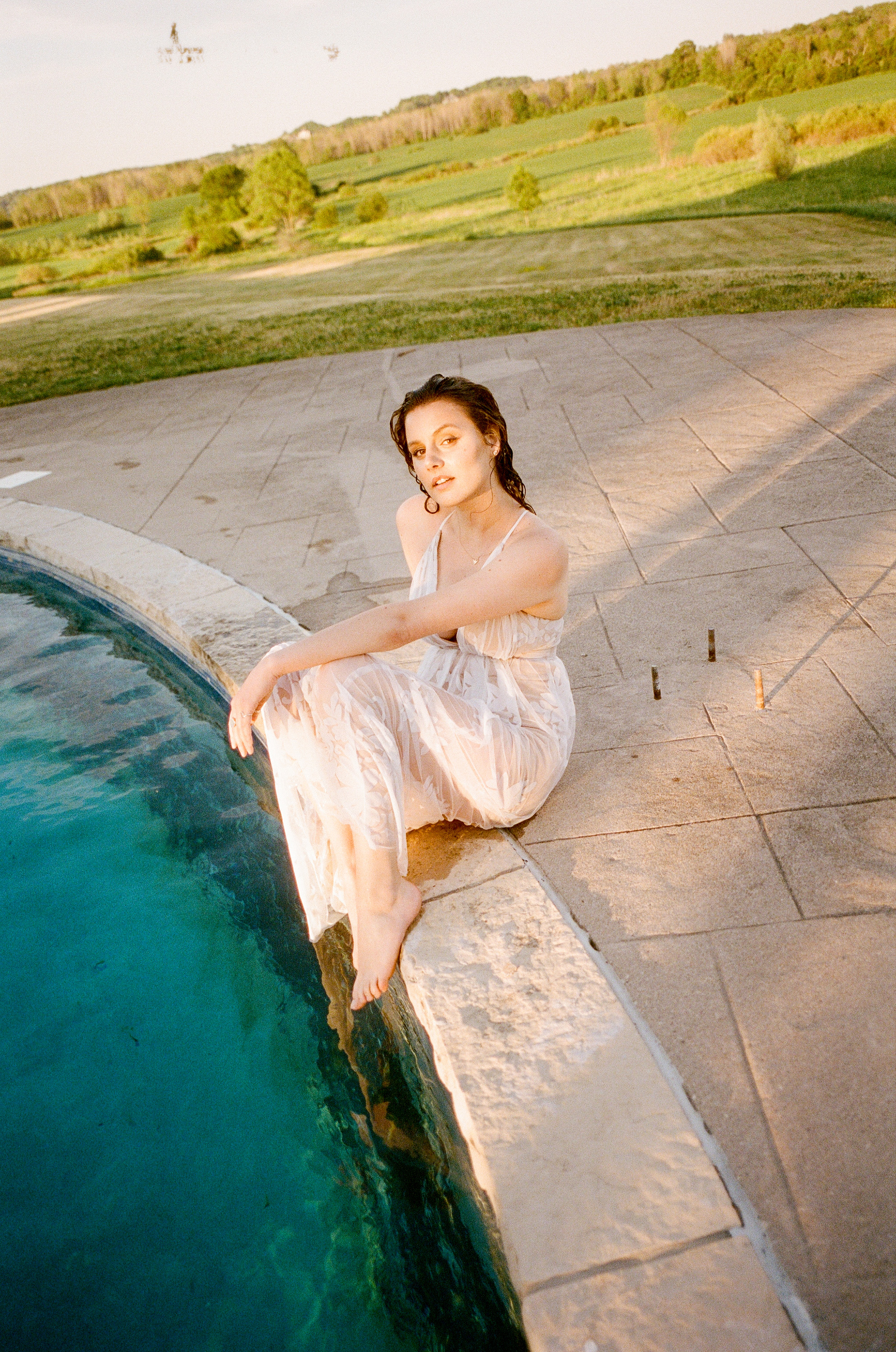 Continuing to infuse a swirling breath of fresh air into today’s pop-jazz scene, multi-talented Schomberg, ON-based artist Cynthia Tauro is “Right Here” with the release of her new single and video.

As a song, “Right Here” illustrates how love slowly releases when it’s left unreciprocated — and adds to her well-regarded repertoire of soulful, sensitive, and intimate songwriting combined with evocative and immersive vocals over an intrinsic love of Latin and complex jazz harmonies.

Following her 2020 single, “You Know Me,” the new track stays in the musical lane of Tauro’s music genre potpourri of choice — all while wittily pushing the envelope by adding inventive elements to the mix. Think: a groovy core instrumentation played out by banging keys, guitar, percussion and bass, plus a dash of vocal attitude and stirring, unapologetic lyrics for good measure.

“The making of this song was way different than anything else I’ve done thus far,” Tauro shares of its origins behind-the-scenes. “I went into the studio with the bare bones of the song, and a clear vision of the groove and feel — and then Marito Marques and I brought it to life!

“We had such a good time creating it,” she continues, “and having TJ Whitelaw and Louis Simao in to play… I feel like I explored, and took risks with my voice, and I’m really happy about it.”

The video is set in a dimly lit coffee-house that illustrates a modern take on the old smoky jazz/bossa nova clubs. The bohemian flare easily captures that ‘New York East Village’ appeal, swiftly harnessing the premise of the track. “Making the video was a wonderful experience,” Tauro recalls. “I worked with an amazing team who really respected my vision and wanted to stay as real as possible when it came to the performance of the song — which I loved.

“I also got to have some friends and family on-set, which was so much fun! I was able to play for the first time in a while, and with outstanding musicians — it was such a good feeling.”

First known as a musician, composer, multi-instrumentalist and performing artist with a signature, soulful spin within the jazz-pop and world fusion realm, Cynthia Tauro released her debut album Moments (2019) to critical acclaim.

Its debut single “Dancing On My Own” hit #1 on the Canadian iTunes Jazz Chart and highlighted the Ontario-based musicians' longstanding talents as seen on stage alongside artists like Little Scream, Harea Band, and as host of Jazz Jam. With “Right Here” comes the next preview to Tauro’s current exploration of new genre-bending ground when it comes to her forthcoming EP, set to feature her intimate, soulful lyrics and engaging energy.

“The aesthetic around it feels the most like me,” she reveals of the release. “I’m very excited for it to be out in the world!”