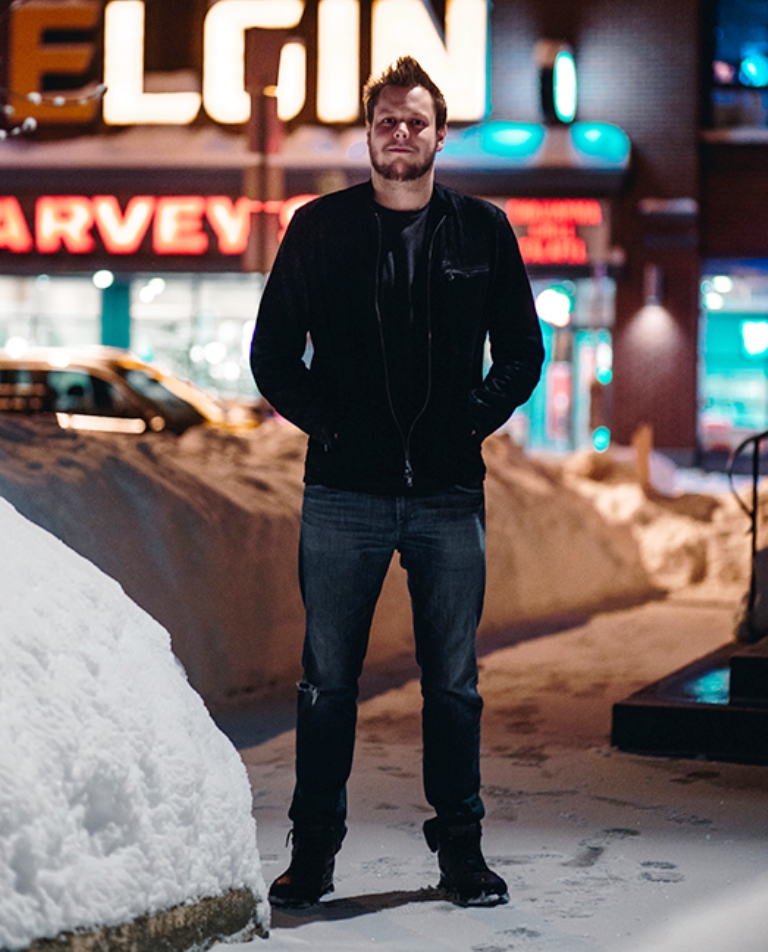 Time not spent studying revolves around furthering his craft, including freelance production and mix work with a variety of artists, and songwriting and arrangement consulting.

His efforts are quickly becoming noticed; “Mark is a talented and adaptable musician who can evolve on a dime when he needs to,” says Berklee Songwriting professor, George Woods. “(Mark is) committed and dedicated to what he does.”

“The guy’s a maniac in the studio,” Hanlin continues. “You know anything Hollow River releases is going to BUMP!