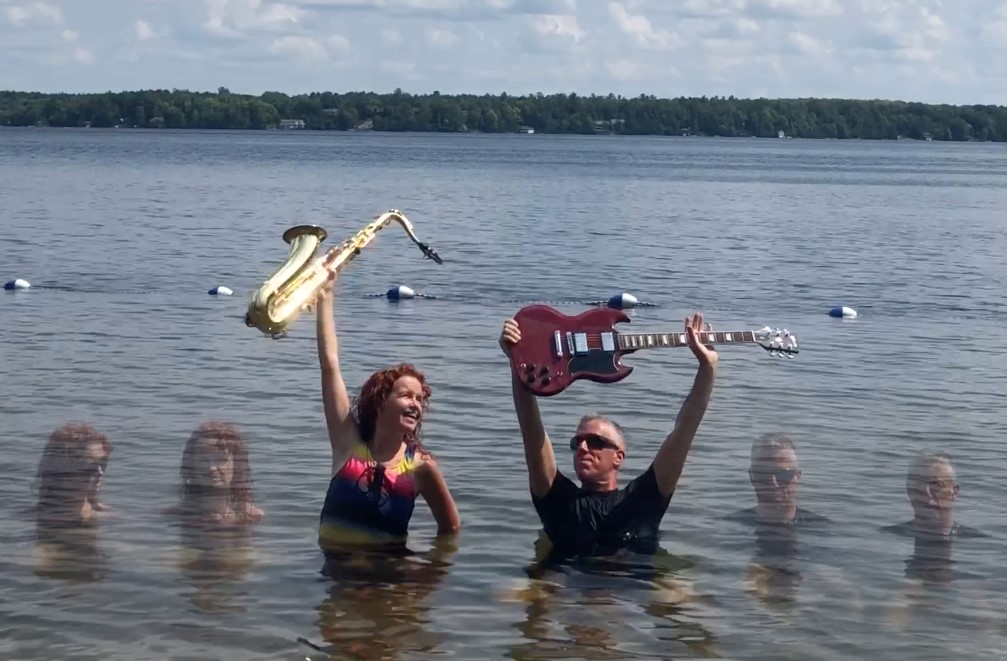 Pop-rock group The Red Dirt Skinners may just be getting settled in Belleville, ON, but they're far from settled when it comes to their music careers. With a discovery straight out of a storybook, and enumerated accolades from the UK, The Red Dirt Skinners have grown into their sonic skin and surroundings with recent world events, fleshing out new riffs and lyrics; their new single “Wolf In The Woods” among them, and available now.

Upon moving to Canada after receiving an invitation from Canadian Immigration to become permanent residents under the “Performers of a World Class Level” category, the Red Dirt Skinners were on their way to Edmonton to start their tour for the year. As the world was rolling into 2020, and winter storms battered the Alberta region, the Red Dirt Skinners received the news every touring indie group dreads — the show is cancelled and the venue is closed. Tack on a growing pandemic, and you’ve got a recipe for uncertainty.

However, that didn’t stop Rob and Sarah Skinner, the two sole members of Red Dirt Skinners. “We spent three days in a hotel just outside Edmonton airport in -37 weather,” they recall. “We ended up writing several riffs, lyrics and ideas which became the backbone of many of the songs on this album — Bear With Us.”

Check out the single from the album “Wolf In The Woods” here on YouTube:

And bear with them their loyal audience has...

Through an interesting social media campaign, the Red Dirt Skinners continued to tour sites of interest, bringing along a special stuffed friend; a stuffed bear, to be clear. With that sort of wit, it’s no surprise that one of the songs off of this new album, “Wolf In The Woods,” carries a similar underscored symbolism.

“Wolf In The Woods” is a dark song about narcissistic abuse that is meant to serve as a cautionary tale. “It’s a reminder that if it doesn’t feel right, it probably isn’t. Regardless of how charming these people may first appear, they are parasites who will take all they can from their victims until they’ve used everything up — and they discard them, and move on.

“We’re drawing attention to the red flags in the hope that we can help others spot the warning signs before they are sucked in.”

A humble quest, indeed, and one that won’t be lost on those who have suffered this type of abuse before. In fact, the song almost serves as validation for anyone on the receiving end of such 'wolf in sheep's clothing’ perversion, while also acting as a call-to-action for those questioning someone’s behaviour.

The song is the latest in a line of releases that seamlessly blend male and female harmonies while featuring “Sarah’s trademark soprano saxophone solos” — creating a delightful listening experience. In the words of the Daily Mirror, “homebred male/female duos don’t come more impassioned or impressive.” Those words do a fantastic job at summing up this impressively talented indie pop-rock group. Canada has taken their fate into their hands, but it doesn’t seem like it will be long before the Red Dirt Skinners have their chance to impress the world.