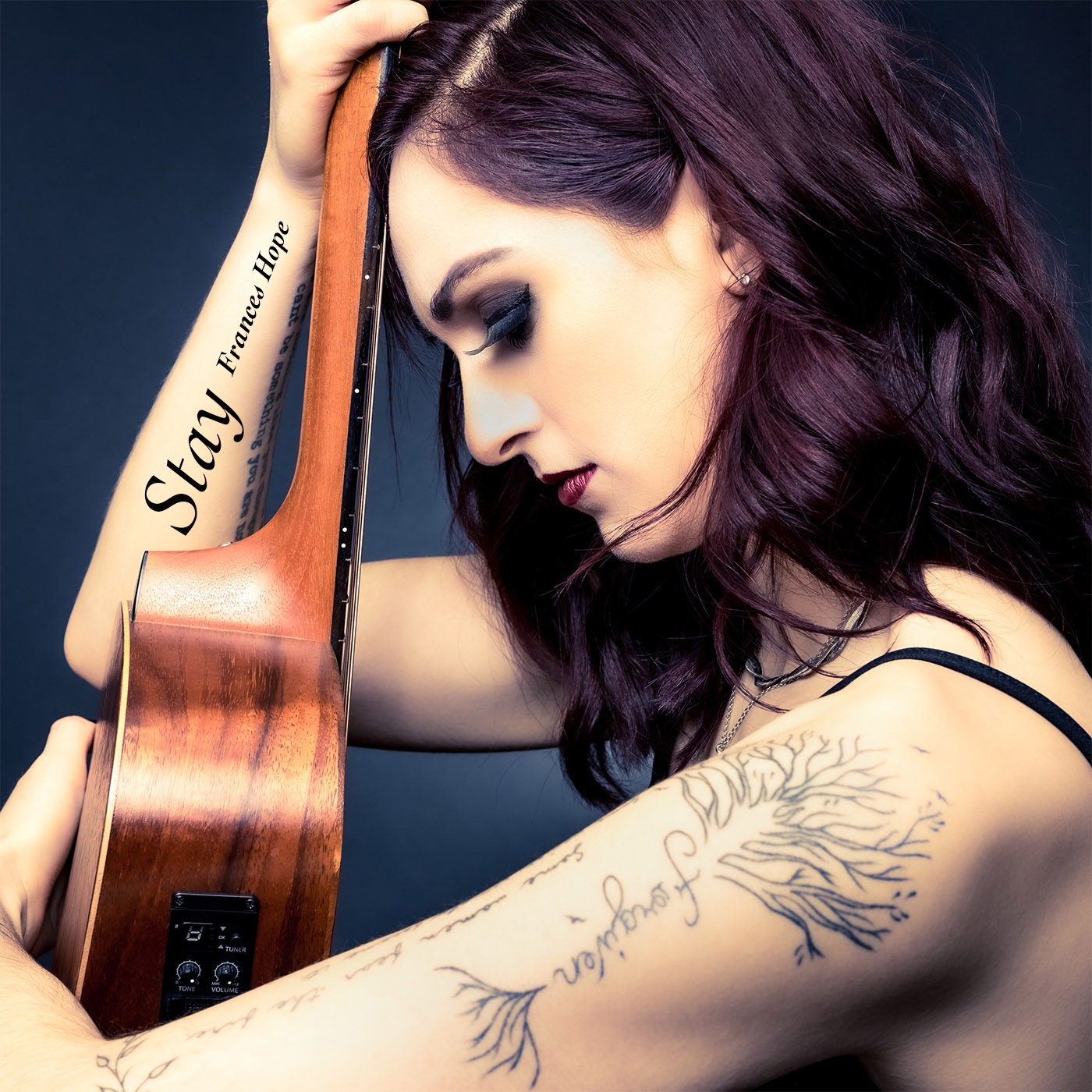 There will be nothing you’d rather do than “Stay” when you take a spin on the latest song from Canadian singer/songwriter Frances Hope and her new single – check it out on YouTube here:

The ethereal, whimsical, pop-injected rock offering lands like a magical soundscape lulling you like a lullaby — pleading with you to remain just where you are, and as you are, as you listen. The track penned by the Edmonton-born, Victoria-based indie songstress is a majestic insight to yearning, needing; imploring of pure human desire that begins as need as it builds to self-sufficiency.

Says Hope of the song: “‘Stay’ was dreamt up while at my piano while contemplating how to bring the feeling to life of being powerless, angry, hurt, and broken, but still wishing that the person who broke you in the first place would ask you to stay. In my opinion, this song is the representation of love as an addiction, and the push-pull of the toxic relationship, where everyone around you asks, ‘why didn’t you just leave?’”

Hope is a leading contender in the field of up-and-coming Canadian musicians. A poet, lyricist, instrumentalist, and vocalist, she has defined her place in the musical landscape, bringing an edge of grit to vulnerability, and remaining wholly authentic.

Having already made waves in singing competitions like Sing for the Shot: Remastered, and taking the top prize from a battle of the bands to perform at the Dragon Boat Festival in Victoria, Hope is chiseling out her path as an indie musician to watch for. Now armed with two EPs (and a third on the way), plus singles to match, Hope is garnering acclaim across radio and streaming alike.

Frances Hope teamed with Spencer Lillo to bring “Stay” to life. She says, “The collaboration began after I posted a short video of myself playing a moody and emotional version of the song on the piano. Spencer Lillo happened to see the video and contacted me about creating a pop-rock version of the song, which I was really excited to try and think will resonate with others who have experienced the same thing.”

In addition to her songwriting prowess to deliver messages of genuine heartbreak and the innate desire to heal oneself in an effort of poignant discovery, Hope also tackles current and old school covers; sharing her recreations on YouTube, generally stripped down to just she and her piano, she excels in dreaming up the message she wishes to share and creating the melody and lyrics to draw in a listener through both experience and understanding.

“‘Stay’”, she says, “is a letter to those needing to forgive themselves for what they experienced, and recognizing healing is non-linear and nothing can be gained from a relationship that makes you suffer.”

And it’s that connectivity Frances Hope provides her listeners that compels them to “Stay” with her.

Her music. Her message. Every time.