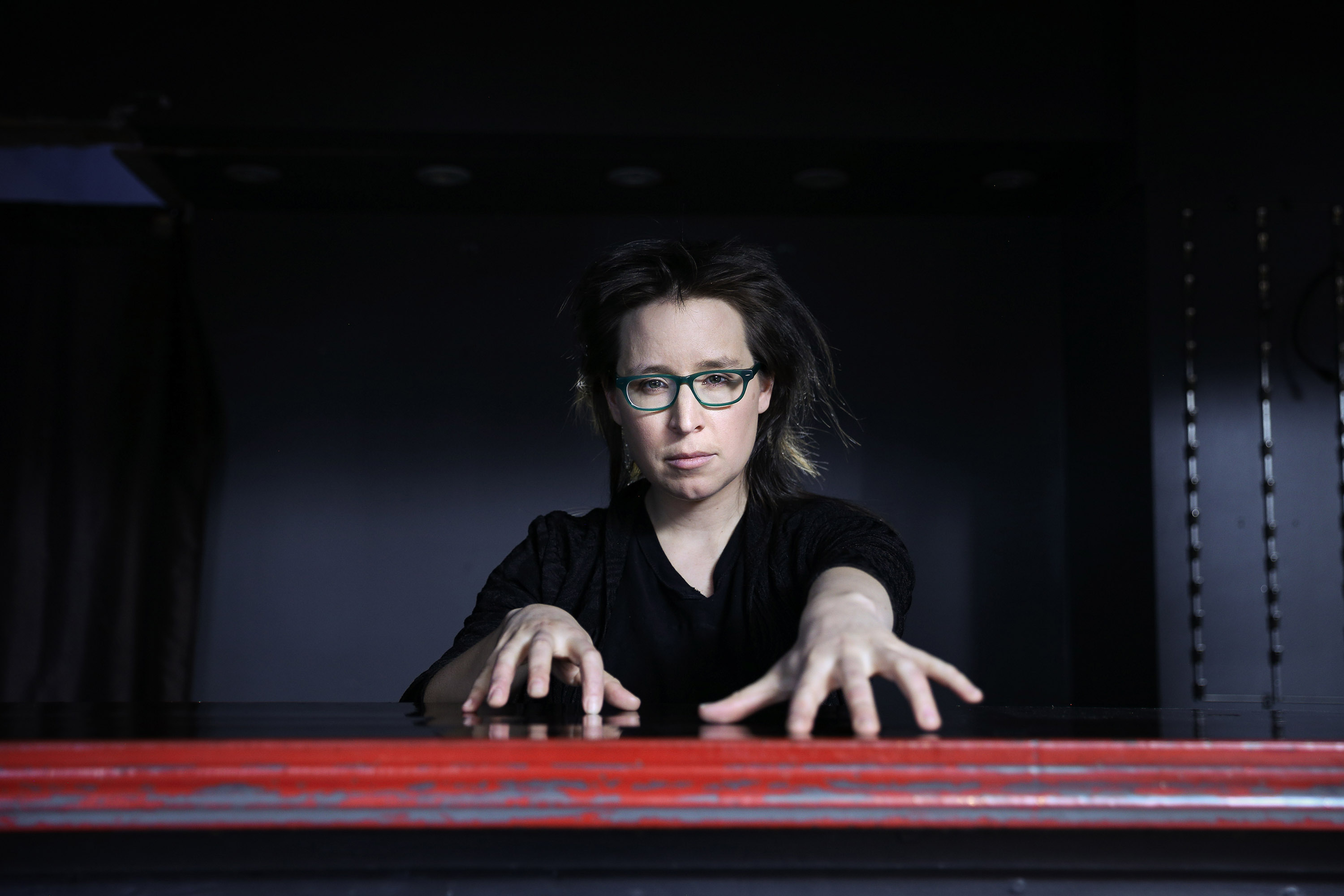 Study after study has shown that women have borne the brunt of stresses related to the COVID-19 pandemic, and Canadian singer-songwriter Carmen Braden’s new single “Menu” captures the sentiment.

Every man, woman and child in arms reach wants a piece of me
Like I’m the only bird in a house full of foxes,
chickadee chickadee

“Menu” is sparse and industrial, with dark synth and artfully disjointed beats. Braden speak-sings throughout; her voice, matter of fact.

“Scramble for the door/lock it down, lock me in,” she sings calmly. And that’s what so many of us, to one extent or another, have had to do over the course of the past year: take a deep breath and endure family confinement without going cuckoo, even though the possibility is quite definitely there.

“You’ve got me all carved up like a menu” is the song’s refrain, and early on she gives us an image of meat falling off the bone. “’Menu’ puts forward the idea that someone’s whole being is tied to another’s needs,” Braden said. “I’d say it’s about the grind of day-to-day life. The demands on your physical body, and on your energy, on your time.”

Further, producer Mark Adam helped her shape the song so that it was, in Carmen’s words, “dark and gritty, with a shimmer around the edges.”

The song lurches in some moments, and floats in others — mirroring the emotions and the ebb and flow of demands in a day without defined boundaries. “An internal monologue of someone trying to keep things calm and in control,” Braden says, “while in reality they’re teetering on the edge.”

“Menu” is the second single on Braden’s third album, Seed Songs. “Each song has a core — a ‘seed idea’ — I tried to capture,” Braden explains. “They’re each a kind of vignette: a moment in time; a snapshot of joy or struggle, fragments; phrases; edges…

“Through this past fall and winter of the pandemic, the minutiae and small details of everyday life were my focus. I wrote dozens of these short ‘seed song’ ideas — all connected to moments of beauty I encountered, or struggles of the day-to-day. I strived to share things that may seem ordinary or simple at first, but are actually profound, fulfilling, and nuanced.”

The making of the album, of course, also faced constrictions due to COVID. Braden worked through the writing and recording of Seed Songs all by distance from her home in Yellowknife with producer Mark Adam in Nova Scotia. It had a silver lining. “Working that way meant I brought the music to life with Mark in ways I hadn’t done before,” she says. “Mark encouraged me to embrace the rough while not sacrificing the concise. I also used instruments and technologies that were new for me — guitars, synthesizers. This brought a process of freedom and exploration to the recording process.”

Braden is familiar with the process of exploration. Her debut album Ravens was released in 2017 combining her songs and compositions, and her sophomore offering, Songs of the Invisible Summer Stars, followed two years later as a deep dive into her contemporary works for chamber ensemble.