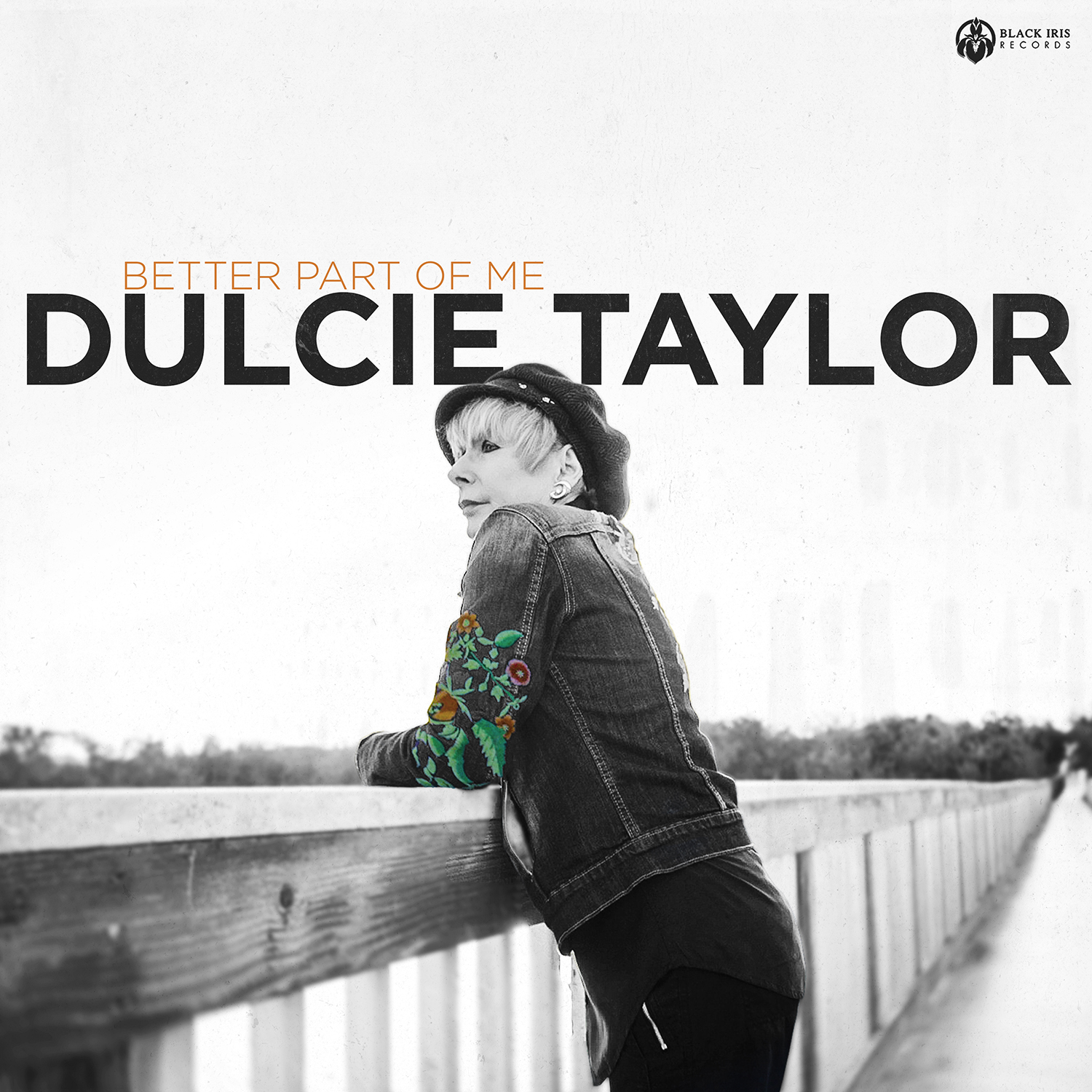 Black Iris Records, a joint venture with Mesa Bluemoon Recordings have announced a March 9 release date for Better Part of Me, the new album of songs from acclaimed singer/songwriter Dulcie Taylor. The label will release “Halfway to Jesus,” the first single off the new album.

The title of the first single has special meaning to Dulcie Taylor, as she reflected on it recently.
“Our planet is suffering from ravaging climate change that has brought on catastrophic storms, commonly called ‘1,000-year storms,’ indicating how rare they should be. We must take action to save our planet.”

“I am so thankful to have such incredibly talented people to work with,” Dulcie says about the sessions. “I trust them, I thoroughly enjoy their company, I share their aesthetic values and we have a lot of fun together (always an important part of creation). Each morning when I came into the studio, I felt like a little kid on the way to a much-anticipated birthday party.”

Dulcie Taylor’s songs give insight into not only her feelings about the world we live in but about relationships past and present. She has an uncanny ability to distil complicated situations into easily identifiable and understood realities.

“George Nauful and I have several songs on the new CD we've written together, such as ‘Hearts Have to Break,’ she states. “We sing it almost all the way through as a duet. The lyrics to this song sum up how I feel about love and its importance in the human heart. I especially love George's guitar solos on this recording. He always takes the melody somewhere that surprises me but also delights me.”

Another standout track  Better Part of Me is “Moon Is Cold,” which Dulcie describes as being about “When a deceiving nature is coupled with a smart mind, look out. Somebody's going to get hurt. I love the slide guitar part, played by Dominic Castillo. He plays what I would play if I could.”

Taylor describes the album’s title track, written by George Nauful, as “a dreamy, ‘noir-ish’ song about trying to reach that place where the love you share with your lover is all you want it to be.” And simply describes the aptly titled song, “God Did Me a Favor,” thusly: “When you find the right person to share your life with, it truly feels like God did you a favour.”