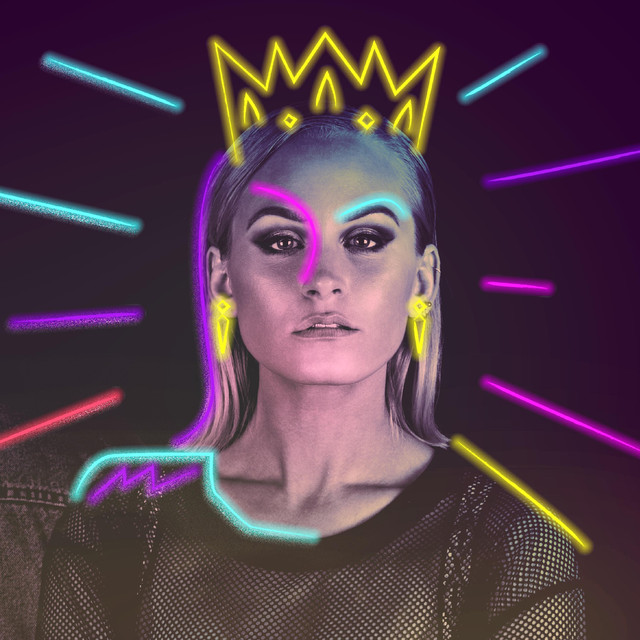 Creativity, style and power. Those are just a few of the elements that Sweden-based artist Eleonor Léone brought to the table during Newfoundland’s first edition of the international music festival Live At Heart. Together with her DJ and best friend Alexandra, the duo set off for Canada in a major step towards bringing their music to the world stage.

At the age of 5 Eleonor joined a musical group that toured all over Scandinavia and since then she hasn’t looked back. Making appearances in all kinds of shows from musicals to dance productions, (‘FAME’, ‘Me and my girl’, and ‘Moderskärlek’ to name a few) Eleonore has always had a love for performing. In fact, she has gone above and beyond performance to take on other roles in the industry such as choreographer for productions in De Geerhallen, collaborations with various fashion shows as well as working with the Symphony Orchestra in Norrköping. It’s safe to say that Eleonor Léone is fearless and has decided early on to make a life out of doing what she loves.

When I first arrived in Marystown I had the chance to meet a lot of bands as well as solo artists. It can be easy to forget names and faces when you’re caught up in the craziness of a festival, but this was not the case with Eleonor and Alexandra. When I saw the red suit with the words ‘Bye Boy Bye’ written in bold across the back of the jacket, I was intrigued. I first met them on the elevator up to the 3rd floor of the hotel where the bulk of the artists were staying. They were very friendly and I got the impression that they were excited to be in Canada. I made a mental note to check out the music and try to get out to a show.

Due to circumstances, and because my own schedule conflicted with theirs, I was unable to attend the first show Friday night. At this point, I had listened to the ‘Bye Boy Bye’ 5 track EP and had had a chance to digest the music a little better. All of the songs feature KNY whose vocals pair excellently with Eleonor’s. The album starts off strong with the rhythmically-refreshing and melodically-alluring track ‘Get Out’. Next up is ‘One Thing’, a chill track with a heavy-hitting chorus section and dreamy breakdown. ‘Heroines’ picks up the pace a little infusing synth pop and a banging dance beat to round out for one hell of a tune that hits hard. The EP then moves into ‘Complexion’, a ballad style song that really gets you in the feels. The emotion behind the vocals ties together nicely with the atmospheric production and you can’t help but be drawn in. The last track ‘Hallucination’ is a melodic treat that builds up to make for the perfect ending to a colourful album. Although I’m not a huge fan of direct comparisons, ‘Bye Boy Bye’ definitely has flavors of Zara Larsson, Julia Michaels and even MØ. The music is for virtually anyone and everyone which is definitely a strong selling feature.

Saturday night Eleonor was booked to play at Paddy’s Shed. As the MC introduced the pair, a roar of applause rose up from the audience. Clearly, they had made an impression at the festival and had already made some loyal fans to show for it. Eleonor, never selling short on her brand and style while both on and off stage was wearing a bright orange piece with an elegant white dress underneath. As part of the show, Alexandra was decked out in a black suit and a plain white mask with a single tear. As they took to the stage, the opening beat to ‘Get Out’ rang through the warehouse and set the tone for the show. After the first number, Eleonor addressed the crowd and got everyone involved in trying to pronounce her name correctly. As they continued on, taking the audience through the songs off of the ‘Bye Boy Bye’ EP, the intensity continued to build. The beats were heavy and the tone of each track was incredibly clear and unique. On many occasions throughout the set, the pair got the crowd clapping and moving. As the show climbed to its peak, Eleonor even brought some audience members onstage to dance alongside her and hype up the crowd.

All in all, it was a wonderfully powerful live show. The vibe, the energy, the music... something you definitely don’t want to miss. After the set, I caught up with Eleonor and Alexandra to congratulate them and they just seemed so happy to be performing in Canada. It was nice to see what Live At Heart Newfoundland could do not only for artists in the area but for those coming from overseas as well. It seemed as though Eleonor Léone has won over the hearts of her new audience here in Canada and is well on her way to exploding on the international music scene.