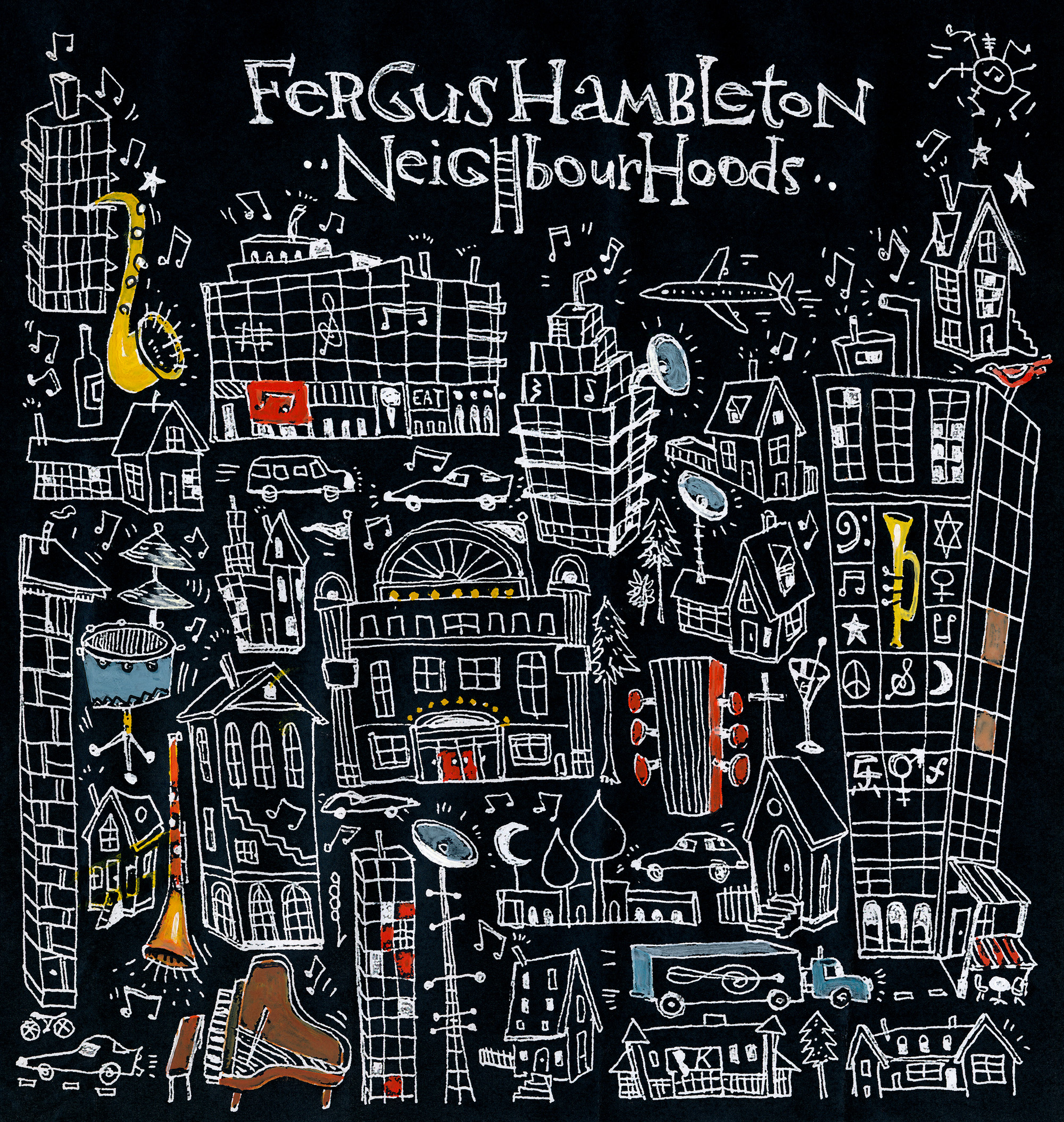 Laidback local hero Fergus Hambleton has gone from playing sax to guitaring with Sattalites to singer/songwriting, all of which come together to sweet effect on this latest album.

Posited as a stroll through neighbourhoods real and imagined, Hambleton has taken that and woven strands of reggae, pop, folk and rock across its frame and filigreed with gorgeous at times medieval-sounding harmonies that brought extra texture.  Such is the enduring cool and command of his craft wielded by the man that at the end, makes this brilliant piece of music and words seems so just by chance.

The album kicks off with “Late September Song,”a catchy tune that skips along brightly, and a showcase for the talents of backing unit Wood and Water. The harmonies do it a little differently by focusing on what Hambleton is singing rather than filling in backing vocals. That the song moves along at a goodly pace gives the impression that wherever it’s going is gonna be a fun place. Which brings us to “A Good Place To Be”, where the harmonies are no less impactful for being more traditional backing vocals.

“Slow Fade Into Black “ is a reworking of a 2018 release that got attention worldwide for its down-tempo vibe, Goth-y title and Hambleton’s measured baritone.  Elements of that uneasy feeling show up on “Walking in a Storm”, like you just left a sketchy club in a strange neighbourhood, can’t recall where you left the car and there’s a white van rolling towards you. All due to a clever arrangement employing a horn section playing jumpy riffs.

By now it’s hard to deny the album’s perfection or its keen eye for the singular but the man isn’t done yet. “Life of My Own” and “Summertime Fun” find Fergus in a rock’n’roll neighbourhood replete with power drumming and distorted guitars. That’s far from all there is, just leaving a few surprises.

The album bows out with folk standard “Pretty Peggy O” which Fergus kept close to its roots to ends the proceedings with a warm, peaceful easy feeling.

In keeping with the season, this would be a fine gift for anyone.