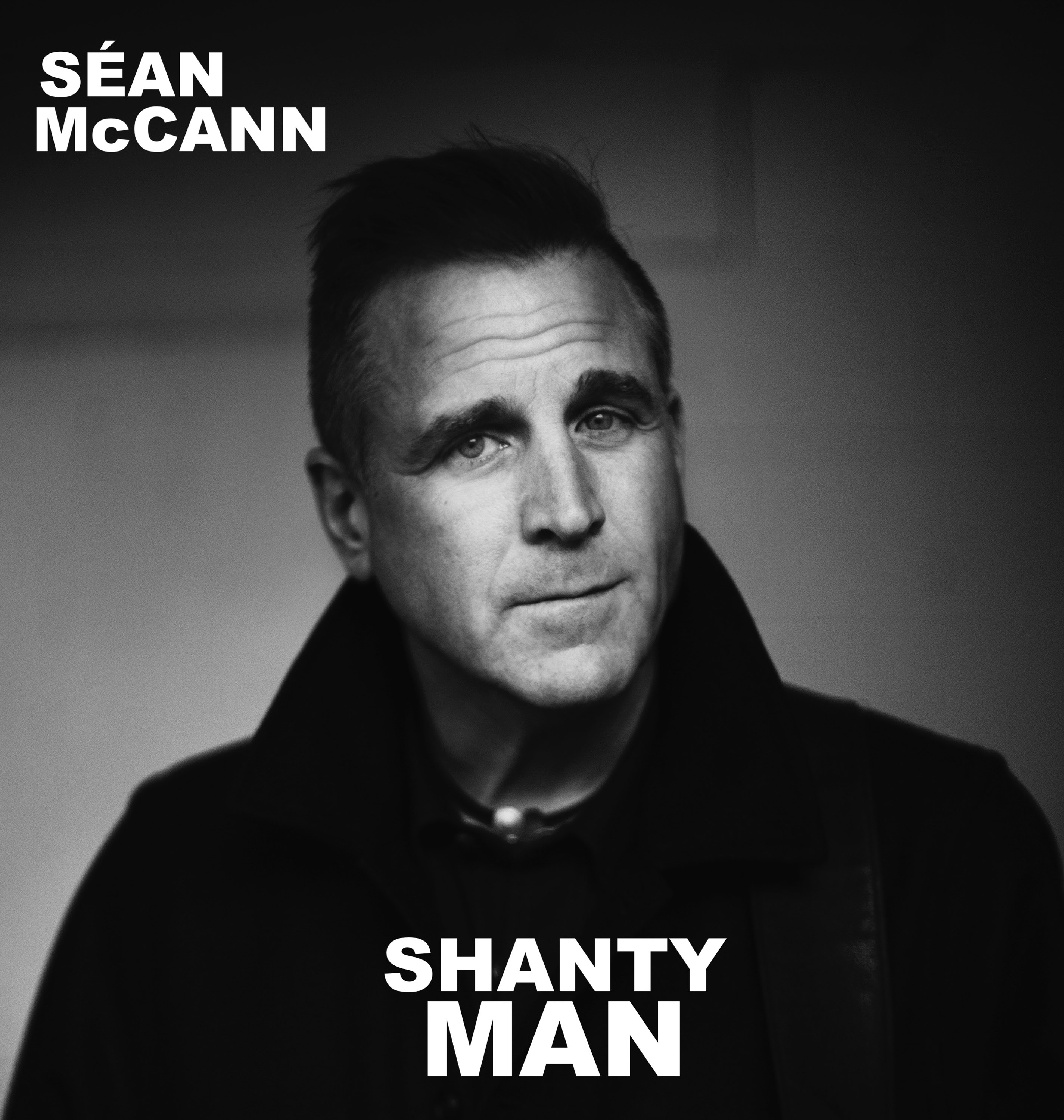 What does it mean to be a “Shantyman”? Much less know what he may do with his time? His life? Leave it to Canadian Celtic folk-rocker Séan McCann to spin the yarn that’ll provide all the answers in this, his new single.

Depending upon which side of the Atlantic your ancestors come from, a “Shantyman” is either a simple sailor, or a lumberjack, who leads his fellow labourers in song. Listen to Newfoundland’s McCann, and his new acoustic fable of the same name, and find yourself as both lost in the woods or at sea with an album chock full of anecdotes, and spirited arrangements.

A musician by birth, a professional songwriter since the 80s, McCann has become a tour de force in Canada’s rich musical landscape and history — not only as a solo artist, but also as a former bandmate of world-renowned and beloved folk rock band Great Big Sea, a group he co-founded and performed with until his exit in 2013.

Over his incredible career, McCann has dropped five successful solo albums, each touching on subjects ranging from life in his home-country to tackling cultural moments like the infamous Fort McMurray, Alberta, wildfires (2016) in which he partnered with the Canadian Red Cross. In conjunction with his philanthropy work, McCann also went on to organize a songwriters benefit in 2017 in support of veterans suffering with PTSD and addiction, enlisting his fellow musician friends, Joel Plaskett, Sarah Harmer and Jeremy Fisher. McCann’s good deeds would not go unnoticed – the musician earned the Order of Canada for his advocacy in 2020.

Coming to terms with the hauntings of his past, which ultimately resulted in a spiralling battle with alcohol addiction, coming clean and owning his truth has been paramount to who he’s become as a husband, a father, a musician, and a human. Armed with the strength and support of his wife, Andrea Aragon, McCann co-penned his first book One Good Reason (April, 2020). “It’s the story of how love saved their marriage, and music saved his life. It is the story of a man freed from the weight of a lie; a man who is changing his narrative and never forgetting... that he is not alone.”

Moving forward through the pandemic has inspired and encouraged McCann to do what he loves best: write music, tell stories, and do it all with the accompaniment of his best friend “Old Brown” — the first guitar he purchased back in 1989.

What isolation encouraged was a record of sea shanties and tales of life on the East Coast — meant to be sung loud, and with others. “I spent the last six months making Shantyman to keep myself from going slowly insane in the absence of any live in-person concert interaction,” McCann says.

Inspired by the necessity of humanity working together to conquer COVID and overcome the pandemic, McCann focused on our dependence upon each other as the foundation for the album. He reached out to his friends Hawksley Workman, Gordie (Big Sugarman) Johnson, Jeremy Fisher and fiddler J.P. Cormier to record themselves remotely to bring his passion project to fruition. “The shanty is the ultimate work song designed specifically to help people overcome difficult challenges by working together in harmony to get the job done,” he says.

Of its lead single, “Shantyman’s Life,” McCann writes the wonderment of the human spirit — a testament to the brotherhood of acting as one. Plunging out of your speakers, “Shantyman’s Life” incorporates the very best of McCann: rock, interspersed with the sounds and Maritime harmonies that incorporate Gaelic instruments blended with electric guitar riffs, exquisite harmonies and pulsating percussion that dares you to dance a proper sea jig on the dance floor. Mash McCann’s masterful song writing with his distinguished vox, layered in lush harmonies, and you’ve churned yourself an authentic sea shanty.

“Music is medicine, and I believe it is no accident the shanty has resurfaced now when we so desperately need songs that bind us,” Séan McCann remarks.

You’ll whole-heartedly agree. When it’s time to swallow the desperate pill of today’s reality, Shantyman works as the antidote, ready to sing us all back to health.

“Shantyman’s Life” is available now via YouTube, and Shantyman is available for purchase exclusively through seanmccansings.com.