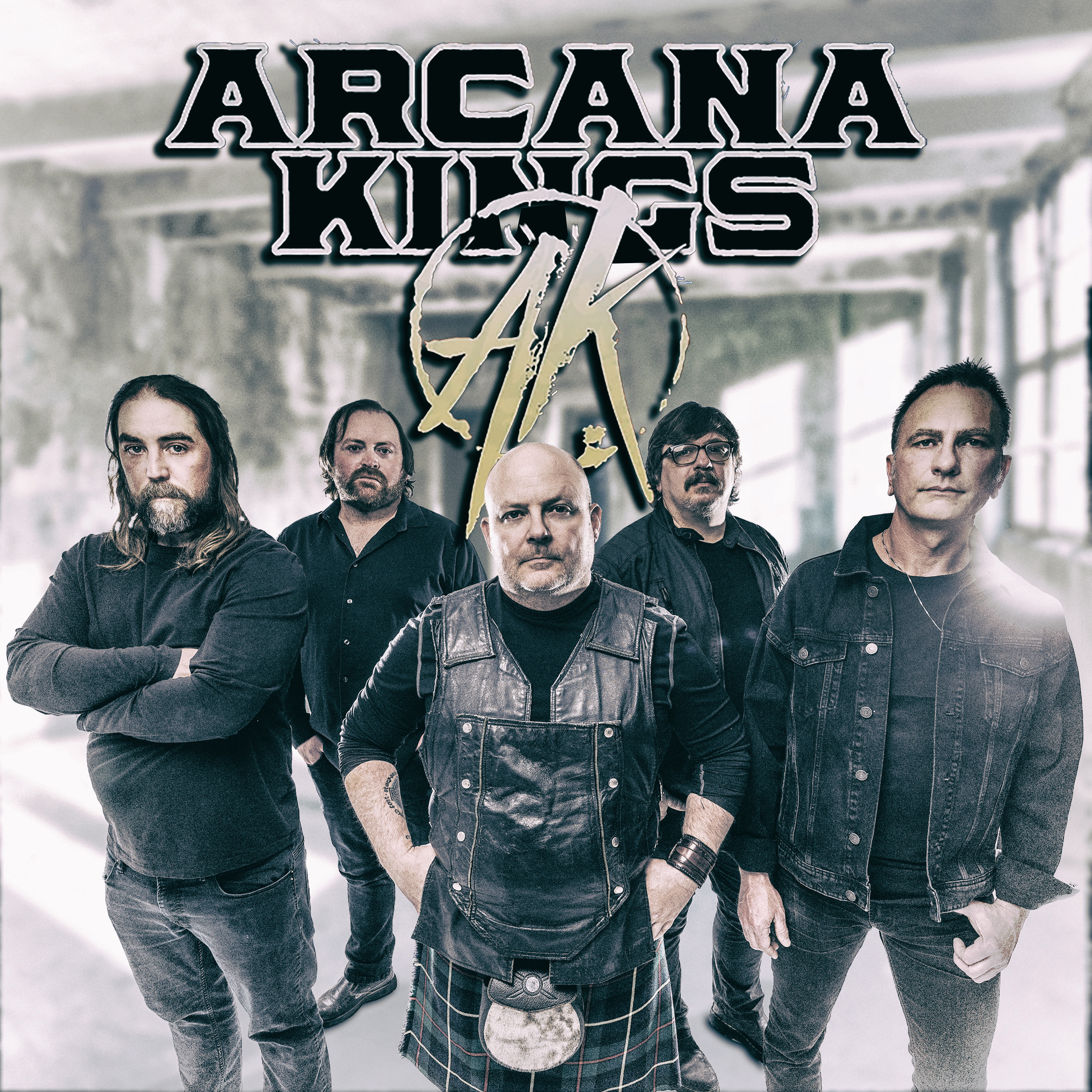 “Here We Go” is the lead single from the Nelson, BC, Regina, SK, Saskatoon, SK-based quintet’s brand new album Lions as Ravens, released this June on Brandy Records Canada/MC1 Nashville. It energetically showcases a band fired up and ready to play hard as we begin to emerge from our long, lonely pandemic winter and Canada opens up, smiles wide and gets ready to rock again.

Prior to its official release, “Here We Go” has already become a universal sports anthem with CFL, NHL and pro basketball teams across North America. The Saskatchewan Roughriders have adopted it as their rev up, team run-out song during home games and the Winnipeg Jets and the Saskatoon Rush also use it to pump up their crowds. Arcana Kings were also honoured to perform “Here We Go” live at halftime during the CFL’s western semi-final playoff game at Mosaic Stadium in Regina, Saskatchewan. Kicking off with the double rallying cry of “Here we go! Here we go!”, the chorus is guaranteed to have entire arenas ready to shout it out and ride along whether they’re in the house for the big concert or the big game.

After performing across Canada and internationally in the U.S., Japan, Taiwan and Sweden, the rush of putting it all out there on stage — or on the playing field, if you will — is what inspired Arcana Kings’ lead vocalist, rhythm guitarist and bagpiper Johnny McCuaig, to write “Here We Go.”

“I wanted to capture the feeling of those nights when we were getting ready to hit the stage and getting ourselves pumped up for the ‘Big Show’ or the ‘Big Night Out,’” McCuaig explains. “Every time I hear it, it still gets me pumped up and I get a little excited.”

The music video for “Here We Go” also has that “big show” vibe as it debuted at Regina’s IMAX Theatre and showcased at Saskatchewan’s renowned Yorkton Film Festival. Thematically, the band wanted the video to capture the intensity of competitive sports like football, hockey or basketball but knew that budget limitations wouldn’t let them draw those connections visually. However, happenstance enabled the band to capture the idea in a more unique but no less intensely competitive way.

“It just so happened that there was an advertisement in the local paper for a women’s roller derby bout,” recalls McCuaig. “We brought the idea to our director Dave Benedict (from the band Default) and within a day we had the concept, the contacts and the direction. It all just came together like it was meant to be.”

This has been a season of change and growth for the Arcana Kings, whose name means “secrets” or “mysteries.” Previously known as the Johnny McCuaig Band, they recently changed their name to make it easier to pronounce and to reflect a redefining of their sound, which still contains its secret weapon — the bagpipes. Blending seamlessly like a long-lost Celtic cousin to the electric guitar, AK uses the bagpipes as an intriguing extension of their high energy sound, rather than a focal point.

“Just imagine the Foo Fighters, AC/DC and The Steve Miller Band all mixed with a touch of Métis spirit and Scottish heritage,” explains McCuaig, who is Métis.