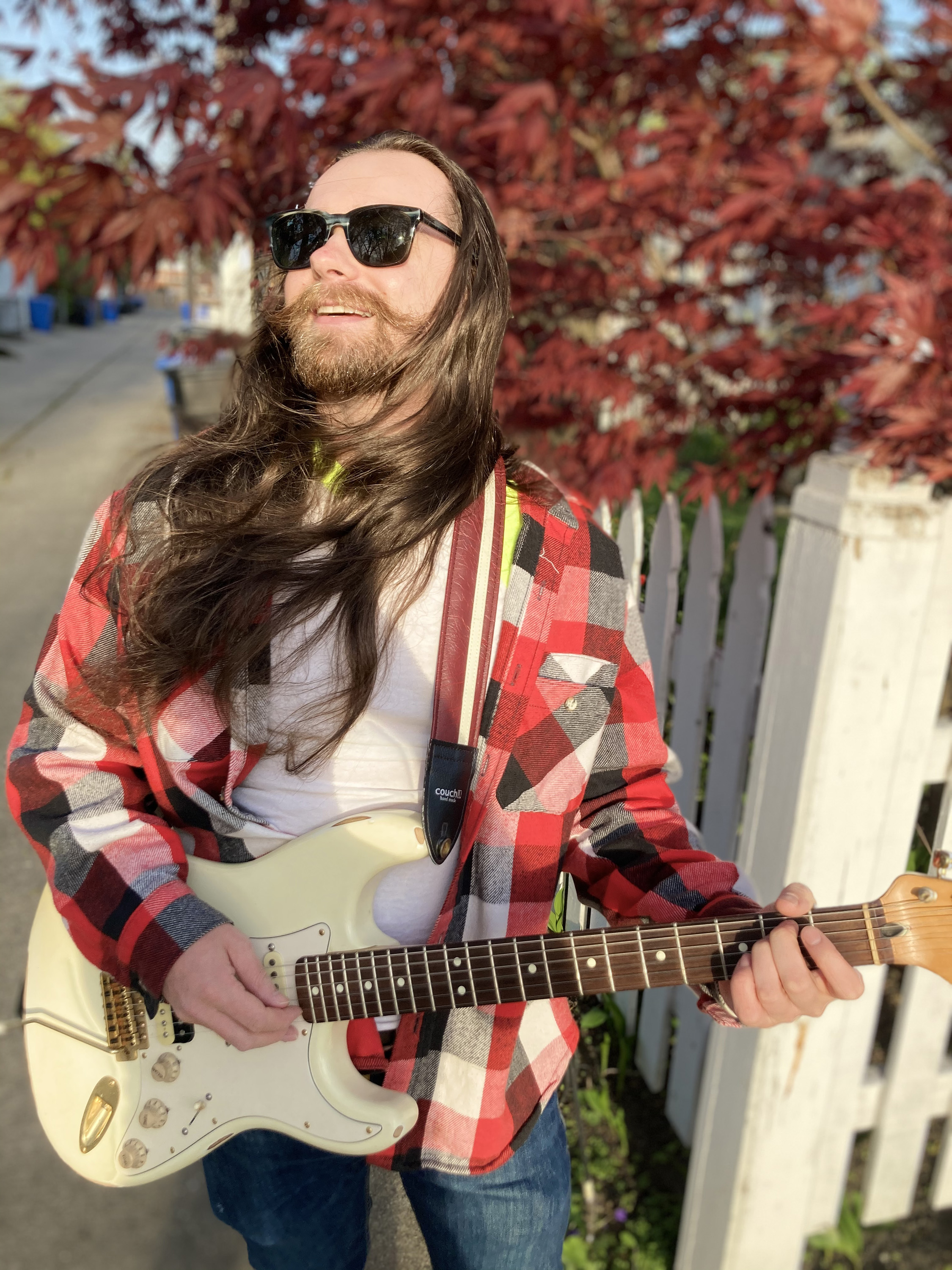 While life was put on pandemic pause for most of us during the past 15 months, Chicago-based indie rock artist Sharkorama kicked quarantine into creative high gear, building a new album from the first note up from down in his basement; Wicked Machine.

Check out the title track “Wicked Machine” on YouTube here:

Sharkorama is the solo vehicle of singer-songwriter and multi-instrumentalist Cody Knauer, who says he “crafts earnest rock ‘n’ roll for slackers.”

Slackers take heed though... Knauer’s productivity is far more earnest than slack: Wicked Machine was built completely during a string of all-nighters Knauer pulled over the week between Christmas and New Year’s Eve in 2020.

“I wrote, performed, and produced Wicked Machine entirely in my unfinished Chicago basement,” Knauer explains. “I think the setting gives the album a raw, earnest quality to the tracks, and the tight window lends a sense of urgency.”

From sweet, sensitive acoustic folk-pop to full-on garage rock gusto, Sharkorama covers wide ranging yet cohesive territory in this 12-track offering and, yes, there is plenty of wry humour amongst Knauer’s hyperliterate lyrics.

‘Cause I want to be miserable and I want everyone to be jealous
And I don’t want to seem overzealous but I am champing at the bit,
wondering how those worms hold on to their fish’

“In this project, I sing songs about frivolities such as unrequited teenage love, first cars, and broken household appliances,” Knauer notes. “But I also use it to dabble in honest introspection and themes of religious disillusionment, aging, and alcoholism.

“It’s a joyous, shapeshifting indie/slacker/lo-fi/anything-goes-rock record with a lyrical focus that, even when the subject is serious, is committed to not taking itself too seriously.”

Song inspiration is everywhere for this observant artist. In the album’s nostalgic title track, Knauer sings about his first car, which happened to be a gigantic conversion van, set to a driving, ‘90s era post punk soundtrack. In the funky “The Dishwasher Sounds Like Bob Seger”, he finds music in the sounds of kitchen appliances. “Some Days I Feel Like Pete Best” gives a lo-fi treatment to feeling inadequate and comparing yourself to others. “All My Favorite Bands” is an upbeat indie-pop track Knauer wrote about “meeting the drummer from one of my favorite (disbanded) bands while he was working a retail job in suburban Chicago.”

“These tracks are all about looking backward while living in the moment, embracing your flaws and regrets, and hoping that growing older means growing wiser,” explains Knauer. “I have a strong DIY aesthetic, and the scars of this approach are undeniably apparent but, hey, that's life.”

The inspiration Knauer gains from living in Chicago is also undeniably apparent in his music. “This is a 'city of neighborhoods,' each with its own character and flaws, but still undeniably Chicago,” he says. “I like to compile projects with that mindset; each track has its own voice and perspective but with a distinctive sound and spirit that makes it all fit together.”

That unifying spirit of invention is alive and well, and spent seven days at the end of 2020 living with Cody Knauer/Sharkorama in his unfinished basement.