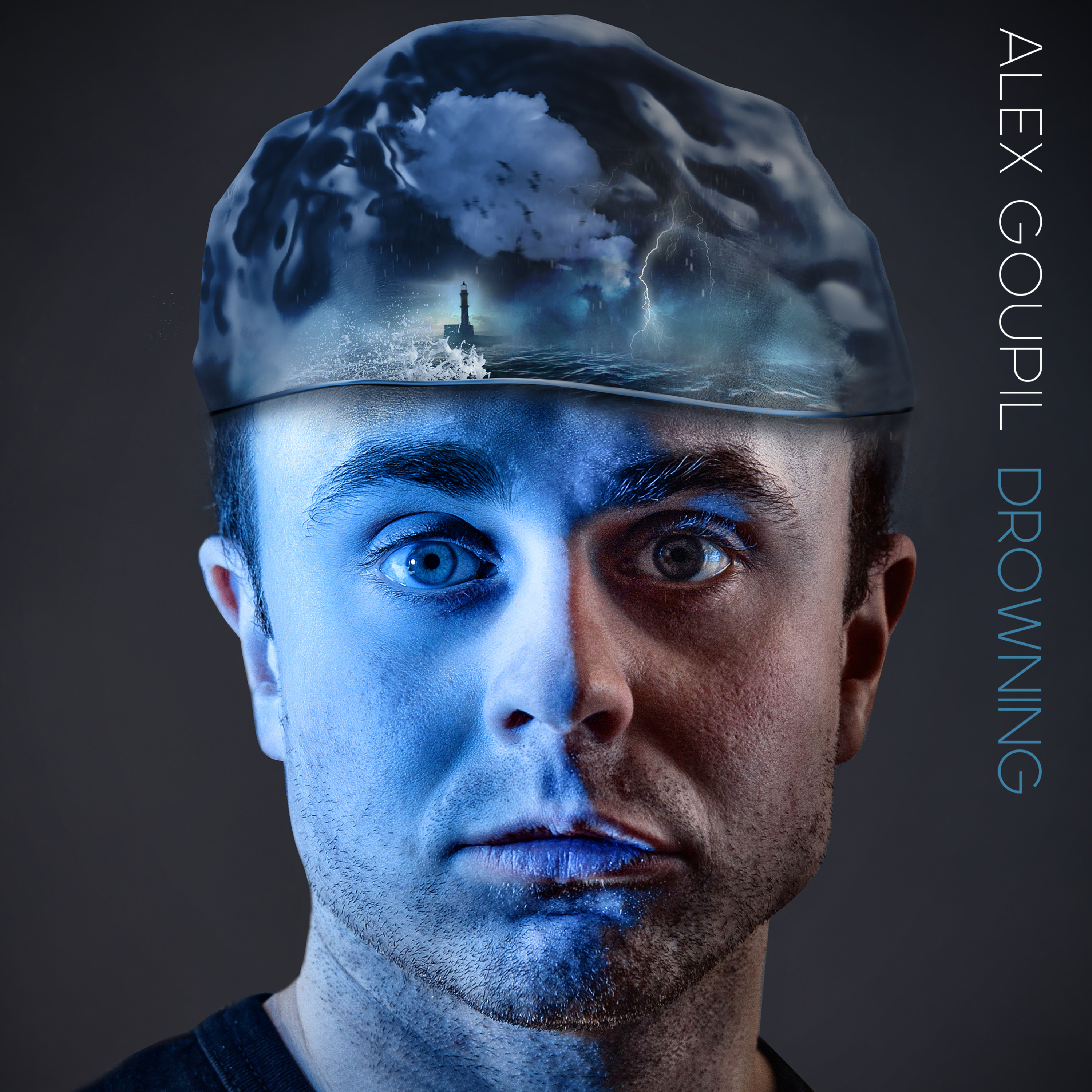 Possibly his most ambitious offering to date, the undeniable love song stands out with its unique sonic and lyrical contrast. Though the Ottawa-born musician is singing his heart out about a lost love, the brazenly happy-go-lucky instrumentals suggest otherwise; as If there’s a light at the end of the tunnel — which is exactly what Goupil was going for.

Give “Drowning” a few listens and you’re bound to discover a sound or hook that you didn’t in the previous listen. The melody, however, is likely the first thing you’re going to notice, other than Goupil’s extraordinary vocal capabilities. The cheerful nature of this song is just downright infectious, and could easily have a crowd of people singing together arm in arm, with wide-eyed grins on their faces.

A prolific and conscientious writer, Goupil is constantly working on his craft at his home studio where he tries to “mix everything that’s good but, on the face of it, doesn’t go together — until you find (the) chord or that beat to make it all click.”

While he was born and raised in Canada’s capital city, he moved to England a year prior to the ongoing COVID-19 pandemic to further pursue his music career. He spent two full years living in London, playing a myriad of shows and new music to audiences completely new to him. It wasn’t until recently — after releasing his first four singles — that he returned home to the Great White North.

Fittingly enough, the three-minute serenade was inspired by his move across the pond.

So why is it a bittersweet love song, some might ask? Well, “Drowning” came from an intense feeling of inner-conflict which shrouded Goupil in a wave of confusion. A classic “should I stay or should I go” situation, if you will. The young, aspiring musician had caught feelings for a special someone right before his departure and, while he was ecstatic to pursue his dream of taking on a brand-new city on his own, he couldn’t seem to get his Juliet (per se) out of his mind. He says it was “driving (him) crazy.”

Lyrics like “I want you to want me to stay” make it evident that the love-stung artist was writing about a certain someone, however, he revealed that it now means something different to him. “I (can’t) help but think of London every time I (sing) that line,” he says.

Goupil admitted his romantic desires initially made leaving Ottawa “so much harder,” but at the end of the day, “it was the best thing (he) could have done…

“I got some good song inspirations out of it,” he added, looking at the positives of it all.

Growing up, Goupil used his parents’ garage as a space to write and record music on GarageBand with his classmates. Though they were able to catch the attention of locals with their early demos, their temporary band slowly disbanded as they each parted ways to begin respective post-secondary school educations. Goupil, on the other hand, worked seemingly-endless weeks to save money to fund his move to England, before inevitably doing so in 2018.