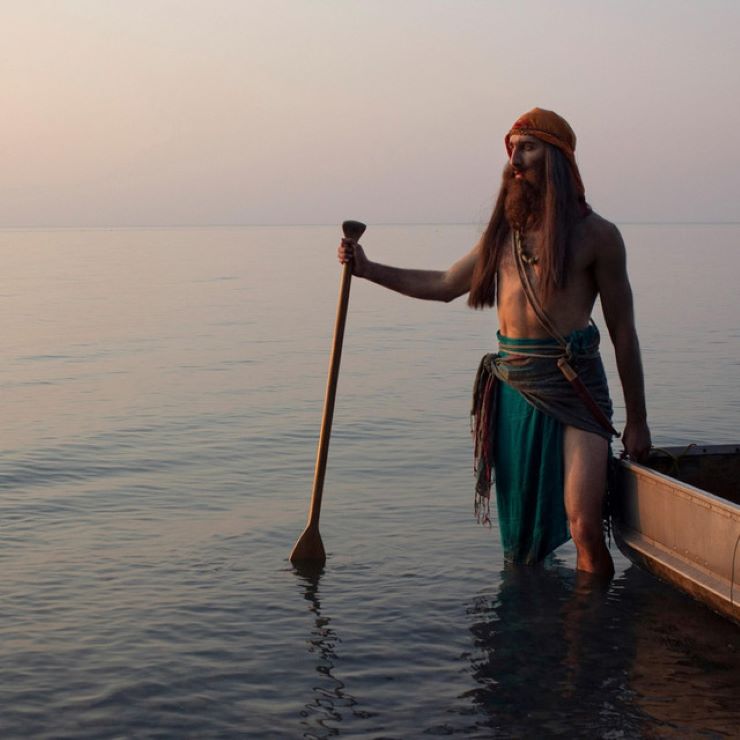 Sometimes it takes some Borrowed Thoughts to remind us all you must wind down, surrender to your feelings, and take in the moment instead of life expediting past you. For singer/songwriter, screenwriter, martial artist, and bath enthusiast, Michael Masurkevitch (Borrowed Thoughts), pressing pause is imperative. And it was when he gave into this utter oneness with the world that he developed the loving mantra that now beats like a drum in this, his latest single, “Decompress”.

Give a watch and listen to “Decompress” on YouTube here:

Produced by Julian Cassia, “the song was conceived when I was meditating in an urban woodlot off the Don Valley Parkway in Toronto,” BT explains — sharing that he began to cry with the release of processing his feelings. “I began singing to myself through my tears.”

For BT, the song revealed itself like a gift from the Universe. “I found a talented producer to help me turn it into a gift that can be shared,” he shares. “The result is a cathartic baroque-pop ode to taking time for mental health, with a roguish lilt and notes of my Romani heritage.”

Clocking in at just over four minutes, “Decompress” works as a chant as it does a subtle reminder to simply “be.” The song plucks its way through tightly woven melodies, charming accordion, and mesmerizing harmonies. What Borrowed Thoughts has been able to produce is a track that finds its niche in folk pop while daring you to slip it on while you’re looking for the right alternative rock song to explain exactly what’s going on inside your head.

“The song has been described by listeners as ‘a quarantine anthem’,” BT remarks. Other commentators have suggested “Decompress” is a “really sweet reminder to take time to love myself,” and it’s been described as "fun and whimsical, but then with this real sincerity and melancholy underneath."

Having allowed the geyser of creative juice to flow through him from the inception of “Decompress,” Borrowed Thought’s debut lands as a charming ode to self-awareness and enlightenment.

And whether you opt to stream “Decompress” with a tumbler of bourbon or toss it back with a kombucha tea — either way, you’ve made the right pairing. That’s exactly what Borrowed Thoughts seemingly manages to accomplish with his breakthrough debut: a song built for yoga while offering you a chance to lose yourself on a swirling bar room dance floor. The interpolations of questioning and answering, hoping and losing, giving and finally taking a chance to leave it all behind is where the song finds its strength.

The song asks you to stop thinking but rather lean into what you’re feeling. And there are no wrong answers to the questions. Toss a rug on the floor. Light a candle. Inhale. Exhale. “Decompress.”