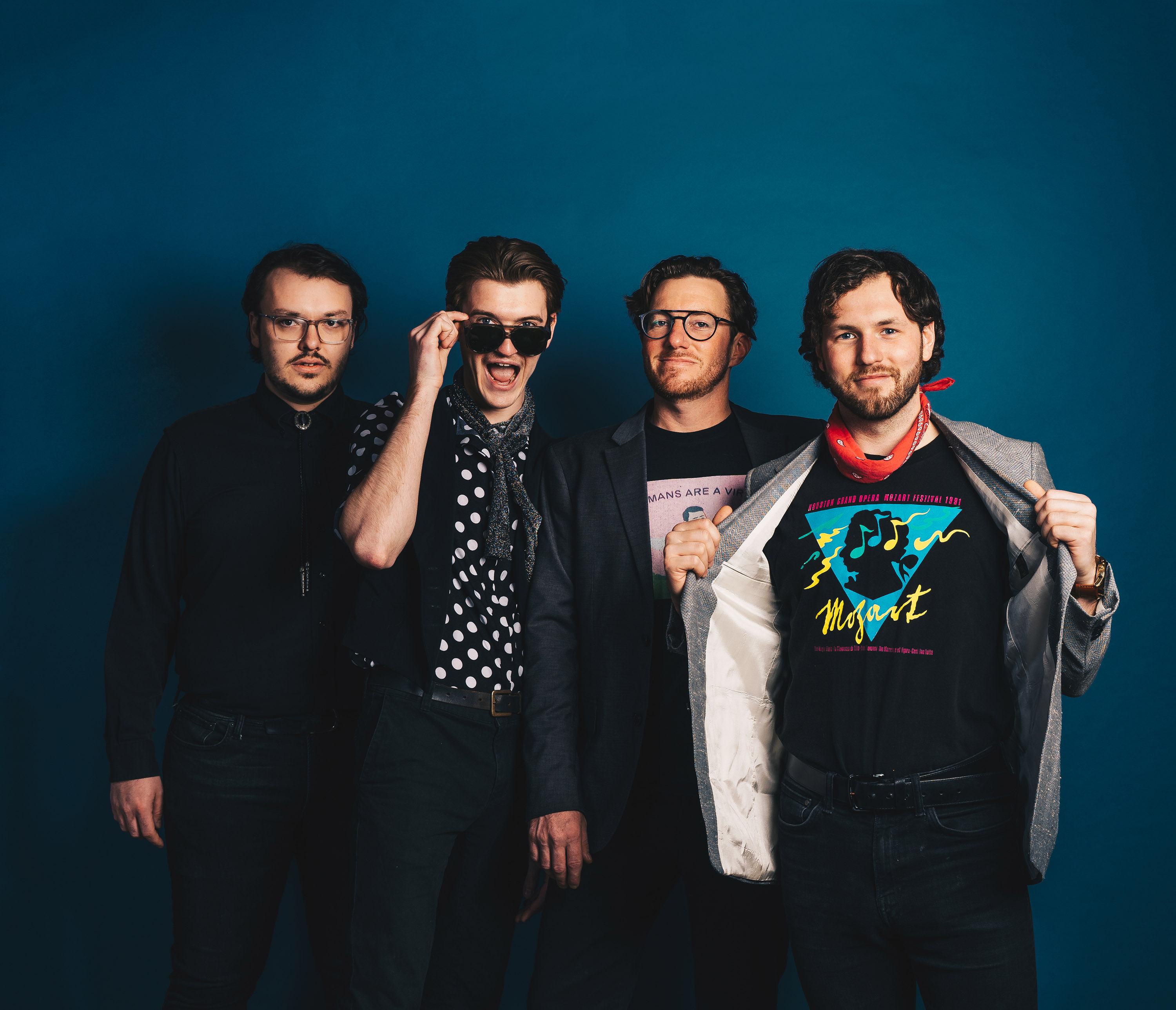 It’s more than just the “Same Ol’ Thing” for rollicking Canadian rockers Arsenal Mills and their dynamo of a breakthrough EP, Lovesick & Broke — check it out here on YouTube:

The East Coast four-piece features Brad Milligan (lead vocals, guitar), Griffen Arsenault (lead guitar), Josh Macneil (drums, percussion), and André U (bass, keys/synth). They may hail from the smallest province in Canada, Prince Edward Island, but the release of their six-song album has seen their career exploding in a big, big way.

Coming together in 2020 to reinvent what they knew as modern rock, the group quickly brought their versatile and eclectic inspirations of music to the table and, together, Arsenal Mills was formed. “The great thing about the four of us is that we’re influenced by so many different artists, as well as styles of music,” Milligan shares. “It was important for us to parlay that into the album, and that’s why you hear hints of 80’s new wave, pop, and blues in our ‘rock’ sound.”

With Milligan at the helm, (having experience opening for Canadian legend Kim Mitchell, and the country’s newest rock export, Glorious Sons), the band easily shape-shifted into what would become their own signature look and sound.

And in the short time since they formed, the band has already dominated the rock scene in their home province — and earned accolades and airplay around the world. “I’m proud of the steps we’ve taken as a band, both musically and on a personal level,” Arsenault says. “We’re all hungry, and we all want to do this for a living. I think we’re continually getting closer to achieving that. I love every song off this album”

2020 saw the group drop “Lovesick & Broke,” the title track off their debut EP, and followed it up with “The Bleeding Heart” later that year. Now, they’re celebrating the album’s single, “Same Ol’ Thing”; much like its predecessors, it also comes with a lyric video for fans to follow.

For its part on the EP, the entirety of “Same Ol’ Thing” borrows you to listen, and doesn’t let go until the final note; a catch-fire rock classic-in-the-making. Featuring rushing percussion, catchy riffs and then… Is that? Yes, yes it is a saxophone solo —  performed by special guest artist Marlee Saulnier — the upbeat banger also includes a rock guitar solo, daring you not to get the melody stuck inside your brain as you continue to repeat the chorus long after the track wraps. “Expect big things from us over the next year. We have some cool surprises up our sleeves,” promises André U.