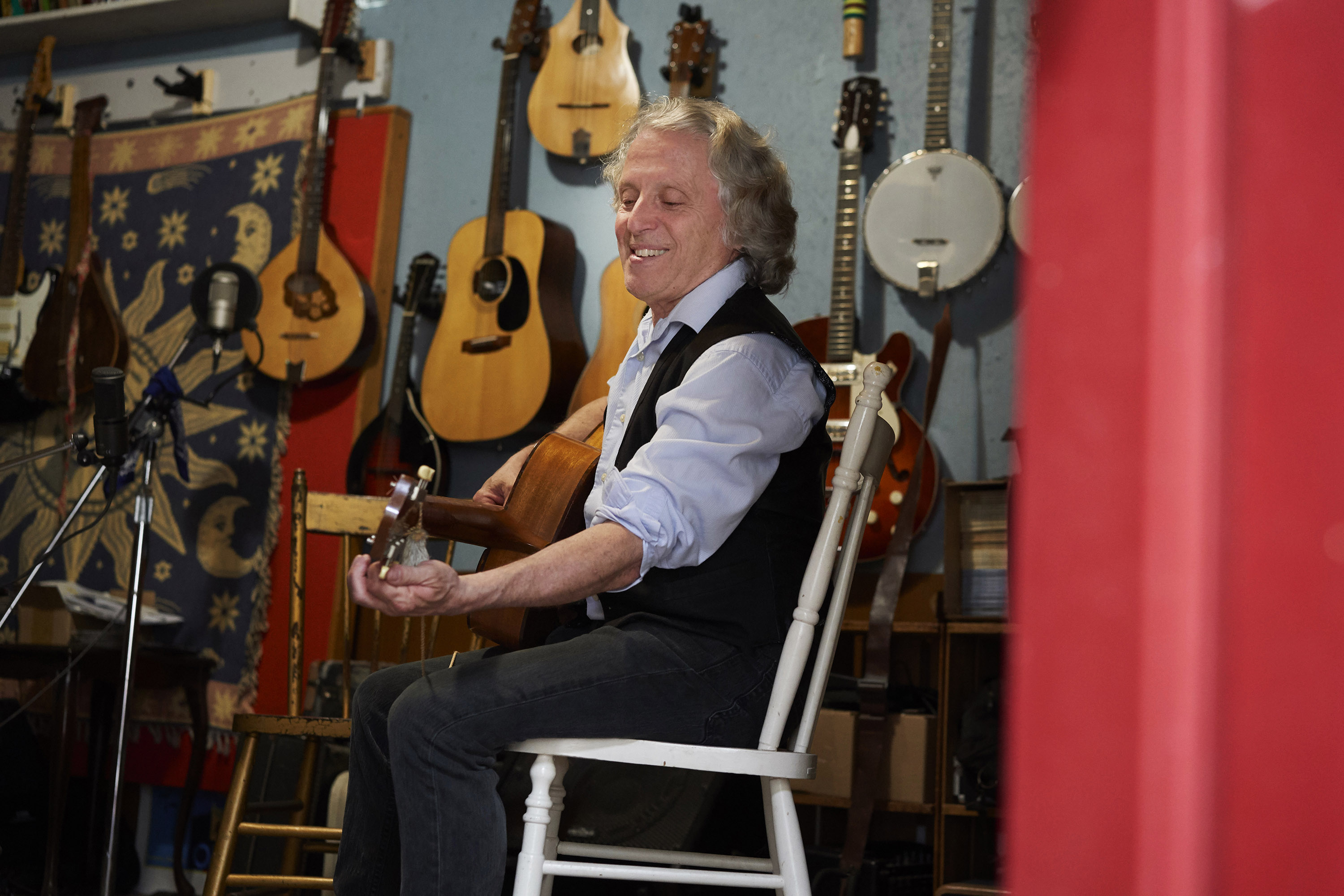 Most of us know what living on the “wrong side of the tracks” means, but how many of us realize the role social injustice often plays in who lives there? Prolific Guelph, ON-based folk singer-songwriter James Gordon examines this, taking a deeper look into humanity’s widening chasms, pulling no punches in the process, in this, his new single, “The Great Divide”.

“There’s a railroad track near my house that divides the ‘haves’ and ‘have nots’,” he notes. “It’s the same in many towns.

“It got me thinking about all the different ‘divisions’ we’ve created in our society,” he continues. “Economic, racial, class, etc... The song ‘The Great Divide’ came from this observation.”

Like a freight train blowing its attention grabbing horn, “The Great Divide” chugs along, calling out social injustices that keep surfacing in our boiling melting pot. The wail of the mouth harp in the song’s intro and extro echoes the growing chorus of discord we’re hearing more often for various reasons around the globe.

In the key folk music tradition of turning a mirror on ourselves and our human condition, Gordon reflects an image that is uncomfortably true and impossible to turn away from.

“The Great Divide” is the second single and lead track from Gordon’s 40th (yes, 40th) album, When I Stayed Home — a self-produced, pandemic-born project released in July 2021. Although Gordon admits he’s “lost track” and there could actually be more than 40 albums under his belt now; over his enduring forty-year career, Gordon has released music both as a longtime, successful solo artist, and as a founding member of the groundbreaking Canadian folk group, Tamarack.

“I can’t seem to stop writing songs,” Gordon shares. “Mostly, they write themselves — I just hold up a net, and catch them as they flutter past.”

Written and recorded at home during the extended periods of pandemic imposed isolation that we’ve all experienced since early 2020, the album is just one of a number of projects Gordon dove into during lockdown. A legendary ‘gig pig’ who has toured relentlessly around the world since he was 20 years old, Gordon, like many musicians, found it difficult at first to adjust to staying home but then, he got busy, really busy.

From his tiny home studio, Gordon finished a novel that is accompanied by a 36-song recording; he did a virtual tour of his one-man show “James Gordon’s Emergency Climate Musical”; he kicked cancer’s butt, dealt with the overwhelm of his side hustle as a Guelph city councillor during Covid, and perhaps most significantly, wrote and recorded his 40th album. He may have been staying home but he was anything but standing still.

During a time when all of humanity has been threatened by a microscopic foe, Gordon had a lot of personal time to focus on songwriting and sharpen his recording skills to bring those new songs to life. The new songs are as current and they are socially conscious, with the album’s first single “We’ll Bring You Home” written in response to the shocking news that unfolded around Canada’s Indigenous residential schools this year.

In addition to “The Great Divide,” and its commentary on the income gap and racism, the songs on When I Stayed Home examine climate change, empathy, social justice, our natural environment and ‘love in a challenging time.’

“These are songs that demanded to be written,” says Gordon. “And I’m excited about sharing them with the opening-up world.”