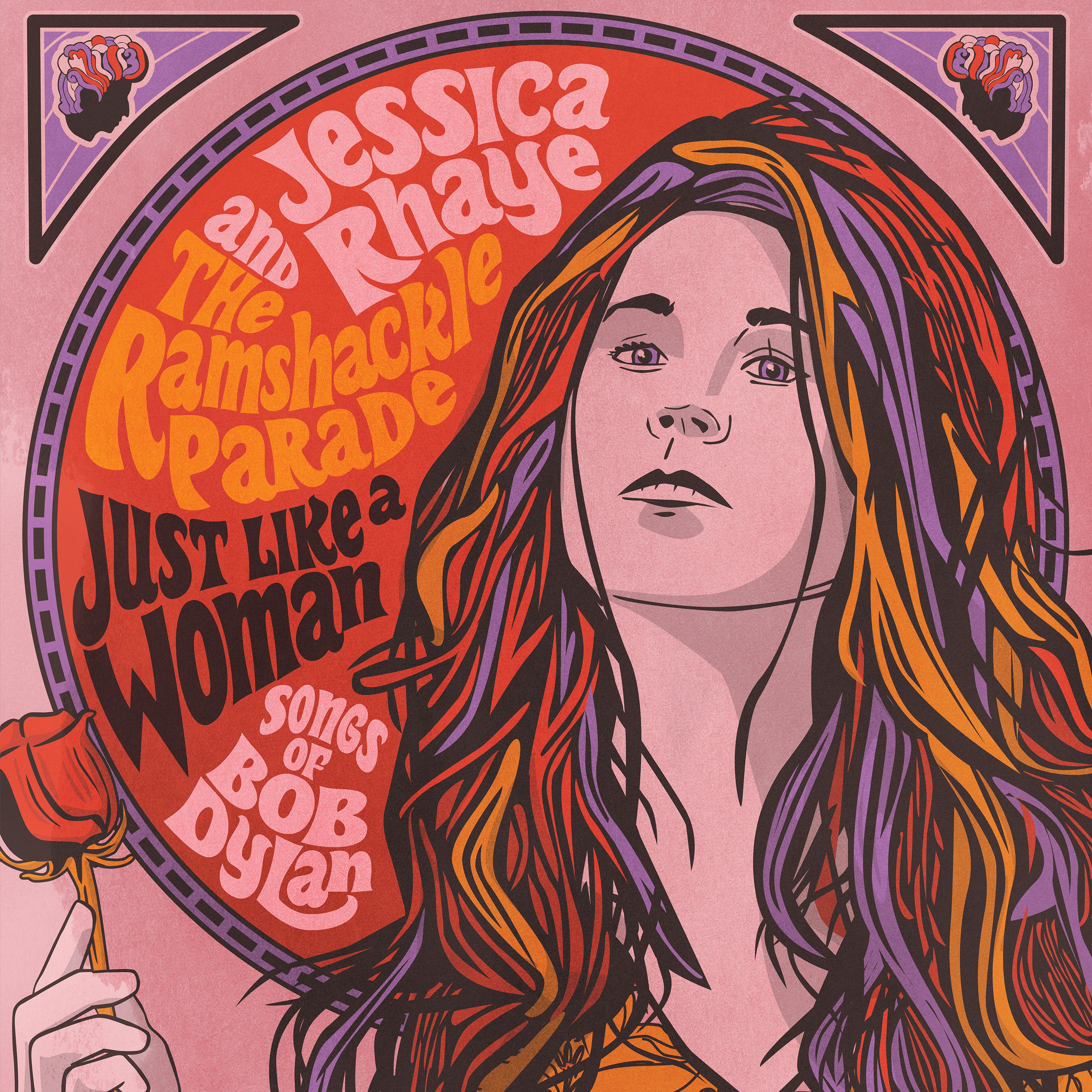 Award-winning Canadian singer/songwriter Jessica Rhaye and The Ramshackle Parade release today “Sad Eyed Lady of the Lowlands” — the second single off their forthcoming release, Just Like A Woman - Songs of Bob Dylan.

“I first heard ‘Sad Eyed Lady of the Lowlands’ covered by Joan Baez from her 1968 album, Any Day Now,” Rhaye recalls. “I was just a kid and my dad would play it in the old family station wagon.

“In fact, I didn’t even realize it was Dylan’s song, I just associated it as being Joan Baez’s.

“When The Ramshackle Parade and I started to collaborate for this record, I knew I wanted to do a version of this track,” she continues. “Joan Baez’s version is more than 11 minutes long and Dylan’s is similar — it actually takes up an entire vinyl side of his Blonde on Blonde album and is five verses long. We knew we needed to trim it back so our version is two verses of the original.”

They first dabbled with a folkier arrangement but landed on something decidedly more pop in feel. “The first sounded too close to Baez’s, so we took a different approach, breathing new air and a unique feel on a song that Dylan has been quoted as saying it was the best song he ever wrote.”

Dale Murray was the producer at the helm, and it was a free flow. All band members brought ideas to the floor and imagined working in the style of Dylan in Woodstock, the days of the Basement Tapes and Big Pink, in the wake of the motorcycle crash.

“Dylan always approached production with a minimalist hand,” Rhaye continues. “The real people, the noises of the shirt buttons, chairs scraping the floor — mistakes being made — these were allowed to stay in the final tracks rather than cut out on the editing floor. These features always made his work accessible. You could always tell three were real people somewhere in a room playing these tunes together.

“That’s what we hope listeners take away from this record.”

Just Like A Woman - Songs of Bob Dylan is Rhaye’s sixth full-length release, her second foray into production with Dale and the first with the backing of The Ramshackle Parade. “The music from this band flows naturally but is also derelict, delicate, and pure,” says Rhaye of the ensemble that includes a bevy of award-winning and highly accomplished artists in their own right: Chris Braydon, Sandy MacKay, Clinton Charlton, Bill Preeper, and Dale Murray. The band name is “borrowed and bent from a tune on Joe Strummer and the Mescaleros’ Streetcore album.

Just Like A Woman - Songs of Bob Dylan Track Listing:

Ring Them Bells
Sad Eyed Lady of the Lowlands
As I Went Out One Morning
I Dreamed I Saw St. Augustine
It’s All Over Now Baby Blue
One More Cup of Coffee
I’ll Be Your Baby Tonight
Blowin’ In The Wind
Lay Down Your Weary Tune