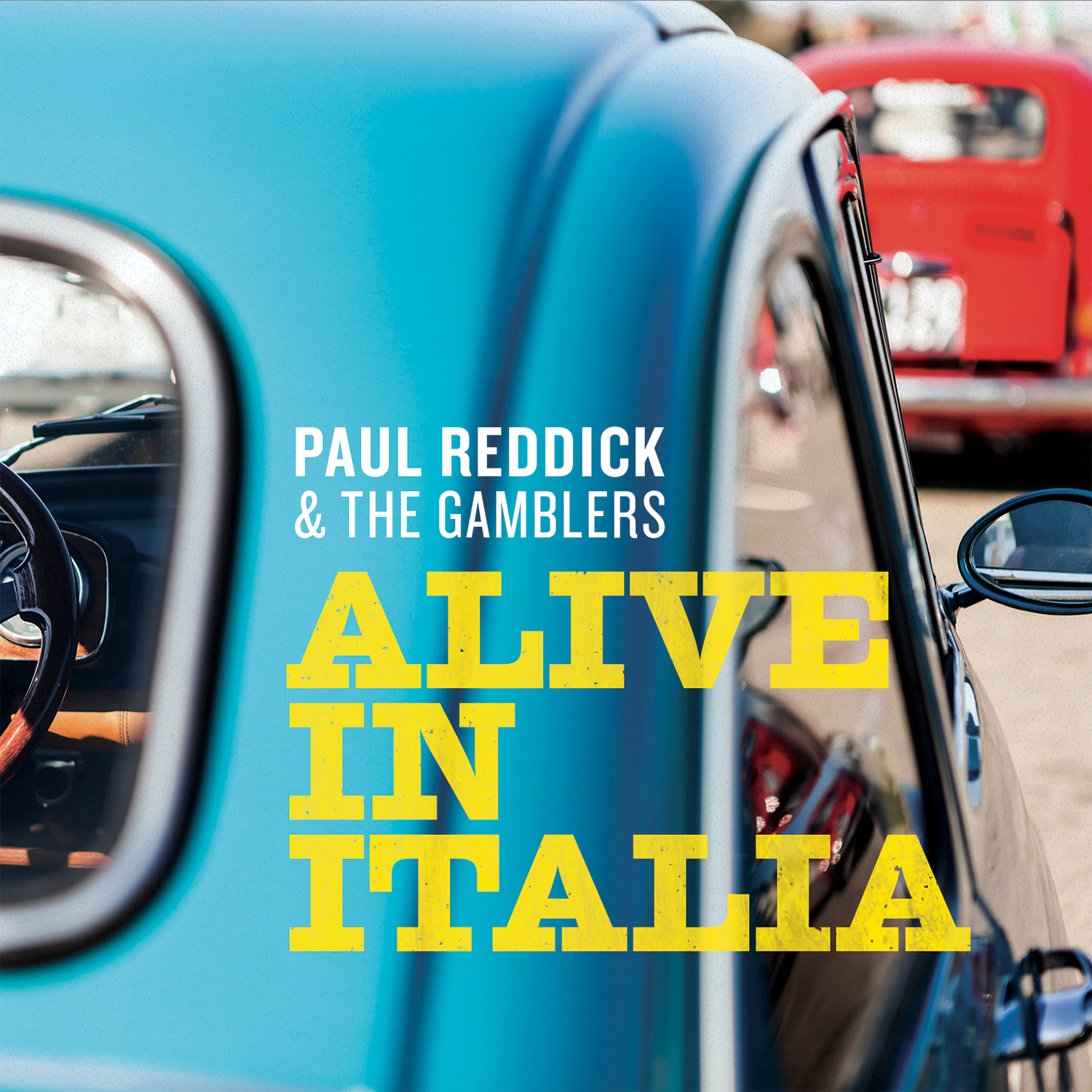 “This record is somewhat of a love letter to Italy and our friends there,” Reddick muses. “If I had one wish come true today, I would be sitting on a patio on the narrow, cobbled streets of Italy’s Sestri Levante…. I’d be kept cool by a sea breeze, and be drinking a glass of red wine.I would be celebrating in the fine company of my Italian and Canadian musician friends, and savouring the endless beauty of that place and that moment. We would talk about the shows we have played together, and we’d remember and drink ‘to’ one evening in particular: the one in a wooden beamed theatre among those piacevole foothills of Piemonte…

“The one where we performed as one, come fratelli, as brothers, Alive in Italia.”

Dubbed the ‘Poet Laureate of the Blues,’ his dedication “Blues is a beautiful landscape” led Reddick to create the annual Cobalt Prize for Contemporary Blues Composition in 2014, which encourages the growth and vitality of the genre. In keeping with such, the album’s nuanced performances reflect an intimate approach to his signature lyrical material while the music ushers the listener on an explorative journey through folk, roots and blues.

Alive in Italia serves as a reflective retrospective of Reddick’s long-storied, boundary-breaking songwriting across 10 previous albums, and features songs from his last five — including the JUNO Award-winning Ride The One.

Beyond Reddick and his inimitable vocals and harmonica, the live band on the record includes musicians Steve Marriner and Tony D of MonkeyJunk — who Reddick has collaborated with as a writer on both of their JUNO Award-winning albums.

The Canadian crew was joined by Gab D on bass and Andrea Costanzo on drums — plus Fabio Marzaroli on guitar for “The Other Man” — known across the country as “The Gamblers”,  all of whom live in Italy.

“We travelled to them,” Reddick quips of the choice location in northern Italy’s stunning Piemonte region.

“I was on tour in Europe with MonkeyJunk about two years ago, and we decided to extend our visits,” he continues, starting from the beginning of the album’s creation. “A beautiful friendship was born.

“We put together the band that you hear on Alive in Italia and, one year later — November 10th, 2019 — we were back together again to record at Museo Tornielli in Ameno, Novara, Italy.

“This recording is a document of friendship, music, and the endless beauty of Italy. And when it all came together, it inspired this emotional and celebratory concert.”