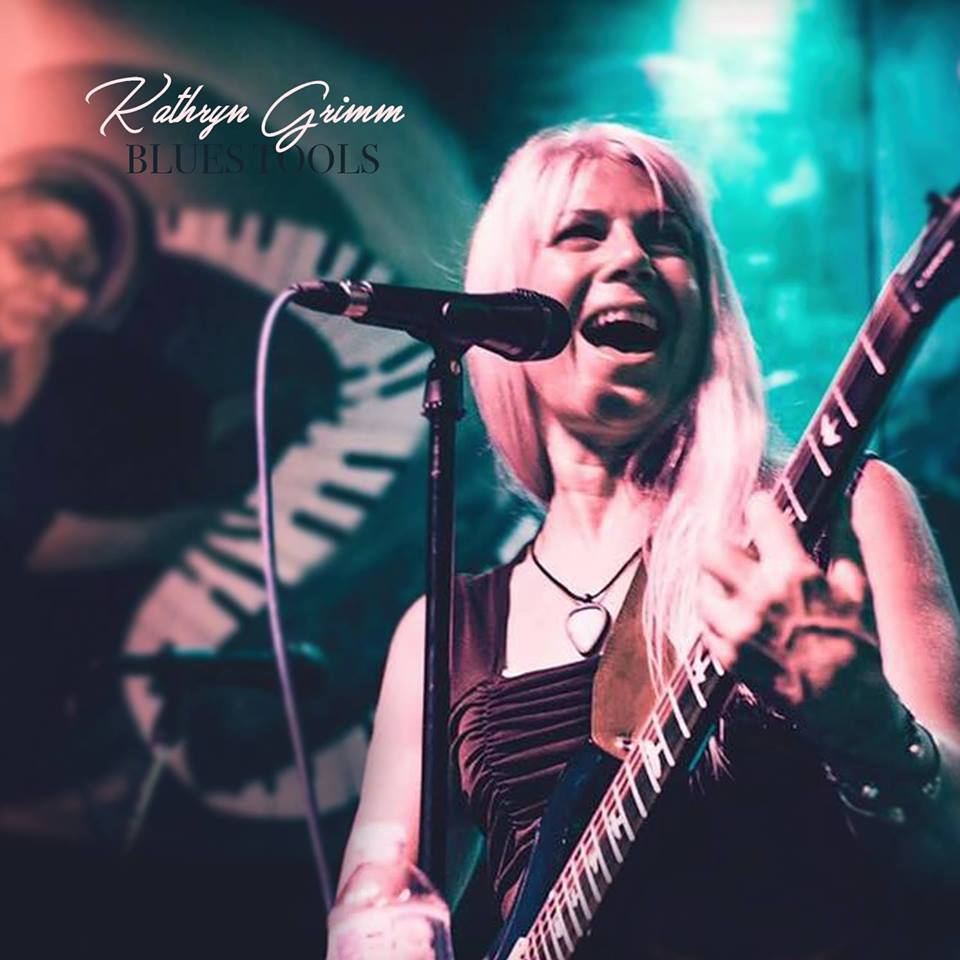 Musician/singer/songwriter Kathryn Grimm’s new CD “BLUES TOOLS” is a twelve-song collection of mostly original material in the Electric Blues/Rock genre. The first song of the CD was born in Los Angeles just over a year ago where Kathryn was gigging as a bassist for another artist. In the spare room of a kind couple’s home who put her up “The Best of Me,” her self-proclaimed anthem for domestic violence, was spontaneously penned. “I’d been wracking my brain for some time trying to find a way to write a song with a subliminal message for victims of abuse. Using simple language my hope was for them to see themselves and be inspired to find help. I truly believe that’s what I've accomplished with this song. What I didn’t realize at the time is that I was writing about my own situation.”

Kathryn’s chronic introspection has resulted in several autobiographical ditties on the CD. “God Is Testing Me” was written minutes after she discovered her van had been stolen in broad daylight with her gear inside. “Talking To The Wind” has an infectious Latin Blues groove and is an ode to “being with someone incapable of listening”. “C’mon Home” is a song about the regrets of mistreating someone, “a stinging reminder of a former immature me”.

There are several lighthearted songs as well that show Kathryn’s humorous side. With “You Make Me So Happy I Can’t Sing The Blues“ Kathryn says “I was pondering the dilemma of a Blues artist too content to continue writing Blues songs”. The sexy “Lovegun” has a smoldering sax solo and is filled with euphemisms (“It was so grand what you planned, the way you shot me with your Lovegun”). The title track “Blues Tools” is a feel-good empowerment song with the fun side of Kathryn’s personality coming out in many ad-libs. “Hot Date With Buzz” is a hysterical tale about a woman’s too-close friendship with her vibrator complete with a stripper-like groove and a stunning slide guitar solo from the late virtuoso Jeff Buckley.

Grimm’s voice is in top form and she shows her versatility singing Blues, Jazz with Quincy Jones’ hit “Miss Celie’s Blues” from The Color Purple, Gospel on the traditional classic “Trouble of this World” and Rock - the vocal on the ballad “Empty Space” is chilling. Kathryn also does not disappoint in the guitar department. Several songs showcase some blazing solo guitar playing.