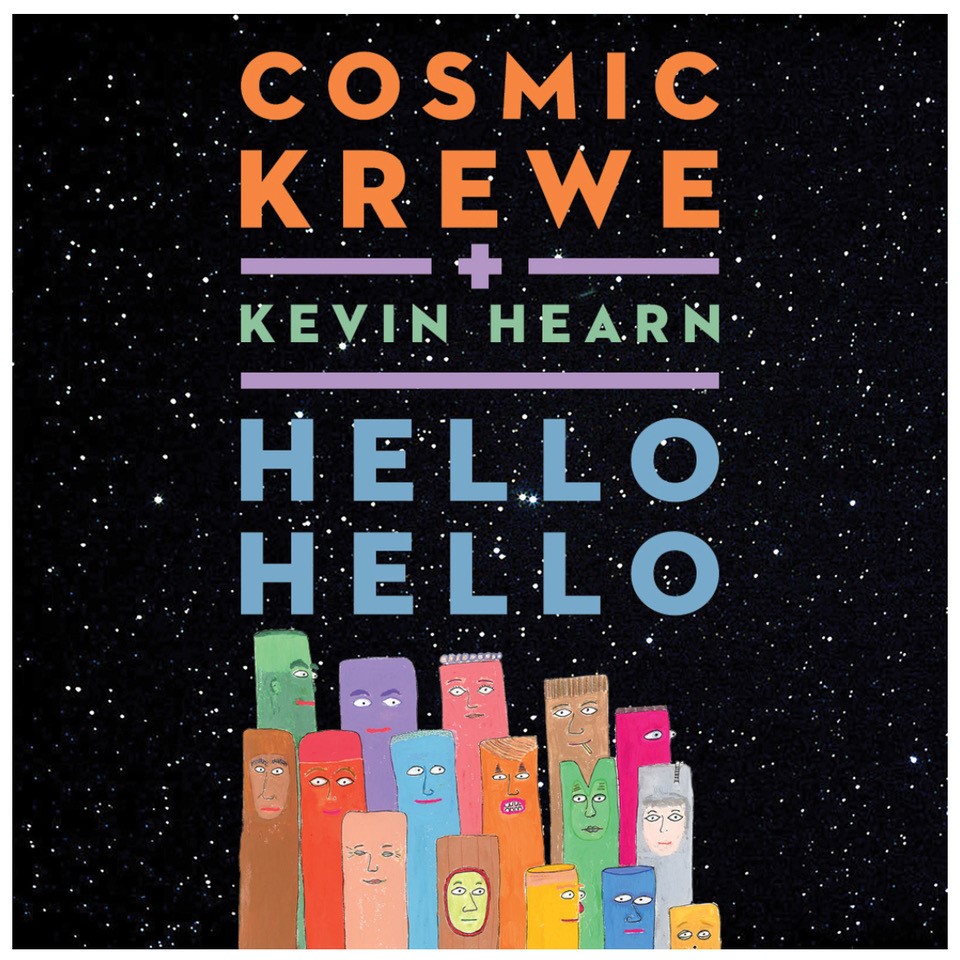 Michael and Laranah (from The Sun Ra Arkestra) and Kevin (from Barenaked Ladies) have released song in honour of world unity week — including greetings in extra-terrestrial tongue.

Watch and listen “Hello Hello (One Planet !!) on YouTube here:

How do you say ‘hello’ in extra-terrestrial? In a sonic pairing where not even the sky is a limit, jazz funk afrofuturists Cosmic Krewe’s ‘Cosmic Couple’ and award-winning multi-instrumentalist Kevin Hearn aim to unite the masses with the release of their new single, “Hello Hello (One Planet)”.

Adding to his lauded list of musical crossovers, the multi-platinum selling and Canadian Music Hall of Fame member of The Barenaked Ladies recently collaborated with the iconic husband-and-wife musical prowess that is singer/songwriter and producer Laranah Phipps-Ray (La Funkalicious), and renowned trumpeter Michael Ray (Sun Ra Arkestra, Kool & The Gang).

“We sure had fun making music again,” Hearn shares of the track. “We decided to say hello in different languages — including some extra-terrestrial ones. I added the melodic chant, and a few layers of piano/keyboards to Michael’s chord sequence and Laranah’s singing.

“In this time when so many are feeling distanced, disconnected, and isolated, it felt fitting to reach out with musical salutations to all,” he adds.

Having first crossed paths in 2012, “Hello Hello (One Planet !!)” is the latest extension of the trio’s collaborations together.

“I met Michael Ray after seeing him perform with the Sun Ra Arkestra,” Hearn recalls. “The event was celebrating the new home of Toronto’s Regent Park School of Music, and it was one of the most inspiring musical performances I have ever seen.

“I fell in love with Michael’s musicality, his voice, his trumpet playing, and his joyful exuberance as he led the hall in singing ‘We Travel the SpaceWays,’' he continues. “We collaborated on a project of mine, The SuperHero Suite, and Michael became a regular guest on The Barenaked Ladies albums. The first time I met his wife, Laranah, who is also jazz royalty, the three of us had an impromptu jam session in the BNL dressing room backstage in Philadelphia.

And in this new instalment of our musical friendship, it was I who was invited to contribute to one of THEIR songs!”

With lyrics spanning the globe and beyond, and lines like ‘Let’s get in tune with each other for what it’s worth,’ “Hello Hello (One Planet !!)” will be specifically released to coincide with World Unity Week (June 19th - 26th).

“Because it just makes sense,” Hearn nods. “Take care, and remember… Space Is The Place!”