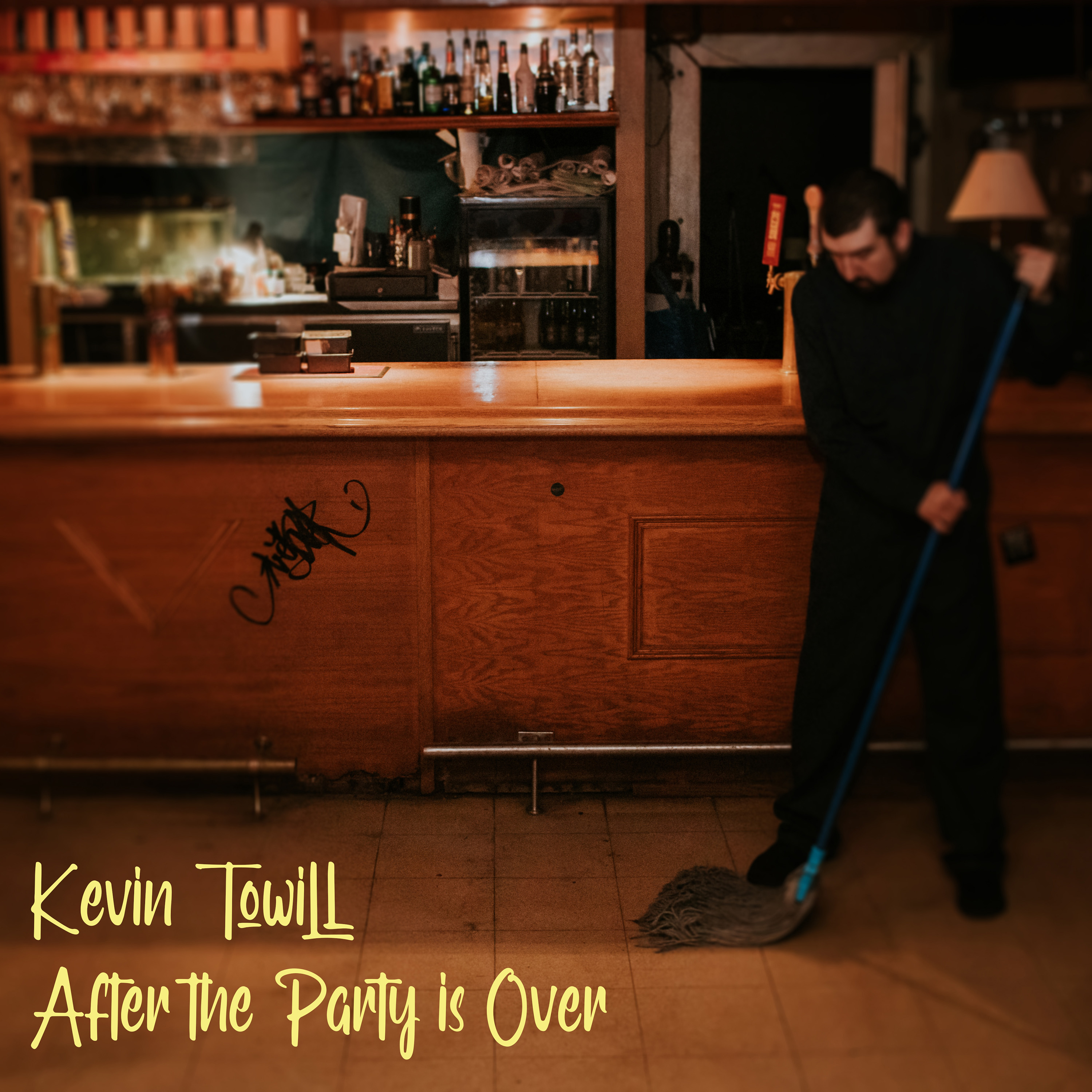 Canadian rocker Kevin Towill may have planted his roots in the punk community, but it's his expressive, electric guitar-laden new EP, After The Party Is Over that showcases the depths of his ability to bend genres and colour outside the lines.

Check out After The Party Is Over on YouTube here:

Kicking off with lead track, "The Contemporary American Dream", the Calgary-based artist's move to write a solo album followed Towill's decision to re-prioritize his '9-5' life, shifting focus from working solely at a gig he picked up when his former punk outfit, The Reckless Heroes, disbanded in 2017 and gravitating back to music.

“Music was far too important and self-identifying to abandon completely,” he explains; knowing that music was a lifeline to the air he breathes, Towill set out to lay the tracks of his breakthrough solo project.

After The Party Is Over maximizes the time it's afforded across five intricate songs — each rooted in electric, and each telling its own unique story. Towill shines in fluidly moving from one song to the next; some requiring vocals, others an instrumental roadmap to an artist’s mind.

Towill’s gritty, bass-heavy vox pleads, concedes, offers, and bargains across the melodies. Pulling back the instrumentation pushes Towill into a raw, sonic-sphere where his voice is forced to carry the track.

On this EP, Towill gives it all — unabashedly. His vox is brought to the spotlight; every word, and every nuance highlighted to expose him under his artistry.

And he makes this leap from punk to introspective flawlessly.

Coercing a variety of song styles, Towill preys on his influences to create an overall journey in ambiance. Some tracks are laced with upbeat, 90s vibes; others are melancholic and deeply introspective.

Percussion – including double kick, pulsating drum lines – creep in on the opening track “The Contemporary American Dream,” featuring ethereal back-up vox that equates the song as both liberating, and haunting in equal measure. Towill concludes the EP with simply “Goodbye,” an instrumental, exclusively electric guitar curtain call that wraps up the pieces of the album with a tidy bow and a nod of thanks for listening.

What Kevin Towill gleans from the album is validation. From years spent hauling the enormous space that occupies the punk scene, After The Party Is Over reiterates what fans of Kevin Towill already knew: that even in an ultraviolet, stripped back and vulnerable soundscape, he shines on with rugged talent.

And he didn’t have to wait until After The Party Was Over to tell it, but we’re glad he did.