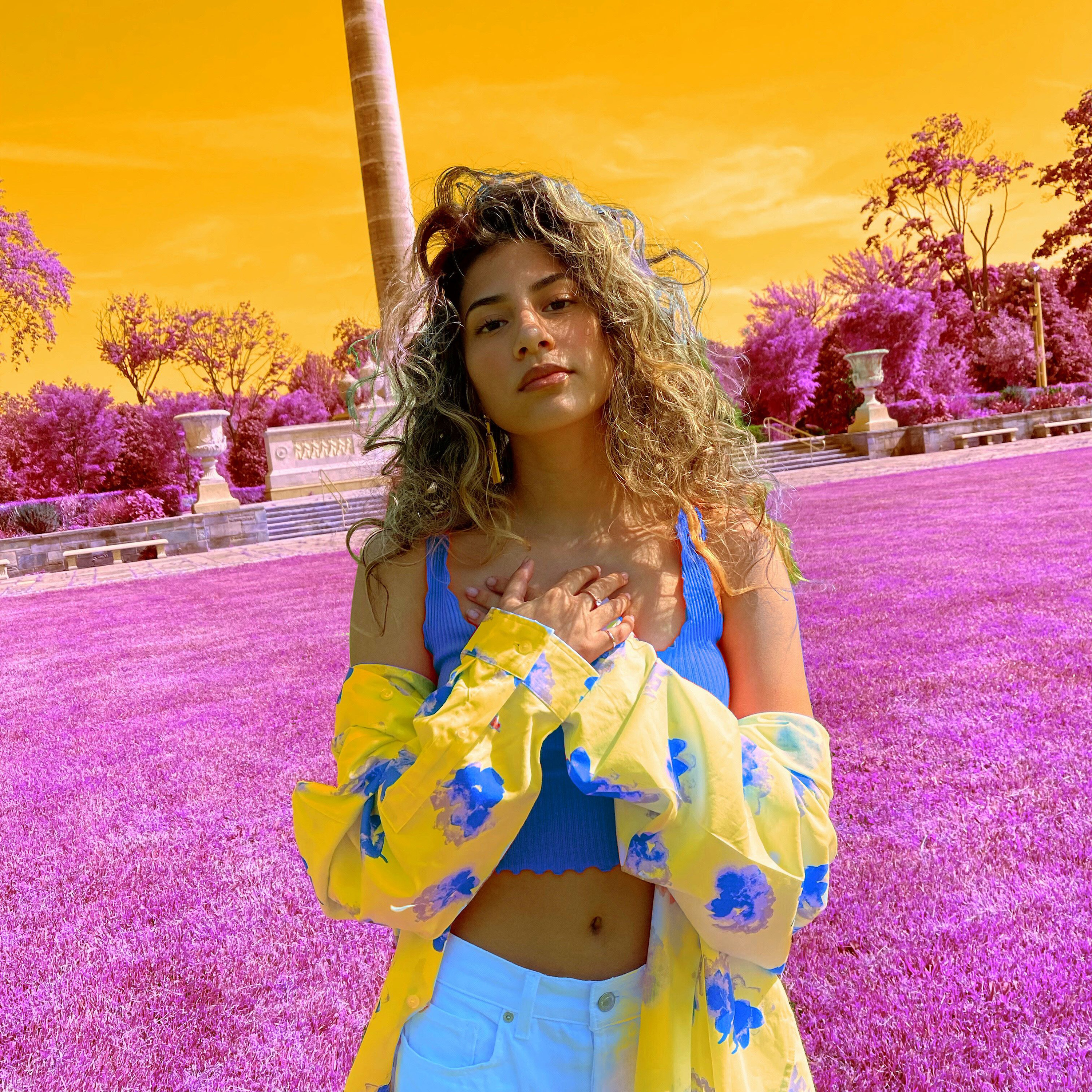 With positivity, love, and self-empowerment front and centre, ease into a musical escape like none other with Latin-Pop singer/songwriter Mia Lailani’s stunning debut album, Blink of an Eye.

Backed by dulcet-ballads and fresh beats, Lailani’s breakthrough offering explores concepts of love, self-awareness, and the world around her. A natural storyteller through lyric, the 11-track LP lands as reflective, insightful, and wise beyond her years.

“If I had to use one word to describe this release, it would be ‘growth,’” Lailani shares. “In truth, this word not only describes my past year as an artist, but as a person...

“While being in the process of making this album,” she continues, “I realized and analyzed how each of these experiences helped me to develop, and become a more mature and understanding young woman. I also considered just how much time flew during that moment in my life… It made me think, ‘wow, everything just passed in a ‘blink of an eye.’”

As an album, Blink of an Eye also delves further into the concept that “people connect with music for several reasons, but one thing they have in common is that they go through an evolution,” she adds.

With that, songs like “Sweet Dreams” and “Mama Said” — a soulful, R&B swooner about self-improvement and embodying one’s self-worth, and a track touching on political issues in the world, and its effect on the younger generation, respectively — are mere starts at spanning the breadth of this 16-year old Bronx-based artist’s rich and varied perspective.

And if hot sauce and honey were lyrics, track “Sippin” would be it.

Primarily a Latin-Pop release, Blink of an Eye soars with added elements of retro-R&B and Reggaeton. Mid-tempo driven, the confidence in Lailani’s vocal execution — combined with a diverse lyrical content and instrumentation — makes for an infectious listening experience.

Blink of an Eye may be Mia Lailani’s first full-length album release, but she first officially stepped onto the scene in 2018 with the single, “We Have.” From there, follow-ups — including “Magic Hour,” “The Love You Owe,” “Clue,” and more — have garnered her upwards of 40,000+ streams across Spotify alone. She also just unveiled a new official mini documentary, “You Found Me First;” the first-hand, behind-the-scenes eight-minute visual tracks Lailani’s path through today, and is available via YouTube.

Speaking of path, to say Lailani has been a singer from the start would be an understatement; discovered in her crib at age two singing Alicia Keys’ “No One,” her mother and their musical family would waste little time starting to nurture her craft. With her first songwriting credit by age 10, Lailani’s track — “Be With You” — was also the start of her work being produced by her brother, DJ and producer Devan Ibiza.

“The energy that was created by both of us was unintentional,” she says of working with her sibling in the studio. “But it captured instantaneous magic… He brought the incredible beats, which were so effortless for me to write to. Together, we’ve been unstoppable.”