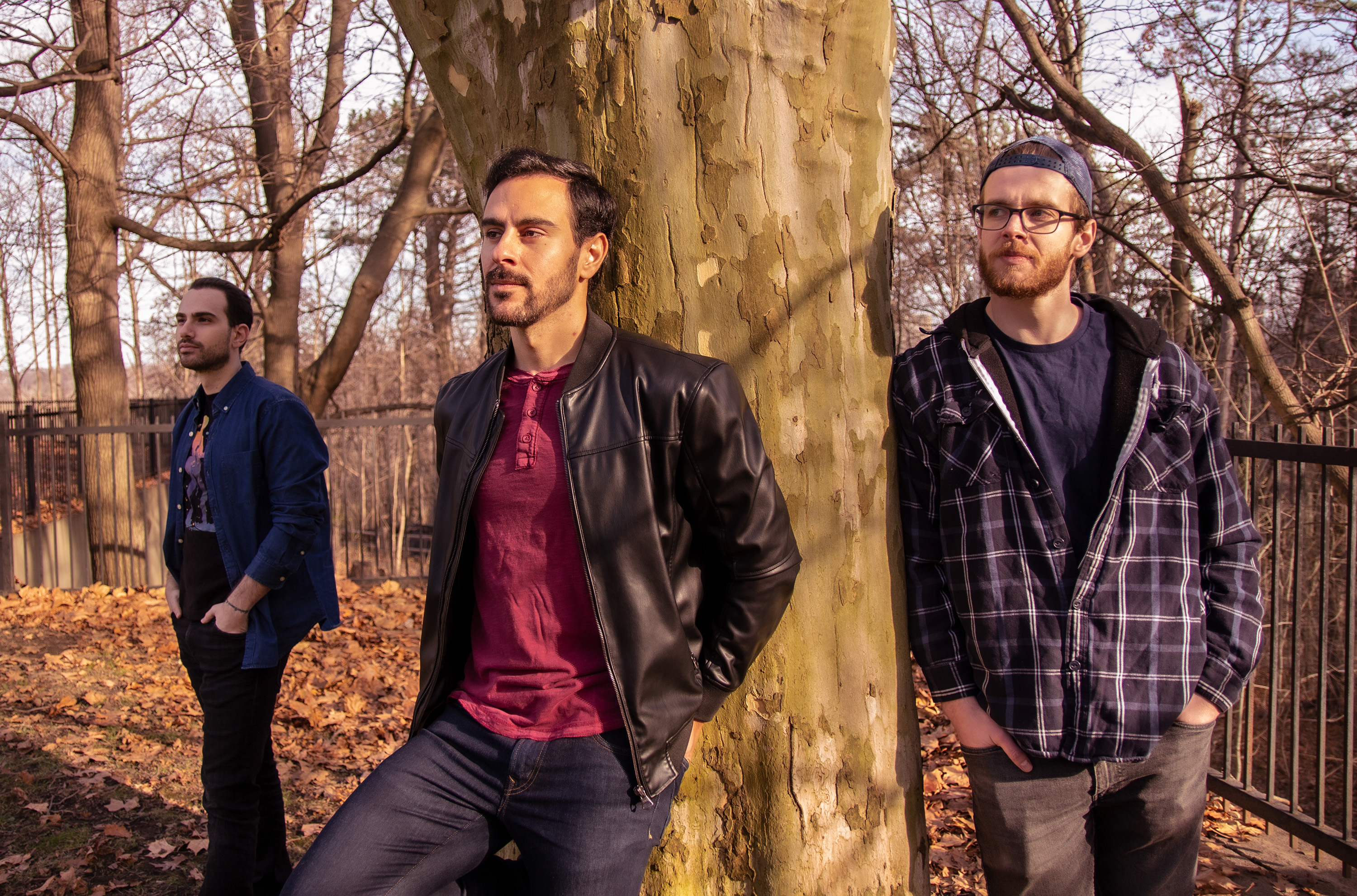 In a release that’s anything but “Futile,” Canadian rockers Derev harness the intensity of metal with atmospheric progressive sounds, all while incorporating elements of their Arabic and Armenian heritage in this, their propulsive new single —  check out the video here on YouTube:

The freshly pressed debut track for the Toronto-based three-piece features the guest vox of Adel Saflou (Ambrotype); its video then whisks audiences on a vivid journey through the mind of an individual who is exhausted from a life lived glued to a screen and yearns to return to a more natural way of life.

“Contrary to what one might assume when seeing the music video, it’s not meant to illustrate or predict our future as this ‘doomsday,’” says Syrian drummer and songwriter Michel Karakach. “We’re not predicting the future or saying that our species is going to be dominated by machines or overtaken by this advanced artificial intelligence.”

“Rather, it’s about the present situation and how integrated we have become with this technology,” Armenian guitarist and songwriter Armando Bablanian adds. “We are so dependent on it that we hardly do any activity that does not involve us being behind a screen.”

“Futile” is the first single to land ahead of Derev’s forthcoming EP, Leap of Faith — available this Spring.

“Musically, the album combines the energy and intensity of metal music with the atmospheric feel of old-school progressive rock music,” bassist Liam Horrigan considers. “It’s also filled with mellow sections and solos that trigger emotions and deliver the message of the EP, not only through melodies and lyrics, but also through a personal and intimate experience.

“There’s many peaks and troughs.”

Although Leap of Faith isn’t slated as a concept album, per se, the common theme is about seeing things from a different perspective. “And taking action to make a change,” Bablanian offers. “Each song aims to discuss a different topic, and we target numerous controversial ones — including social issues our community faces on a daily basis.”

“It starts with a track that talks about questioning things that are culturally presumed as absolute truths: what is moral, what is taboo, the idea of going to war for peace, and so on…” Karakach expands. “The album also discusses personal struggles and hurdles that bring us down, leaving us stumped and overwhelmed with doubt and remorse, rather than taking action and achieving what we set out to do.

“The overall experience of Leap of Faith delivers a message that every listener can relate to on some level, and be moved by.”

Leap of Faith may be Derev’s newly minted breakout album, but the band’s earliest rumblings could be heard a long time ago.

With Bablanian and Karakach first meeting in high school while living in Kuwait, “we were unable to pursue the project at the time due to the circumstances of living in the Middle East,” they share.

In the meantime, Karakach received his dental degree in Syria before immigrating to Canada,  actively drumming and songwriting along the way. For his part, Bablanian received an engineering degree from the University of Toronto while also part of Canadian metal band, Till I Conquer — with whom he released an EP and three singles. Horrigan — also a UofT engineering alum — used to be in the Ottawa-area band Open Season; he’s also released a solo alt-rock offering under @t_ii_f.